Why there is no legitimate reason to repeal the 18th Amendment 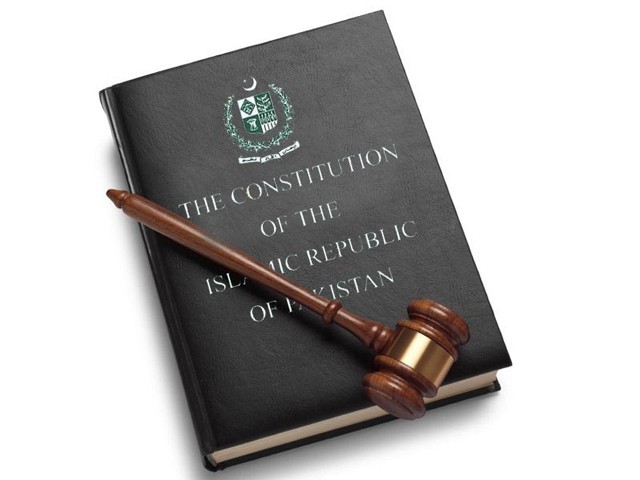 In any event, it is myopic to think that the 18th Amendment wasn’t adequately debated. PHOTO: FILE

Talk of repealing the 18th Amendment is once again in the air. Such talk is about as toxic to the concept of federalism in Pakistan as the current smog situation is to our lungs. The general debate regarding repealing the amendment has more or less focused on how it has turned Pakistan into a confederation. I recently wrote about how this argument was flawed in Express Tribune’s Op-Ed column. But now a new line of attack seems to have surfaced.

Unfortunately for the critics, they are taking the CJP’s remarks completely out of context, and I doubt if something like this would ever endanger the amendment before a court of law.

First, to understand the CJP’s remarks we need to understand the conversation that led to them. The Supreme Court was hearing a case regarding a dispute between the federal government and the Sindh government on the subject of the ownership of three hospitals in Karachi. The government of Sindh was of the opinion that after the 18th Amendment, healthcare had become a matter that fell within the provincial domain. Therefore, these hospitals should be managed by them and not the federal government. In order to determine the right answer to this issue, the Supreme Court had to interpret certain provisions of the Constitution in light of the 18th Amendment.

It was in the context of interpreting the 18th Amendment that the CJP remarked that there wasn’t sufficient debate in the parliament regarding it. The reason for this was simple: it is an established principle of constitutional interpretation that in cases of ambiguity regarding a constitutional provision, the courts look to legislative debates that led to that provision to assist them in coming to an interpretation that is in line with the will of the parliament. The CJP was not questioning the 18th Amendment; he was merely saying that there wasn’t enough debate to help him resolve certain ambiguities in its text.

So, for proponents of repealing the 18th Amendment, this new ammunition is a bit of a dud.

In any event, it is myopic to think that the 18th Amendment wasn’t adequately debated. True, the parliamentary debates weren’t extensive, but that doesn’t mean they were non-existent. In fact, a special committee of parliament, which finalised the draft amendment, debated and revised the amendment for over nine months. These debates are available and show the thought process behind the enactment of the amendment.

It was the NFC award, that powerful measure for the creation of provincial autonomy that caused the first murmurs of discontent from the establishment to be heard in 2015, when it was said by Ishaq Dar that extraordinary fiscal space was needed by the federal government to deal with internally displaced persons (IDPs). This sentiment would be bolstered by the Army Chief saying that the 18th Amendment was creating hurdles in allocating fiscal resources for national security. As Senator Farhatullah Babar recently explained at the Asma Jahangir Conference: calls for repealing the 18th Amendment are really just calls for repealing the restructuring of the NFC award and the greater fiscal independence given to the provinces.

Yet, this argument is flawed. As I pointed out in my Op-Ed on this subject, quoting Dr Hafeez Pasha, in 2016-2017, the net revenue receipts of the federal government were Rs2,583 billion, while the expenditure needed for debt servicing and defence was Rs2,237 billion. This left a surplus of Rs347 billion for the federal government to meet other expenses. What this shows is that Pakistan’s favourite monetary splurge project, defence spending, won’t be facing any financial crisis because of the 18th Amendment.

There is no legitimate reason for the repeal of the 18th Amendment. The only people who want it gone are those who harp on about having a ‘strong centre’. But a strong centre has never been the best model for Pakistan. Our history is a testament to that fact. The 18th Amendment finally fulfilled the Constitution’s promise that we are a ‘federation’. We need to make sure things stay that way.