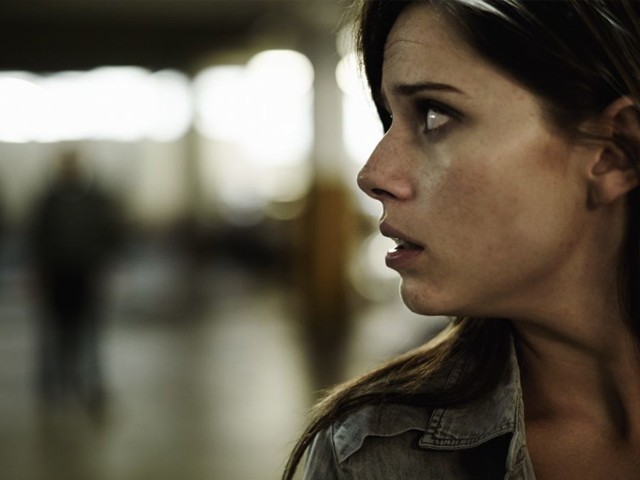 My breath became ragged and harsh, and my eyes widened. I didn’t think I was going to make it out alive. PHOTO: GETTY

For every person, there is one emotion they can never handle with ease. For me, that emotion is anxiety.

As I stand amidst the neon lights and blaring music, my hands are sweating profusely and my eyes dart from corner to corner in search of a means of escape. My heart is clogged with a lump that threatens to emerge in the form of tears. The atmosphere around me is so loud that I feel my own personality melting into the beats of the drums. But no matter how much I wish to, I can’t drink away the troubles of my life like these people do. My life is so much more complicated than that.

Being a bartender isn’t an easy task. And if it isn’t hard enough already, the atmosphere and people make it even more difficult. The air was heavy with the smell of perfume and alcohol. The sound of popping beer cans and fizzy drinks was everywhere. But nothing bothered me more than the bulky, bearded man towards my left, covering my exit. I had waited long enough for him to move aside, and in that waiting, had worked 20 minutes over my time. I wondered when Anya would be here, so I could get out of this place. Mother and bhaiya would be worried, and baba too – if he wasn’t drunk and unconscious.

The man to my left looked pretty drunk and I could easily decipher how much sense he had in him by looking at him stand with his weight pushed against the wall. I decided to squeeze through the little space he had on his right, but I was closing in when he shifted, facing me, with no escape now.

I try to shove him aside but he is too heavy.

“Why don’t we stop and chat? A cup o’coffee, whatcha say?” he asks again.

My breath became ragged and harsh, and my eyes widened. I didn’t think I was going to make it out alive. My hands trembled at the sides as I stifled a scream. There was fear gripping me as I had flashbacks. Images of a black shadow, the sound of soft susurration of footsteps, like a threatening whisper. It wasn’t coming from anywhere, just a sound that encapsulated me in a pit of despair. And then light, blinding flashes of light, the taste of tears, and pain. The unbearable pain as if something inside me was being ripped apart.

Twenty years later and something inside me told me it was going to happen again. My mother’s words rung in my ears:

“Never put your honour at stake. We’re the Yusufzai tribe. We’ll fill empty stomachs with hope and listen to the taunts the world throws at us, but never put our women’s honour at stake. Even if that means accepting our doom in the form of death, child.”

I had ignored these words thinking, what did my mother know of being caged and feeling trapped in your body? But today, I wondered if life was better being called badchalan (characterless) and dishonoured or going through something so painful again. What had the doctors called it? Rape. I hadn’t known what it meant. Now I wished I didn’t have to learn it.

Swallowing the saliva in my mouth, I pushed the man with all my strength but to no avail. He was stronger than I was, and gripped my arms with all his force, refusing to let go. The smirk on his face was devastating and vicious. I let out a cry and he clamped his sweaty hand over my mouth. The pressure and adrenaline made me lose conscience.

When I woke up, tattered and bruised, I knew it had happened again. My legs seemed to be frozen into place, so I crouched into a crawl and dragged my body to the opening of the dark alley, gasping and choking. I clawed at the walls with chipped nails, and struck the ground, until I was out of energy. Tired. So I just lay there, convulsing and twitching.

The light in my eyes slowly faded away, and as I fell into what seemed like an ever-consuming darkness below, one word hung onto my mind, almost as if taunting me: dishonoured.