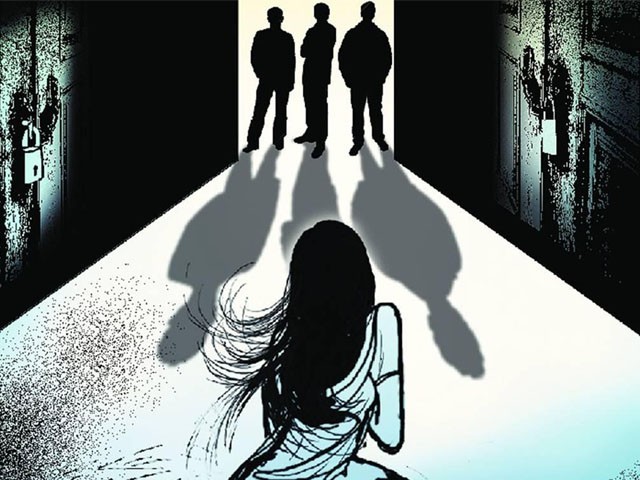 We have hundreds of ‘honour’ killings each year, with no end in sight. PHOTO: PINTEREST

There is an unholy pestilence infesting the national soul and on July 18th in Multan, it manifested in all its hideous reality.

The more one reads up on the incident which took place in Muzaffarabad in Multan, the more one descends into a moral sinkhole where nothing but the purest evil dwells. To punish the sexual assault of a 13-year-old girl by a 16-year-old boy, the rapist’s 17-year-old sister was raped by the victim’s brother on the orders of a panchayat. As if that were not sufficiently vile, it has also been learnt that the mother of the rapist ‘offered’ her two older, married daughters to the panchayat. This offer was rejected and it was decided that the younger, unmarried one would be the recipient of the retribution. The assault itself took place in the presence of the panchayat and the girl’s parents.

Let’s start by making one thing clear – there was not one rapist here but 25. Each and every member of the panchayat is guilty of rape even if they did not physically participate in it. But beyond the individuals who participated in this atrocity exhibition, what moral fibre can we lay claim to if we do not seek the societal elements that allow the birth of such malevolence? To put it simply, how can 25 people collectively believe that raping a girl can constitute as punishment for the rape of another?

To what insignificance must the body and emotions of a girl be consigned if she can be considered a mere vessel for family honour? What ethical and intellectual decadence have we arrived at when the rape of a girl is not considered a crime against her living, breathing, sentient being but against the supposed honour of men?

Another seemingly bizarre aspect of this incident is the presence of at least four women in the panchayat. But it is bizarre only till we recognise something tragically obvious. So deeply ingrained is the notion of family honour residing in the reproductive organs of women and so successful is the diminishment of the female prerogative that even women themselves have imbibed this poison.

There are, of course, many who would claim that this is a rural phenomenon, that such horrors are the product of illiteracy and archaic local traditions. Lest this ubiquitous canard be offered up again, let us recall the words of the former ‘enlightened and moderate’ former president Pervez Musharraf in response to protests surrounding Mukhtaran Mai’s gang rape at the orders of a panchayat in 2005:

“You must understand the environment in Pakistan. This has become a money-making concern. A lot of people say if you want to go abroad and get a visa for Canada or citizenship and be a millionaire, get yourself raped.”

Not only must rape be trivialised, the precious few who dare to speak up must also be shamed and mocked into silence. The thing is, at least extremists and those like the panchayat in Multan are honest about their intentions and their beliefs. There are far too many of us who offer no resistance to misogyny and oppression, choosing instead to either rationalise or engage in a psychotic denial of what women in Pakistan endure.

We boast a lot about how our faith gave women their rights 14 centuries ago. We never fail to retort to those criticising the oppression of women in Pakistan with this popular adage. The problem is, it is 2017 and we are still woefully flunking this ideal that we unfailingly espouse in our defence. Instead of due rights, we have women burned alive for marrying against their family’s wishes, doused with acid for refusing proposals. We have hundreds of ‘honour’ killings each year, with no end in sight.

I am reminded by our national obsession with honour of a magnificent short story by Shirley Jackson called The Lottery. In the tale, a small town holds an annual ritual in which a paper ballot determines who will be stoned to death in the village square. The purpose of the ritual is to cleanse the town of evil and ensure a good harvest. It seems to me that in Pakistan, every now and then, a woman is sacrificed at the altar of our fears and only through her blood can honour and purity be reclaimed.

The truth is, with each such death, we come collectively closer to a moral and cultural demise. We do not purify our souls but blacken them ever more.

We are all voyeurs of this spectacle. We all stand in the village square. And if we open our palms and look within, we will find that we each hold a blood-stained stone.