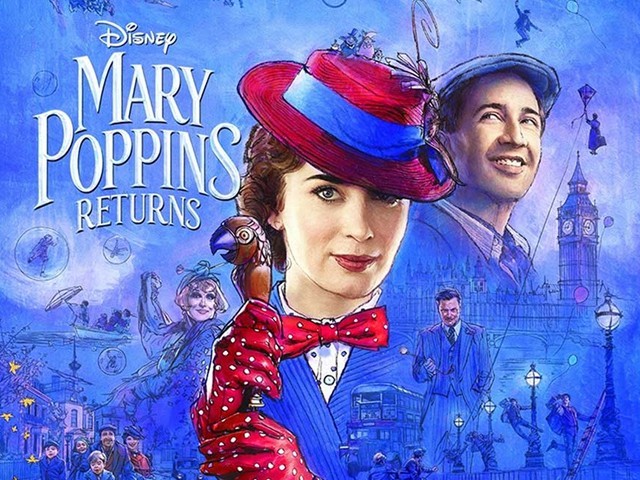 The film tells the story of the charming, witty and intelligent nanny Mary Poppins, who returns after approximately 25 years of the previous film. PHOTO: IMDB

It seems that a new era of modern musicals has started in Hollywood. Directors are experimenting with this cinematic form that accentuates song and dance sequences as a form of expression within the storyline. Box office hits such as La La Land (2017), Les Misérables (2012), Hairspray (2007), and The Greatest Showman (2017) are testimony to the fact that filmgoers love this genre.

Another film in point, which has been very well received, is the recently released fantasy musical with an unconventional, escapist sort of realism – Mary Poppins Returns.

Based on P L Travers’ children’s book series of the same name, Mary Poppins Returns is actually the sequel of the Julie Andrews and Dick Van Dyke classic Mary Poppins (1964).

While addressing the family issues and children’s behaviour, the film’s main theme explores the power of risk and possibility, as the titular character suggests,

“Everything is possible, even the impossible.”

Set in the background of the Great Depression, Mary Poppins Returns tells the story of a charming, witty and intelligent nanny, Mary Poppins (played by Emily Blunt), who returns after approximately 25 years of the previous film, in which she was the nanny of Jane (Emily Mortimer) and Michael Banks (Ben Whishaw). 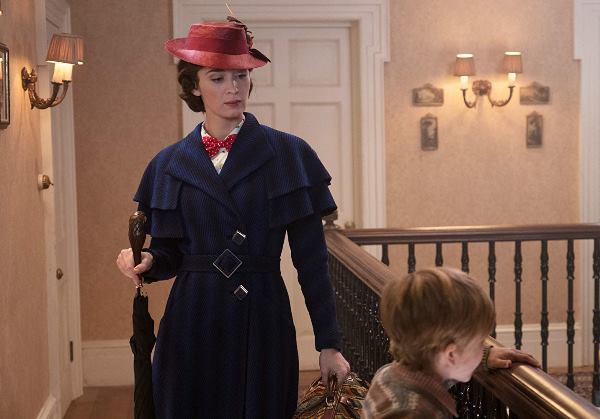 Now, Michael and Jane are adults, living in their ancestral home on Cherry Tree Lane in London and raising the three children, Annabel (Pixie Davies), John (Nathanael Saleh), and Georgie (Joel Dawson), of the widowed Michael. The family is facing immense financial problems as the Fidelity Fiduciary Bank is demanding the return of the loan Michael took during his wife’s ailment. If he fails to return the loan on the due date, he will lose his house. 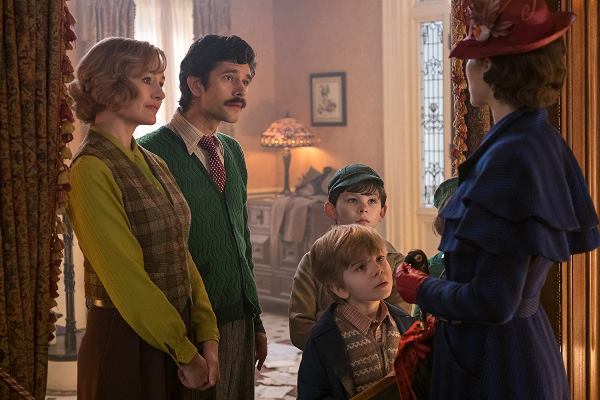 In his desperation to find a solution, Michael recalls that his father owned shares in the same bank and they are enough to cover the long awaiting loan. Hence, both brother and sister start digging old documents to find the relevant certificate of ownership, but ultimately fail to find them. On the other hand, the bank manager, William Weatherall Wilkins (Colin Firth), pressurises them to either show the certificate or leave the house within a few days. 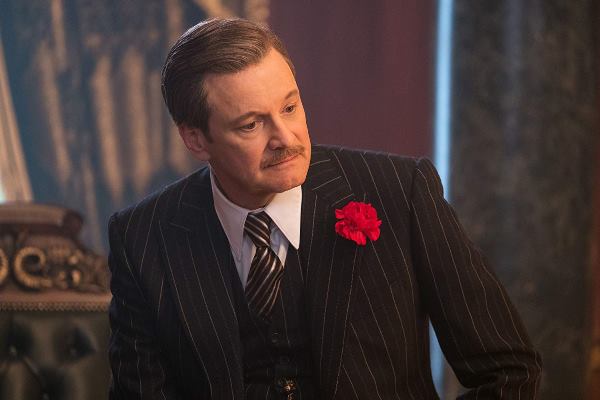 In this hour of misery, Poppins emerges with her umbrella and a small bag, and when asked why she has returned, announces,

“Same thing that brought me the first time: I have come to look after the Banks children.”

She is soon joined by a persistent and idealistic lamplighter Jack (Lin-Manuel Miranda), who was a young boy when Poppins was Banks’ nanny 25 years ago. This time he helps her take care of the family and children. 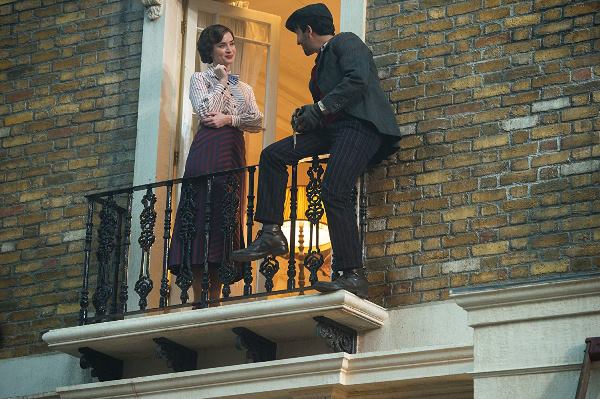 The rest of the plot revolves around the exciting activities and adventures of the three children, Poppins and Jack, while Michael and Jane try to manage other affairs. In between all this tension and escapades, there are numerous swanky orchestrations that will remind you of the classic era of Hollywood musicals.

Director and choreographer Rob Marshall, who is well-known for his musical crime drama Chicago (2002) and Into the Woods (2014), tries to adapt the essence of the original film while keeping the quintessence of the modern plot. Marshall once again brings together two big names from Into The Woods, Blunt as the protagonist and Meryl Streep as Topsy. Although Streep as usual showed her outstanding performing skills while uttering dialogues in a unique accent, her forte is pretty wasted in the small role of Poppins’ Eastern European cousin who owns a fix-it store. 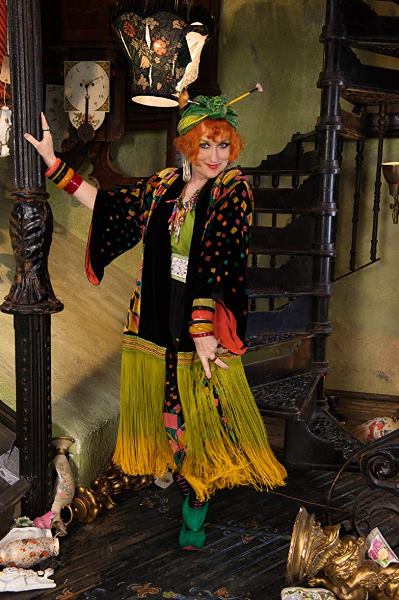 Similarly, Van Dyke, who played the role of Bert and Mr Dawes Sr in the 1964 original, appears in the trivial role of Mr Dawes Jr, just to utter a couple of dialogues and show off a few dance steps in this sequel. 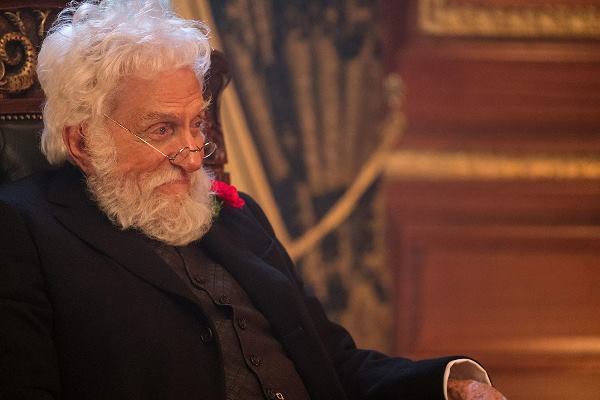 The main feature of the movie is the music by Marc Shaiman and the lyrics by Scott Wittman. The characters confront their tribulations and snags through singing, and the songs are well integrated into the storyline. Shaiman and Wittman thus successfully show characters’ despondency and contentment through moving songs, and the score is not for an event changeover but is a burning part of the storyline.

However, the songs soon become unappealing. They are unexceptional overall and miss the element of longevity; something frequently associated with the music of the original. Only the melancholic ballad The Place Where Lost Things Go is a poignant number that may stand out and be well remembered years from now.

Moreover, this film leaves no doubt that Blunt is a superb performer who knows her role’s exigencies. She looks pleasant even as she puts on a sombre mood or when she stiffens her stare and gives a diminutive smile. She is ingenious and mysterious and knows when to create illusions for the little ones, making her the perfect actress for this role. Blunt also has good onscreen chemistry with Miranda, particularity while singing and dancing. In doing all of this, not once does Blunt try to imitate Andrews, and for this she must be appreciated. 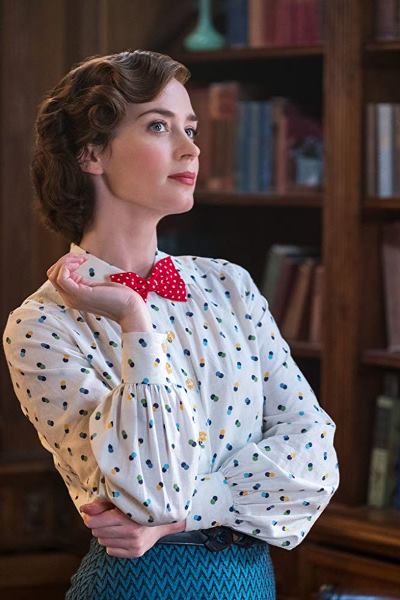 All in all, one should understand that Mary Poppins Returns is not a remake but a sequel with a heartfelt take on a supercalifragilisticexpialidocious nanny that has been made after a long period of 50 years. Comparing it with the original is not only unfair, it is also inappropriate, as the storyline is not the same and the new film has been made with a nostalgic point of view as well as a lot of admiration for the classic movie. The animated sequences also are made in reverence and are not intended to mock.

The overall theme of the film is vivid and jovial, optimistic and inoffensive, constantly jumping between reality and fantasy. David Magee’s amusing yet heartfelt script will definitely entertain fans, despite its flaws.