Dull and unfocused, Bird Box is no better than a recycled mix of The Happening and A Quiet Place 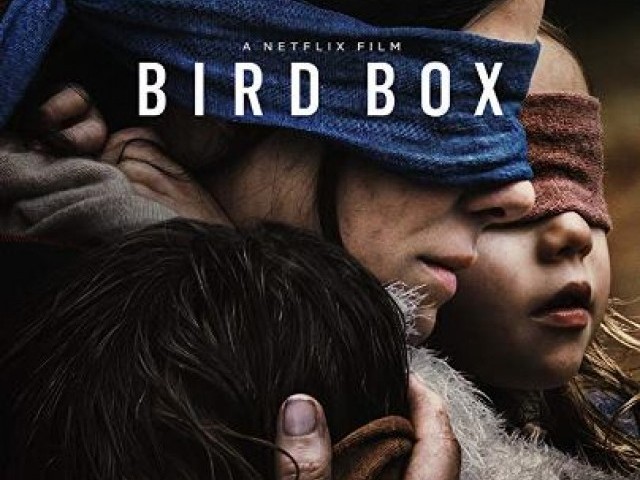 While the film is awash with throwaway performances, Bullock’s well-composed performance as Malorie is truly a diamond in the rough. PHOTO: IMDB

Post-apocalyptic movies are a dime a dozen in Hollywood these days. For some reason, this seems to be the latest genre that Hollywood is intent on milking for every buck. Chances are, if you’ve seen one, you’ve seen them all, particularly the post-apocalyptic movies that see a group of survivors (from basically every demographic) band together to fight off an evil force, as humanity faces extinction. Be it zombies, monsters, aliens, giant-sized insects or in the case of The Happening, plants.

While there is nothing wrong with the genre itself, Hollywood’s approach to making mainstream post-apocalyptic blockbusters remains largely the same which is both frustrating and incredibly repetitive. In the case of Bird Box, Netflix’s latest film, the rule of thumb remains the same.

Simply put and as pointed out by various others, Bird Box is basically a mishmash of M Night Shyamalan’s The Happening from 2008 and John Krasinski’s A Quiet Place from earlier this year with some zombie movie elements thrown in for good measure. The end result is a thoroughly mediocre film that feels like a patchwork of ideas, themes and moments recycled from other films in the same genre that never fully resonate or engage.

Adapted from Josh Malerman’s novel of the same name, Bird Box basically centres on an apocalyptic event brought about by a mysterious and ominous creature that drives people to suicide once they see it. Sandra Bullock stars as Malorie, a mother of two trying to survive in the midst of this global crisis. With her eyes covered in a blindfold, she finds refuge in a large mansion along with a group of other survivors at the beginning of the film. 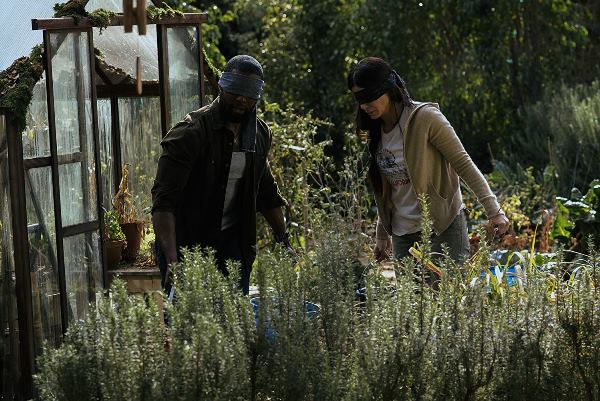 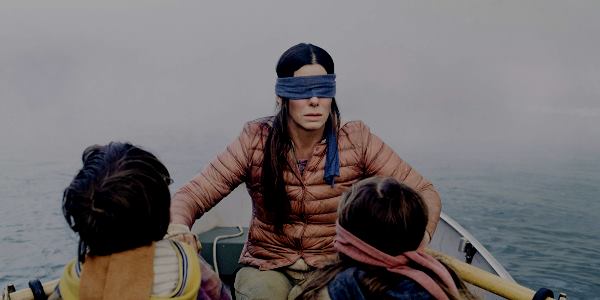 Bird Box never truly manages to find a balance between these two timelines and one isn’t better than the other. In fact, none is particularly engaging at all. Director Susanne Bier is a talented filmmaker who has directed some affecting dramas in the past like After the Wedding and In a Better World and while her craftsmanship certainly cannot be faulted, she fails to inject the film with any sense of genuine emotional depth.  The vacuous, cliché-ridden conversations between the survivors aren’t particularly interesting and it’s even more difficult to empathise with some of their decisions through the course of the film. 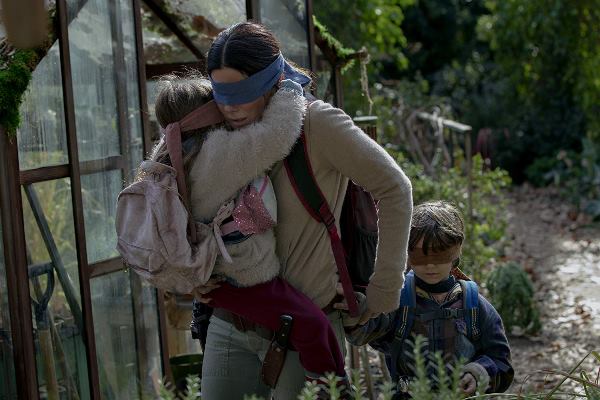 Eric Heisserer’s messy screenplay (which ultimately gets the bulk of the blame for these shortcomings) also suffers from an abundance of characters, many of whom are underdeveloped, one-dimensional and/or disposable, and are thus unable to serve any real purpose in the story. Rather than keeping the story minimalistic and focusing completely on Bullock’s character, the film regularly chooses to focus on these utterly dull individuals. Focusing more on her character would perhaps have made for a better, more though-provoking story. 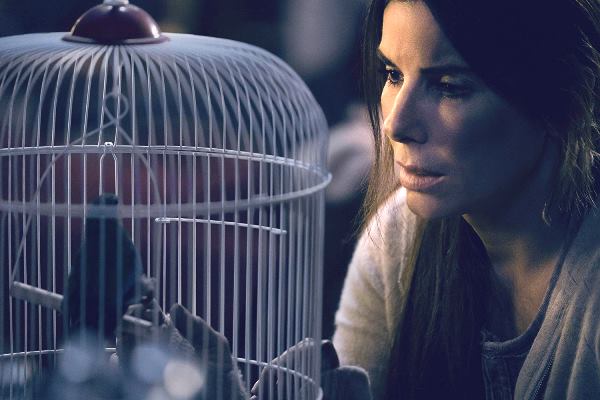 To its credit though, the film does have a degree of tension and suspense attached to some scenes, which can be fun to watch. Many of these scenes are hampered with jump-scares but in the context of the film, they actually work well. The most exciting of these scenes comes towards the end of the film when Malorie looks to navigate the treacherous river-stream with her two children, all while being blindfolded. While the film is awash with throwaway performances, Bullock’s well-composed performance as Malorie is truly a diamond in the rough. 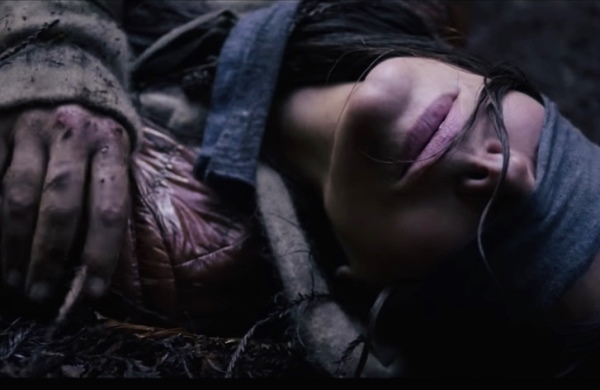 Ultimately though, it can’t make up for the fact that Bird Box is a very dull and unfocused film. It is neither the thought provoking sci-fi it should have been, nor the scary creature movie it could have been. The concept is not great but in the hands of a more accomplished filmmaker and screenwriter, this film could have been better. The choice to frame the creature exclusively through the point of view of the victim – whose eyes dilate and change colour upon seeing it – could certainly have been avoided.