11 years later, both Pakistan and PPP are suffering the loss of Benazir Bhutto 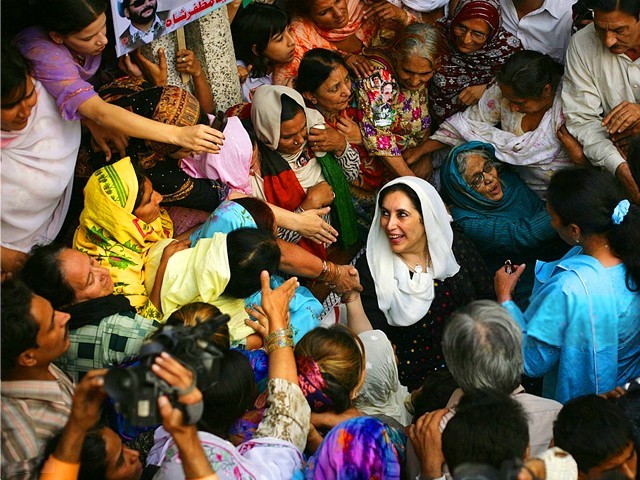 I still remember the date. It was October 18, 2007, the day Benazir Bhutto returned from self-exile. I was posted in Karachi at the time, and it seemed as if an electric vibe was going through the entire city. As I returned from the office, I could see cars and buses full of people, many of whom were waving the Pakistan Peoples Party (PPP) flag.

I was with a colleague who, after seeing those PPP supporters, could not hide his disgust and remarked:

(This is an illiterate nation; welcoming a corrupt woman. These Bhuttos have looted the country. That is why I say democracy is not for us)

Once back home, I watched the live coverage of her return. What I saw on TV that evening was breathtaking as till that point, I had not witnessed such a crowd in my life. Even though I am a PPP supporter now, at that point I was not. However, I could not prevent myself from getting overawed, for to call the crowd massive would be an understatement. The sheer size was creating an atmosphere difficult to define in words. Most of the crowd comprised of individuals belonging to the lower income strata; a group which is often referred to by us as the masses. As the camera zoomed in on these individuals, I could see excitement and hope on their faces.

After landing, Benazir had boarded a truck which was slowly making its way towards the Mazar-e-Quaid. I saw people dancing around the truck as it crept forward. My phone rang, and the same friend was on the line.

“Raza, look at these jahils (illiterates) dancing around her. God, how I hate her and all of them. Jahil qaum.”

I told him to calm down, but he just went on and on.

A few hours later, as I was watching the coverage, the twin blasts occurred killing more than 180 people and forcing Benazir to cancel her address at Mazar-e-Quaid. Suddenly, the mood of the carnival turned into that of shock and mourning. There was carnage everywhere, as there had been fear terrorists would try to attack her on her arrival, which unfortunately proved to be correct. As I was reeling from the shock, my friend called me again. I have never been able to forget the first sentence he spoke that day. He said:

“Raza, she is a murderess, and I am sure she orchestrated this herself to gain sympathy and also to strengthen the narrative that she is here to defeat terrorism.”

I could not believe what I was hearing. I questioned his absurd logic and requested him to come to his senses. However, he kept on arguing along the same lines. Eventually, I had to request him to stop talking altogether.

Barely two months later, Benazir was assassinated. I was in Lahore at the time, and I remember crying when I found out. My friend called me and while he expressed sorrow on her death, he refused to believe terrorists had killed her. According to his twisted logic, it was her husband who had gotten her killed. His hatred against Benazir simply mutated into another form!

My friend’s opinion was not unique; it is shared by countless others belonging to the white collared urban middle class in Pakistan. Benazir may have been loved by many, but she was hated by this particular class. They believed she was ‘corrupt’ and was only popular because of the support of what they considered the illiterate, unwashed masses. In some ways, perhaps the fact that she was loved by them was also the reason they hated her so much. No matter what Benazir did, she could never win over the members of the urban middle class of Pakistan.

What my friend and countless others from this class failed to understand was that eventual assessment of Benazir must go beyond the simplistic yardstick of ‘corruption’. What many from the urban middle class have never understood about PPP and Benazir is that populism with liberal, leftist undertones within the democratic framework (espoused by her and her party) thwarts religious extremism by diverting the masses to an alternative route. In fact, those who had brokered her return from exile in 2007 understood it and so did the extremists, and that is precisely why the latter wanted her dead. When she was coming back, she was well aware of the dangers yet she took the risk.

Besides her role in perpetuating populism of the liberal variety, her personal beliefs were also very liberal. Compared to her father, who had used religious sensitivities for political purposes, she stayed clear of playing on such a wicket. Pakistan would have been a more religiously tolerant country if she had been alive and had been given a chance to govern. This larger picture completely escaped Pakistan’s chattering urban classes back then, and it continues to escape them now.

Another major thing that eludes members of this class is that for a just and equitable society, masses must be politicised as only by doing so they become real stakeholders in the political system. When they become stakeholders, only then the government and the state respond effectively to real issues facing the common man. Both Benazir and her father Zulfikar Ali Bhutto’s major contribution was their role in effective politicisation of the masses. In the long run, this politicisation leads to greater equality, a fact well documented in the political economy literature.

However, as usual, our urban class completely overlooks this. In fact, as I have already pointed out, they hated both Benazir and her father for politicising the masses. I have a strong suspicion that in many ways, their exaggerated hatred for the Bhuttos is a form of covert hatred for the masses altogether.

A few days ago, I posted the following picture (dated 1986) on my Facebook which shows Benazir being adored by the masses. The reaction I got from my friends who, like me, belong to the urban middle class, was of contempt. The first comment was “jahalat zindabad” (long live illiteracy) followed by even more contemptuous ones. Even 11 years after her tragic death, people are not willing to forgive her and the ‘illiterate’ masses who worshipped her. 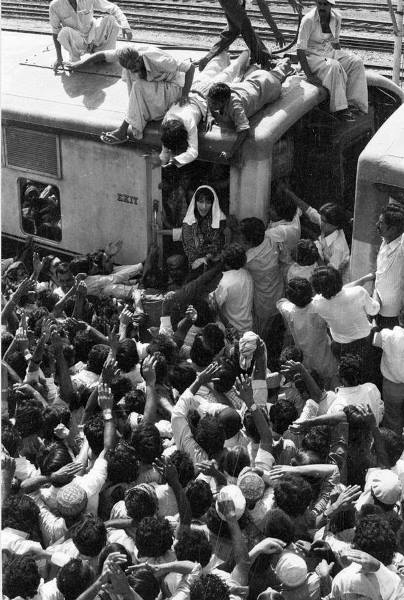 Of course, I am not saying the late Benazir did not have her flaws. All politics is realpolitik and she made some unflattering compromises. In her tussle with Pakistan Muslim League-Nawaz (PML-N) during the 90s, she indulged in manoeuvres which undermined stability of the country. Her governance record in her second term was quite poor as well. Having said that, she was by no stretch an exception. Pakistani politics unfortunately necessitate Machiavellian manoeuvres for gaining power, and at times for mere survival.

Today is her 11th death anniversary. Her party in her absence has been relegated to a rural Sindh party. This is a sad development, given its history as the only truly federal and well-represented party. The weakening of the PPP of course has led to disastrous consequences on the ideological and political landscape of Pakistan. Our ideological discourse is now dominated by reactionary rhetoric and politically, the liberal left is no longer relevant.

Pakistani urban middle classes will continue to hate her, but history will have a much better verdict. Pakistan is much worse without her.