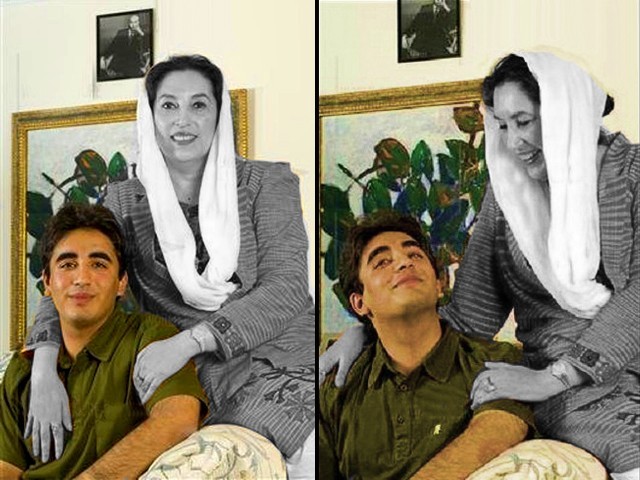 I have high hopes for Bilawal and for the future of PPP under him.

Today marks the 10th death anniversary arguably one of the most prominent Pakistanis in the world, Mohtarma Benazir Bhutto, the former Prime Minister of Pakistan and chairperson of the Pakistan Peoples Party (PPP).

Her death not only added to Pakistan’s ups and downs, but more importantly, led to a real leadership crisis in the country, as amongst all existing leaders today, none quite enjoys the stature possessed by Benazir. To date, she is the one and only symbol of a federation, a leader who enjoyed equal support from all across Pakistan.

Benazir did not acquire that stature merely because of her father, Zulfiqar Ali Bhutto, former prime minister of the country and one of our most prominent leaders in his own right. She became ‘Benazir Bhutto’, the symbol of peaceful democratic resistance, through the love she had for her party workers, her relentless struggle for Pakistan’s democracy, and the vision she had in mind to take Pakistan towards the path of further progress.

It was not just her father’s name, but also his spirit and charisma that she possessed, allowing her to reach the heights that she did. Zulfiqar Bhutto had two sons as well, Shahnawaz and Murtaza, and while both were good leaders and involved in politics in their own capacity, neither could gain the love and popularity that Benazir managed to, and that too in a society where sons are considered the true heirs to dynasties and women are not accepted as leaders.

Those who believe that Benazir emerged as a leader of the masses simply due to her father’s legacy are mistaken, as she could have chosen to live a happy life ruling her party from anywhere in the world, like certain other political leaders have done in Pakistan’s history. However, she chose to lead the movement against Ziaul Haq’s military dictatorship from the ground, and when given the option, chose peaceful resistance over the path of a revolution. She was put on house arrest, sent to Sukkur Jail where she was tortured and deprived of the basic facilities that are a right of every prisoner.

One whole book would not be enough to detail the atrocities and injustices faced by Benazir, despite which she continued her struggle, until she was assassinated in Rawalpindi. Her struggle was for a democratic Pakistan; her vision a true reflection of Mohammad Ali Jinnah’s vision for his country. She wanted to empower the downtrodden, the peasants, labourers, minorities, women, and all those who had been ignored or left behind by Pakistan’s powerful elite.

However, these stalwarts have never been the power of PPP – that has always remained with the Bhuttos of Larkana and the Bhuttos of Pakistan (the poor masses), who stood together for democracy and managed to put PPP in power in Islamabad.

If one questions whether or not Bilawal is following in his mother’s footsteps, the answer is unequivocally yes.

I have had the honour of working with him as part of his media team, and have witnessed several qualities in him that senior PPP members would tell us Benazir possessed. His best quality, which I have personally witnessed, is his stamina to absorb criticism. I don’t have the words to explain how patiently he listens to the criticism of his workers. There are several party aides close to him who are critical of various party leaders, all voicing concerns that he takes seriously.

As far as his vision for Pakistan is concerned, he is the only leader in the country who speaks clearly with no ambiguity. For instance, he has been speaking against religious militancy since the beginning. When the majority wanted to have a dialogue with the Tehreek-e-Taliban Pakistan (TTP), it was Bilawal alone who openly opposed it, and was later proven right. Furthermore, I have never witnessed any inconsistencies in his words and actions, with his vision to empower minorities being a true reflection of Jinnah’s August 11th speech.

But with all this in mind, it is also true that Bilawal has to struggle a lot to make Pakistan a progressive state, which is not possible without bringing back the life into PPP. The downtrodden class of Pakistan today lacks choice – Imran, Nawaz, and the rest have either been custodians of the status-quo, or are themselves representatives of an elite class. It is Bilawal who could be the clear choice for the downtrodden and the youth of Pakistan, just because of his clear stance on the most important issues being faced by the country, including terrorism and foreign policy.

In the next general elections, it is the youth bulge, with millions of young voters that are going to decide the election and pave way for the next government. Whoever wins the hearts and minds of this majority, will form the next government. It is high time for Bilawal to bring in new and young candidates and faces to PPP. While PPP had younger candidates who managed to win seats in Sindh, however, the remaining kept relying on its old forts, which will have to change.

I would, however, like to request Bilawal to create a direct relationship between him and his workers. Even though he has tried to do this, there still exists a gap which should no longer remain if he is to succeed. I urge him to employ a public relations officer (PRO) who could help him in maintaining contact with workers and has experience being a political worker himself, as in his current team, no one other than his political secretary is a political worker.

There are forces that have been keeping Bilawal away from his workers and his supporters – I urge him to not let them win. After Benazir, it is Bilawal who is the custodian of this clan, known as jiyalas, and it is his responsibility to keep this clan alive. Introducing new blood to represent him and the party in factories, colleges, and in the media would be a good start.

I have high hopes for Bilawal and for the future of PPP under him. May he live long, may he prosper, and may he finally get to achieve his mother’s and grandfather’s vision for Pakistan; a vision they could not complete for themselves.