Neither Republicans nor Democrats, the women of America won the 2018 midterm elections 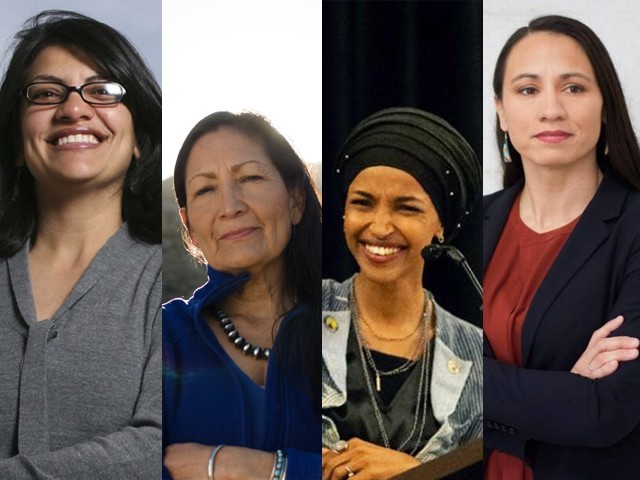 I still remember the night of November 8, 2016, as I waited for the major results of the elections to come in. At the time, I had been in the US for around five years and had started to consider it my home. Owing to the fact I am a person of colour belonging to the Muslim faith, the elections held special significance for me. This was only natural, as before the elections, then-presidential candidate Donald Trump had constantly whipped up hatred against people of colour, immigrants, and of course, Muslims. I identified with all three.

But I was not the only person who thought those elections were crucial. One of my friends who is a white American man and is also gay, likewise considered the results important. Another friend, a young African-American woman, was also heavily invested in the elections result, and so was a white female friend.

However, that night devastated us. I still remember when the Rust Belt states tipped the scale to Trump by razor-thin margins, and due to the electoral system he ended up winning the Electoral College. Despite losing the popular vote, Trump became the President of the United States. My friends actually wept as the night unfolded.

After assuming office, thus far his administration has merely confirmed the worst fears of all the groups I have discussed above. His government has virtually led an assault on the lesbian, gay, bisexual and transgender (LGBT) community, indulged in discriminatory policies against African-Americas, undermined women’s rights, attacked legal immigrants and constantly whipped up hatred against Mexicans and Muslims.

Given the past two years, it was only natural that these midterm elections became crucial. What Trump has done is polarise the country along the lines of white people versus various minority groups. Those who belong to any kind of minority have by and large come together and mobilised against Trump, and in return his supporters have merely hardened in their zeal. Not only that, this time around, a record number of candidates from minority groups also ran for office, particularly from the Democratic Party.

Right now, the US political landscape is depicting a classic polarised democracy scenario. In such a case, turnout is generally higher because the polarised camps are all charged up. Further, due to extreme polarisation, the median voter theory – which suggests that parties try to move towards the middle to gain votes once elections come near – does not apply to a great extent.

The midterms have proven the aforementioned two hypotheses. This time the turnout was a record high, with a whopping 113 million people voting. Further, the ideological rhetoric remained extreme, particularly from Trump and the Republican Party (GOP). In other words, parties did not try to move towards the middle as the elections neared.

The charged-up bases came out in record numbers and delivered a startlingly split verdict, which aptly mirrors the fault lines in the US. Democrats have regained the House while losing crucial seats in the all-important Senate. Even though the verdict is split and it is difficult to say who has won, there are some very significant trends which are extremely encouraging.

First, an immensely encouraging development is that a record number of women contested and won. An unprecedented 112 women are now elected to both the House and the Senate combined, beating the previous record of 107 women. Moreover, Sharice Davids and Deb Haaland became the first ever Native American women to get elected to Congress, while Rashida Tlaib and Ilhan Omar became the first Muslim women to take Congress. This shows that not only are women as a whole getting more power, but within that, women belonging to more disadvantaged ethnic and religious groups are also getting access to the corridors of power.

Second, equally important is the way women have voted this election. While women overall tend to vote for the Democrats, until the recent past white women still preferred to go with the GOP. For example, during the 2016 Elections, 53% of white women voted for Trump. White women without a college degree overwhelmingly supported Trump with a margin of two to one, but even 45% of college-educated white women also voted for Trump.

However, the trends have clearly changed in the midterms, particularly amongst white women with college degrees. According to exit surveys, this subgroup registered a more than 8% shift towards the Democratic Party, making it their overwhelming favourite. Not only that, even women without college degrees increased their support for the Democrats. While they still prefer the GOP at large, at the same time their acceptance of the Democratic Party has increased.

These are extremely good signs, as they show that the blatantly sexist and misogynistic attitudes adopted by Trump and his party have started to affect white women. Previously, it could be argued that race was considered more significant than gender which is why white women would at times ignore sexism to vote in line with their racial identity. However, during these two years, Trump and the Republicans crossed all tolerable limits and consequently even white women punished them at the polls.

The results of the midterm elections have actually been shaped by the votes of women. The way electoral dynamics are shifting, until and unless the GOP shifts its focus away from rural America and white men, it might become irrelevant. Race is a very powerful factor, but it is not the only factor. It is true that white people vote for the GOP, but when you also factor in sexist and misogynistic attitudes, there is a good chance the white vote will start breaking up along lines of gender. I, for one, am extremely glad this is finally happening.

Besides women, people of colour also overwhelmingly voted for the Democrats, once again underlining the growing distance between minorities and the GOP. Another big milestone was the election of an openly gay man as Governor of Colorado. It seems that all the groups are uniting against the GOP, once again raising serious questions over the party’s long-term viability.

The GOP now has two choices. It can move even more towards the right to capture the entire white vote (which will be difficult, as white women have started to distance themselves from it), or try to change their rhetoric and be more inclusive.

I sincerely hope that the party of Abraham Lincoln goes back to its roots!