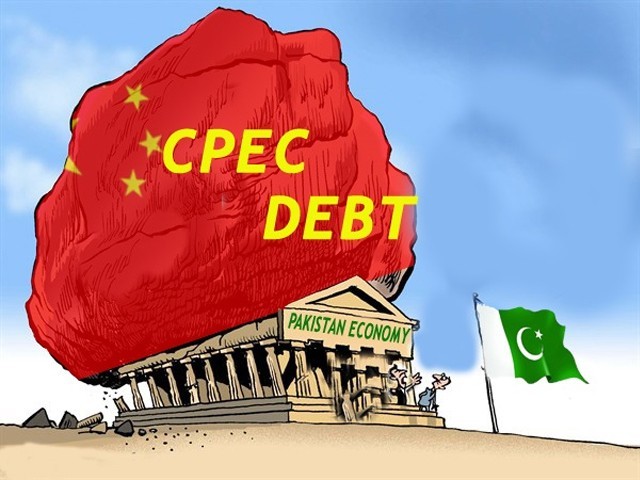 Many of the infrastructure projects are financed through debt. PHOTO: HAPPENINGINPAK

In Pakistan, China is the most active and positive economic force. So much so that continued cooperation between the two countries is supported by virtually all sides of this otherwise deeply divided country. Everyone from the Taliban to the secularist military leaders view Chinese investment as a boon to the country, the main source of job creation, and, in all truth, the most promising source of kickbacks for themselves.

It certainly is the case that the infrastructure projects part of China’s One Belt One Road (OBOR) initiative are the most significant economic development stimulus in the economically underdeveloped country, and the most likely to also have significant upsides for the people themselves, not just a handful of corrupt officials.

But it must also be acknowledged that China is not doing this out of the goodness of their heart. One aspect of this is quite uncontroversial: the strategic rival of China in Asia is India, which historically opposes Pakistan, so it makes sense to both China and Pakistan that they should align themselves geopolitically. The investments along the Indus River both strengthen Pakistan and entrench the country firmly in the Chinese sphere of influence, much to the perceived benefit of both parties.

What is less well-advertised are the terms of the cooperation, and the costs. Many of the infrastructure projects are financed through debt. They are Chinese projects built for China’s geopolitical and economic advantage, but they will be ostensibly owned by the Pakistani state, so the Pakistani state will pay for them – with loans from China.

By June 2019, Pakistan will owe Beijing $19 billion. But the interest rate on those loans average an astronomical 7% per annum, payable over 25-40 years. According to experts’ calculations, the cost of servicing the debt owed to China will average $7 to 8 billion per year, for the next 43 years, starting from now. To begin with, that will be between 0.5 to 1% of Pakistan’s Gross Domestic Product (GDP).

There is a reason why Pakistan is becoming increasingly dependent on Chinese loans. That is because the normal financial channels for sovereign debt would not extend such loans to Islamabad. No western investor would expect Pakistan to be able to pay off these kinds of debts on these kinds of terms.

Well, nor does China. But that is not an issue. In fact, that is the point. China has been extending loans on unsustainable terms throughout South-East Asia and the Pacific region. So what happens when things come to a head? Beijing will extend payment terms, or underwrite those parts of the debt which the debtor countries cannot afford – provided the local governments understand Beijing’s point of view on this issue of infrastructure, or that issue of geopolitical alignment, and so on.

Should any of the 16 countries identified by the US State Department as already under the sway of Chinese “debtbook diplomacy”, 17 now if we include Pakistan, try to wiggle free of Chinese impositions, they will most likely be confronted by the prospect of sovereign debt default. This would make any further economic development virtually impossible, and severely undermine their political stability in a region which is already volatile enough.

Pakistan, like so many other countries in the region, has its own good reasons for wanting closer relations to China at this moment in time. But if things go along the current trajectory, “cooperation” with China will become much less voluntary in the near future.

This blog was co-authored by:

Pakistan must not pay the price for PM Nawaz’s honour