Our bets on CPEC may not necessarily pay off 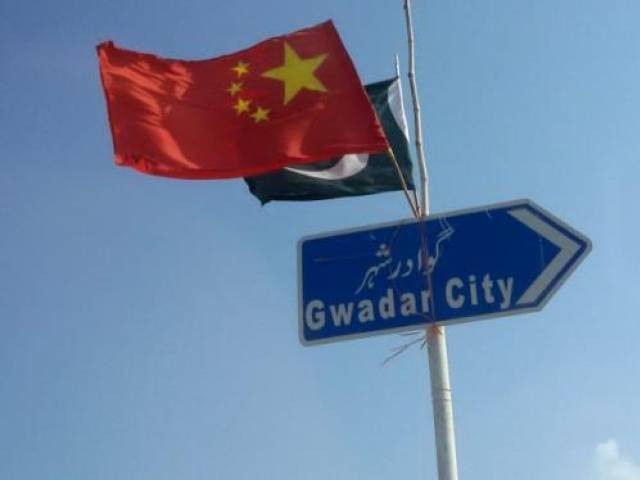 The Chinese and Pakistani flags fly on a sign along a road towards Gwadar, Pakistan January 26, 2016. . PHOTO: REUTERS

In Pakistan, China-Pakistan Economic Corridor (CPEC) has been trending for a few months. Like ‘Brexit’, CPEC is also a big step. Hence, any news related to CPEC spreads like fire. If you are attending an intellectual gathering, be up-to-date with the project. I’ve observed that CPEC is a hot topic at these get-togethers.

There’s no doubt that CPEC is important for Pakistan and it plays a pivotal role in regional politics, but it has been blown out of proportion thanks to print and electronic media. It seems that clock manufacturers in Switzerland are more concerned about CPEC than the precision of their clocks. And drug dealers in Mexico are planning to relocate their businesses to Gilgit-Baltistan so they can benefit from the project. Everything that happens or does not happen, all relies on CPEC.

Our regime uses this hysteria-type approach for a reason; it provides them a lollypop that can be fed to the masses for all the right and wrong reasons. For example, Balochistan has experienced the worst terrorist activities in recent months, and the government’s main point of discussion seems to remain CPEC – that too in this regard. It looks like all the enemies of Pakistan are targeting Balochistan only to destroy CPEC. CPEC-hysteria has aggravated to such intensity that we’ve failed to realise the obvious – was Balochistan peaceful before CPEC was initiated?

Another senseless claim made by the government is how CPEC is a ‘game-changer’ for the poor, deprived and neglected people of Balochistan. It seems that episodes of natural gas exploration from Sui and Reko Diq mine are on repeat telecast, which were also declared as ‘fortune-turners’ for the largest province of Pakistan.

Years – in fact, decades – have passed and the living conditions of the local people are getting worse day by day. In my opinion, CPEC will be yet another addition to this list of game-changers that have brought nothing but loot and plunder for the people of Balochistan. You may call me the promoter of provincial disharmony, but it’s a brute fact that Balochistan has always been treated as an unimportant, trivial and sometimes, unwanted part of Pakistan.

Keeping all pessimistic analysis aside, even if I look ahead with the hope of the CPEC dream coming true, I do not see Pakistan becoming a regional leader. CPEC is actually designed by China, for China. It will use Pakistan as a pathway to increase its access to global markets. The local industry of Pakistan will face a huge blow which, in current condition, will prove fatal. Cheap products from China have already elbowed out local products from almost every household. I still remember the Picasso ball point pen from Shahsons that became an instant hit and its tick-tock sound was everywhere. A few years down the line, you barely see it being used as Chinese pens are now available at less than half the price. Local entrepreneurs do not stand a chance at competing with an economy-of-scale manufacturer like China. With CPEC, China can access all of Pakistan, resulting in Chinese goods becoming even cheaper.

CPEC is a trade route. If trade routes can turn the tables for nations, Egypt would have been the world’s biggest power as it controls the Suez Canal which alone generates billions of dollars in revenue. The world is run by those who use that route – not by those who collect the toll tax.