Is CPEC a rebranded Chinese adaptation of the East India Trading Company? 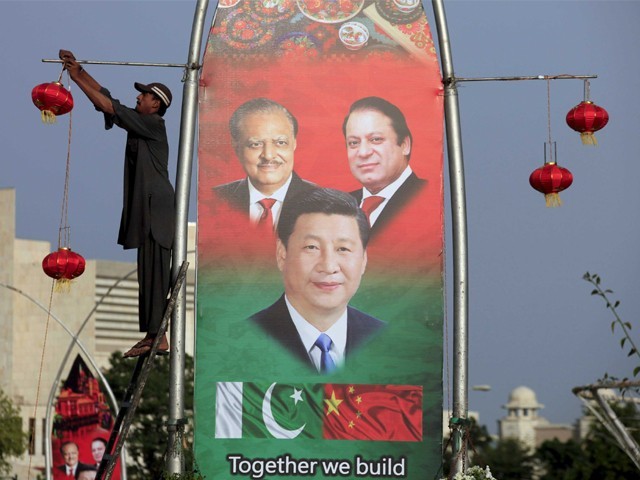 The proposition that the currently under way China-Pakistan Economic Corridor (CPEC) is in fact a rebranded Chinese adaptation of the East India Trading Company is certainly fraught with massive inconsistencies.

As has been prudently observed by many before me, it is highly unlikely that the Chinese state is going to use the garb of trade to forcefully occupy Pakistan, seize administrative control and establish a colony as a jewel in some sort of neo-Maoist Empire. Notwithstanding the ineptness of the Chinese at duplicating western artifacts, this might be a step too far, even for them.

The simple corollary of these observations is that any attempts to draw a parallel between CPEC and the East India Trading Company are just knave machinations on part of those seeking to ferment fear and anxiety regarding the CPEC by evoking sensitive historic imagery.

However, as unlikely as it remains that we will be subjected to any kind of colonial rule in this day and age, it is not entirely impossible that significant mishandling of the CPEC affair can cause serious harm, uncannily similar to the kind incurred during the Raj.

Currently, the Chinese investment pouring into Pakistan within the CPEC framework is unlike any foreign investment as a result of the sovereign guarantees provided by the state of Pakistan for a return on these investments. Unlike the customary private investor who devotes capital for an enterprise with the inherent risk of losing out on his investment if the business fails to perform well, the Chinese investor in CPEC is guaranteed a return on his money from the government of Pakistan, regardless of the profit or loss.

This means, for example, that if the electricity from CPEC-related projects is acquired at a higher price than it is sold, it will be the Pakistani taxpayer who bridges the gap for repayment. A similar situation would occur if revenue collection for energy bills were to fall short, something that isn’t a very far-fetched supposition in Pakistan today.

Overall, if Pakistan does or does not reap full economic benefits of the opportunity arising through Chinese investment, is immaterial to the financial gains the Chinese private sector will receive, which are guaranteed by the state. Eventually, if Pakistan were to fail in exploiting the CPEC and the projects within were to become damaged or even derelict, the Pakistani taxpayer will pay the Chinese investor.

Such an unfortunate accumulation of events would render the CPEC as an extremely lucrative private enterprise for the Chinese, at a great economic cost to the Pakistanis. The parallels between the CPEC and the Raj would then become less incongruent, even unavoidable.

The rail network still functioning in the subcontinent today is widely touted as one of the defining legacies of the British Raj. However, little is known about how the project was originally commissioned. The railways were built on the back of Indian taxes forcefully extorted by the British for the benefit of English investors who had been energetically exhorted to invest in the project. In fact, the rates of return offered remained so high that the investment soared to the top of the London Stock Exchange. Thus, what we essentially had was great enterprise for the British investor, at a monumental cost for the Indian tax payer. It all begins to sound eerily familiar.

The comparisons do not end there.

The extravagant returns promised to the British investor exponentially inflated the overall cost of the project, with a single kilometre of rail lines costing 10 times as much as its equivalent in Canada at the time. Similar concerns are being voiced regarding the CPEC.

Projects which European or local funders were already willing to finance at lower rates are being added to the CPEC portfolio for the satisfaction of the Chinese investors. It is also worth mentioning the concerns regarding economic zones which are feared to be exclusively monopolised by the Chinese private sector. Government rebuttal on this point aside, tangible steps improving transparency around this question are necessary to fully satisfy all doubts.

Eventually, the rationale behind raising the above mentioned concerns is not to arouse alarm, spread uncertainty and play the part of a heretical spoiler for the sake of it. Nor is it to question the bona fide intentions of China vis-à-vis Pakistan. Certainly, in the larger framework of the One-Belt One Road (OBOR) vision, a prosperous Pakistan fully utilising the potential of CPEC is within the immediate and long-term interest of the Chinese.

The point is simply to highlight the risks of ignoring the much needed work that needs to be done in order to truly benefit from Chinese investment. CPEC is by no means a game changer simply by virtue of its genesis, it will only be so if the government acknowledges and vigilantly fulfils the responsibility arising from it.