#MeToo: I was 8 when he taught me that a woman’s body is everyone else’s but her own 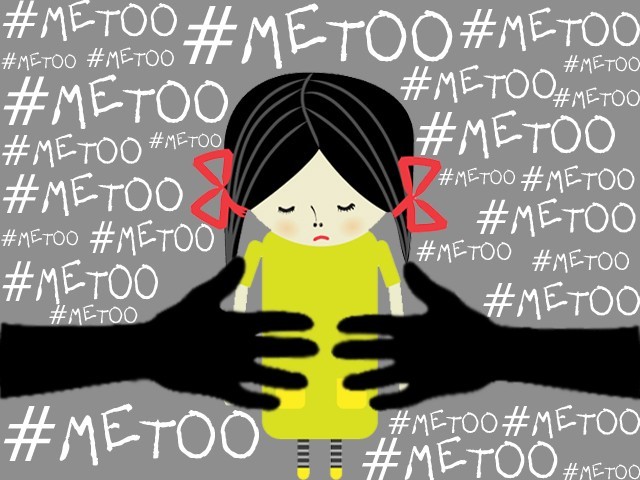 (See how in the blacksmith’s forge,

I was 15-years-old when I wrote a letter to my father. I was struggling at school, getting into trouble in the neighbourhood and fighting with my siblings at home. You know the usual teenage angst. I wrote,

“Dad, I know what S* uncle did. I remember everything. I need help.”

The week after, my father insisted that I attend a family friend’s wedding with him. At the wedding, he asked me to step outside the hall for five minutes. His body was tense and he could not meet my gaze. He pulled out a piece of paper folded many times and his lighter from his pocket and said,

“Beta, we are here for you but you can’t bring this up again. This ends here, you must never speak of this again.”

His thumb rubbed against the lighter and a weak flame slowly burned my truth into ashes.

I could feel my father’s anxiety and discomfort as he stood there holding my letter. I cannot imagine what he must have gone through; guilt, fear, shame, or a concoction of all of those things.

You see, life prepares you for a lot of things; it can prepare you for failure, for heartbreak and even for a job you despise. What life does not prepare you for is what you should do when your 15-year-old daughter writes you a letter, telling you that she remembers what happened to her in the corner room of the house you live in. That she remembers the chill of every unwelcomed touch on her thighs, the overpowering weight of a middle-aged man on her lanky body and the burn of the friction between her unadulterated skin and the worn-out velvet of the sofa where she lay under him. What she does not remember though, is his face. In her vivid nightmares, she never sees his face. Maybe her mind blocks it out of the fear of recognising that face in the midst of a crowd.

I was my great grandfather’s favourite great grandchild. He called me ladki dikri, which in Gujrati means ‘precious daughter’. He had paralysis and my parents had hired a male nurse to care for him during the day. The reason I remember how old I was when it happened is because I remember what I was wearing when the door of my great grandfather’s room creaked open a tiny bit, just enough for my tiny body to fit through. Up until the third grade, the school uniform required girls to wear a pair of beige suspenders attached to a beige skirt. One by one, the suspenders were undone, the skirt pulled up and I found myself lying under the weight of a man who wanted me to grow up before I had to. I cannot be sure if my paralysed great grandfather could see and process what was happening to his ladki dikri. If he could, his lifeless body could not move an inch or make a sound to stop it.

Unfortunately, I cannot prove this in a court of law. My great grandfather is dead and even if he was alive, I cannot be sure if he saw what had transpired in his room. If he had seen it happen, the chances of him testifying in court are close to none. I do not remember S* uncle’s last name and I have no idea what he looks like. This happened roughly 20 years ago and if S* uncle has since then risen to a position of power where he can influence the lives of people around him, there is little I can do to get justice for myself and hold him accountable. It does not change the truth, however, my truth.

The #MeToo movement began almost a year ago, and it has gained momentum in South Asia. Countless women in India and Pakistan alike with varying levels of social capital have taken to social media, disheartened by systems of accountability, to share their stories. When survivors of assault came forward with their stories, people often asked:

“What was she wearing?”

“Why is she coming out with this information now?”

I was eight. I was wearing my school uniform which was a skirt and a shirt; my scrawny legs were showing but I promise I was wearing calf-length socks. It was mid-day and I was in the safe haven we call home. I am coming out now because I cannot continue to let survivors of assault feel defeated by the fact that Brett Kavanaugh has been confirmed as a judge of the Supreme Court of the United States, despite the fact that he has been accused repeatedly of sexual assault. I cannot let survivors be silenced because celebrities in Pakistan make excuses for perpetrators of assault and mock the survivor’s courage on national television, and I cannot continue to let survivors think that they are alone in their struggle for justice.

To those who point fingers at victims of sexual abuse and search for loopholes and technicalities to protect the perpetrators of abuse, I say nothing.

To the men and women who survive sexual abuse and continue to live their lives with their scars, their traumas and their broken selves, I say “me too, me too, me too”.

(Mouths of padlocks have begun to open,

Speak, this little time is plenty,

Before the death of body and tongue,

Speak, for truth is still alive,

Speak, say whatever is to be said)

*Names have been changed to protect identities.

The author is a graduate student in the United States of America.