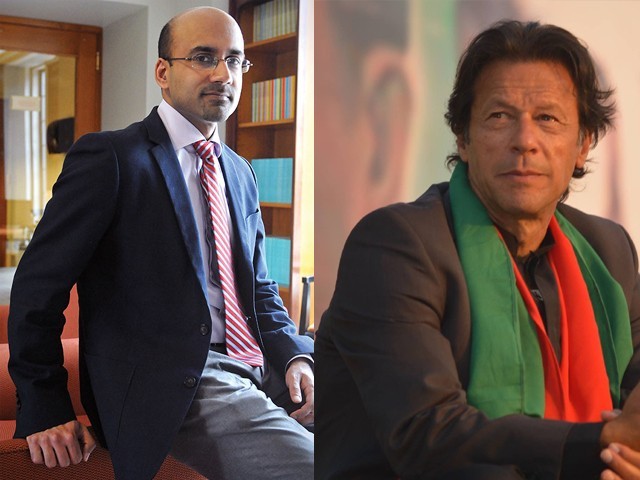 In a country where Mumtaz Qadri, the killer of Salmaan Taseer, is considered a hero, it’s not time for real heroes like Atif Mian to be in the limelight.

I am a fan and have been for some time now.

I was a fan when you played cricket, I even became a journalist defending you some 31 years ago. A letter was published where a lady named Parveen Akhtar criticised you for wearing a hat at the Ascot races. Being an idealistic teenager, I wrote back defending you, my letter got published and the rest, as they say, is history. 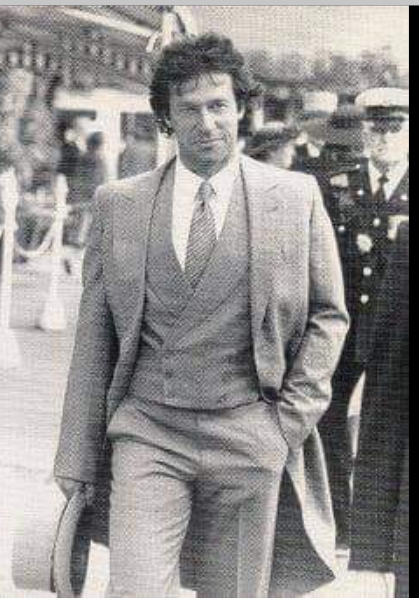 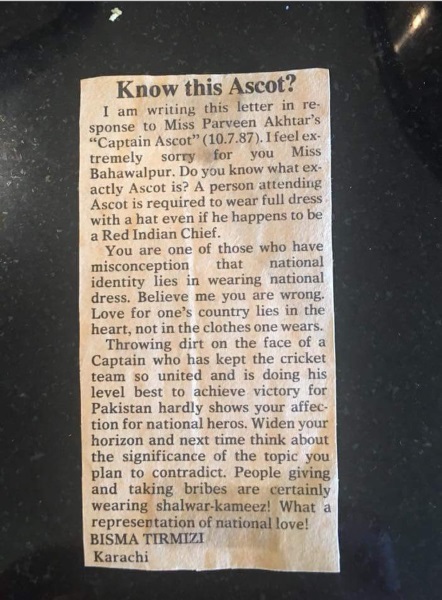 But then again, nothing in life is happenstance. Hence, here I am writing a letter to you, not just on my behalf but also on the behalf of millions of fans who are very hurt and disappointed at this time.

You fell right before the elections in 2013, and with you fell all our hopes. We waited for five years, patiently, quietly and many a times entirely perplexed and exasperated by your stances and approach to attacks on minorities, amongst other issues. We scratched our heads, sometimes found a reason to justify your behaviour, and other times put it down to political inexperience and political expediency.

Regardless, we stood by you!

And then came July 25, 2018, you won, our excitement was immense, our realistic expectation measured.

To us, your history and commitment to cause played a key role as to why we supported you. Hence, here we are, wondering how did we get to this place in our politics, where we have to tell ourselves that letting Atif Mian go, at this point in time, is the only choice.

Mr Prime Minister, I was thrilled to see Fawad Chaudhry defend the selection of Mian to a journalist. It gave me immense hope. His statement implied that you are the prime minister for all, especially the weak and vulnerable in our society. And it is that very ideal that led me to pause and ponder over why you changed your decision. And maybe very grudgingly, I found a justification for why you asked Mian to resign.

Let me frame my argument, and it’s not an argument I give with any kind of glee. Instead, it disappoints me that our society is so devolved, bigoted, intolerant and inhuman, and so far removed from evolution and education, that I have to justify why asking Mian to resign at this time was maybe politically expedient, and may have averted a tragedy.

Pakistan is not the Pakistan it was decades ago, it is certainly not the kind of Pakistan the Quaid wanted, and the one Allama Iqbal dreamed of. It has somehow lost its way, and has become harsh, radicalised and a far cry from the goodness that is inherently godly and spiritual.

Let us remember the issue of Khatam-e-Nabuwat, and the dharna of November 2017 called by the Tehreek-e-Labbaik Pakistan (TLP) chief, Khadim Hussain Rizvi. His followers gathered in a sit-in in Faizabad for weeks. Rizvi was one of the supporters of Mumtaz Qadri, was responsible for his post-hanging glorification, and is a self-proclaimed defender of the Khatam-e-Nabuwat issue. He created unrest all over the country, and chaos ensued. With the selection of Mian, maybe chaos would have erupted again.

I sound like an apologist when I find justification for why Mian had to go at this moment in time, I do, and I absolutely feel sickened by it. He should not have had to go!

Why did you choose him in the first place, if you did not have the gumption to stick by your decision? You had known about his religious leaning for some years now, hence that was no surprise. Was it mismanagement, weakness, or did you not have the foresight to see that you may have to revert your decision? Did you bite more than you could chew?

Or was it all of the above?

And then I tell myself, in a country where Qadri, the killer of Salmaan Taseer, is considered a hero, it’s not time for real heroes like Mian to be in the limelight.

Standing at this juncture, I find myself saying that maybe this battle can be fought at another time, and that no loss of life can ever be termed collateral damage. In a country where there are so many wrongs that need to be made right, and the following I say with a heavy heart, this is a wrong that can be made right at another time.

But Mr Prime Minister, please realise that we are your base followers, and this is a very big issue for us. We need our minorities to be entirely respected and included and not discriminated against.

You keep emphasising, and touting, that you need the support of overseas Pakistanis; that is your mantra, you call us an asset! Imagine if we were discriminated against on the basis of our religion in our adoptive homelands? If we could not hold competitive well-paying jobs on those grounds, if our children could not attend public or private schools because they are Muslims, if we could not go to our mosques in peace, or practice our faith with confidence?

And most importantly, we could not earn the foreign exchange that you are appealing for us to give back to the motherland, because our adoptive country refused to provide us the opportunity, and discriminated against us for keeping the faith we do?

I need an explanation for it, Sir?

So, it’s okay for us to send foreign exchange to our motherland because the country we live in protects rights of minorities. Whereas you are unwilling to give the same protection to the minorities in Pakistan, how is that even justifiable?

You gained success through storytelling, idealism and service to the nation.

You got elected because of the votes.

But you will only make an impact when you become a leader, stick to your decisions with authority, conviction and courage. You will be judged by history in how firmly you stood your ground in the face of wrong.

I’m hoping that your decision to hire Mian was a step in the right direction, having him resign may be politically expedient at this time, but do not make a habit of backing down on issues which really matter, and shape the philosophy and mindset of generations to come.

I will end by saying, that while writing this blog, I put my pen down to run some errands, and in my car Watan ki mitti gawah rehna was playing, a tear jerker melody sung by the incomparable Nayara Noor. I cried listening to that song, because suddenly I pictured the children in the video of the song; children who the country belongs to, children who deserved Mian and his vision for tomorrow’s Pakistan.

I hope one day those children can experience a progressive Pakistan.