The political catch-22: How will PTI help Karachi if PPP stands in its way? 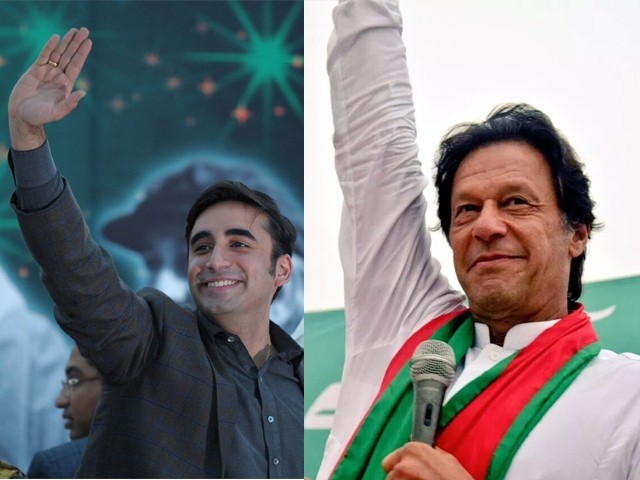 The PTI-led government will face a lot of problems as they would need the support of PPP’s provincial government to work in these sectors.

The General Elections held over a week ago broke the shackles that had bound the city of Karachi for so long. The public came out and voted for Pakistan Tehreek-e-Insaf (PTI) and rejected the mandate of two powerful political dynasties that have ruled at the federal level for the last three decades. Not only this, the public voted out the most prominent and influential party of Karachi, the Muttahida Qaumi Movement (MQM).

The city of lights has been voting for the Altaf Hussain-led MQM in all kinds of elections, be they general or local body. However, except for the brief tenure of former mayor Mustafa Kamal, MQM’s performance for Karachi’s betterment has remained below par.

Before the elections, Kamal’s Pak Sarzameen Party (PSP) was said to replace MQM in Karachi, but they unfortunately failed miserably. According to the general public, since PSP was a part of MQM before breaking away from them, they would be more or less the same. Hence, they rejected the dolphin’s mandate.

Additionally, apart from the jalsas and rallies carried out by Imran Khan, the local leadership of Karachi failed to connect with its voters or to establish a momentum. This is why people of Karachi, inspired by Imran’s charisma, turned towards him and voted for PTI in large numbers.

Imran’s charisma first attracted the people of Karachi in the General Elections of 2013, when PTI, against all odds, bagged more than 500,000 votes in the city. In these elections, PTI managed to garner more than a million votes, which adds on to PTI’s success in Karachi over the years.

What works for PTI is the fact that the party emerged as a one-nation party; it did not do politics on the basis of ethnicity, language or religion. In fact, once Pakistan Peoples Party (PPP) was the only party that could garner votes from all of the provinces. However, PTI has replaced PPP in this regard, further proving it to be party of the entire nation.

The elections are now over and the process of government formation is in full swing. Many people in Karachi are disappointed seeing PTI and MQM-P come together to form the government. They feel helpless to a degree, as the party they had voted out has reentered their lives. While it is understandable that PTI has no other choice and has to form coalitions by the second week of August, Karachiites still feel the change that was promised has slipped away from their fingers.

Irrespective of MQM-P’s inclusion in the government at the federal level, I am of the view that the mandate of Karachi is now firmly in the hands of PTI, and it is their responsibility to solve the problems of Karachi. The city is back in the mainstream political arena after voting for a national level party, and this is a good sign for its future.

Even though Karachi is the biggest city of Pakistan, it has suffered a lot of setbacks due to a lack of planning and non-seriousness of local bodies. Karachi has always been an important city; so important, in fact, that it was declared the federal capital after the creation of Pakistan. A lot of people migrated here from other parts of the country in search of better opportunities and better livelihood. Even though Karachi is no longer the capital, the influx of people in search of greener pastures continues to this day. However, because of the overflowing population, the city suffers from many shortages; electricity, water, health facilities and so on. This, along with the crime and violence, makes Karachi an obvious challenge for any government.

The rural and urban divide of the leadership has also contributed in Karachi’s downfall. The city received the first jolt when a quota system was introduced by the first government of PPP in 1973, which proved to be discriminatory. In 1988, when PPP, led by Benazir Bhutto, came into power after a long reign of dictatorship, it signed a 20-point agreement with MQM for the betterment of Karachi; a development celebrated by the public.

Abolishing the quota system was part of the agreement, however, no action was taken to remove it. After a year-and-a-half, MQM pulled out of the federal government, citing that the government was unwilling to fulfill its promises. The quota system was initially introduced for 10 years, but is still applicable in Sindh. Instead of helping the rural population, it has only deprived the population of urban Sindh and created a divide between ethnicities.

Over the last 30 years, PPP has come into power on both provincial and federal level on numerous occasions. In fact, in 2018 they will be forming their third successive government in Sindh. Yet the people of Karachi have no hope from them. Due to poor performance in Karachi, PPP’s popularity graph is falling. The defeat of Chairman Bilawal Bhutto Zardari from Lyari, an area that has always voted for PPP, is the major example of its falling popularity.

I believe the people of Karachi are at fault if they expect PPP to develop the city, when it has not even done anything concrete for the province that has always voted for them. Though PPP fared better in the provincial assembly in 2018 than it did in 2013, one knows its parliamentarians (many of whom reside in Karachi) will not be making any efforts to improve the quality of life for its people.

Moreover, after the 18th amendment, health and education has also become a provincial subject. The PTI-led government will face a lot of problems as they would need the support of PPP’s provincial government to work in these sectors. If the federal government brings any improvement using its discretionary powers, then they will be blamed for disturbing the province’s autonomy. This will be a great test for the PTI government; how to help the people of Sindh and Karachi, if PPP does not allow them to interfere.

Karachi saw humongous development in infrastructure during the tenure of its two city nazims, Naimatullah Khan and Kamal. Their success was only possible because the local body system introduced in 2001 gave more power to the city’s mayor. Unfortunately, the new system introduced by the previous PPP regime cut down the powers of the city government and enhanced the powers of the provincial government.

Keeping in mind the success of previous local body systems, MQM and PTI, who are going to be allies at the federal level, should strive to introduce a new and more dynamic local body system, not just for Karachi but for other parts of Sindh as well.

PTI’s manifesto also carries a clause to form a South Punjab province. I hope they are able to do this, as making one province may pave the way for other provinces in the country. In my view, dividing large provinces into smaller administrative units will help in running them in a more efficient way, reducing the suffering of the people living in far flung areas.

Sindh has a lot of resentment about dividing the province. If the people of Sindh are stubborn about making more provinces, then in my view it is better to shift the capital of Sindh from Karachi to Sukkur. PPP has won major seats from interior Sindh, and shifting the capital will help in reducing the pressure on the depleting resources of Karachi. It will take a majority of the Sindh Assembly closer to its people, and maybe they will finally put efforts into development of interior Sindh.

Karachi has suffered a lot due to the tug of war between MQM and PPP for the ownership of the city. Unfortunately both parties are only interested in governing, and neither has any interest in solving the problems faced by its residents. For the first time in more than three decades, a party will form government because of Karachi’s acceptance of its mandate. I hope PTI takes ownership of Karachi and works towards solving the problem of the financial hub of Pakistan.