Altaf Hussain simply explained human biology. What was so vulgar about it? 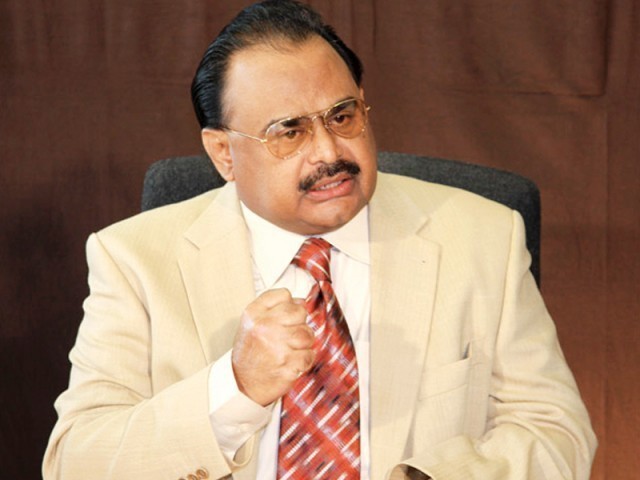 Let it be known that before he even brought up the subject, he asked if participants were uncomfortable, and if so, he would change the topic. PHOTO: APP

Once again, Pakistan Tehreek-e-Insaaf (PTI) supporters were quick to criticise Altaf Hussain’s recent speech – mostly on social media. The outburst obviously made me curious about the Muttahida Quami Movement (MQM) chief’s seemingly offensive words. I managed to find the speech in question from February 16, 2016, which he made to workers and office bearers at his party headquarter, famously known as Nine Zero.

At about 9:30 minutes into the video, he began speaking about reproduction by quoting verse 13 of chapter 49, which is ‘Surah Hujurat’, of the Holy Quran.

But what could be considered the most important part of his speech was deliberately ignored and his explanation of human biology was taken out of context.

Let it be known that before he even brought up the subject, he asked if participants were uncomfortable, and if so, he would change the topic. Only after getting nods of approval from the audience did he start the discussion.

He went to explain the fusion of sperm cell from a male with an egg cell from a female as a result of copulation in biological terms about. This process takes place due to human biology inside a female body, which is called fertilisation. After fertilisation, a single Zygote is formed, which after multiple divisions of cells start the process of embryogenesis.

He further elaborated that the process from fertilisation to Organogenesis (formation of human organs) is coded in genetic materials called Deoxyribonucleic Acid (DNA) and Ribonucleic Acid (RNA).

He said that while a biology teacher could explain the topic, how many politicians or leaders in Pakistan could teach their workers and supporters such things? He was right.

I think a political leader should play a role in this regard and openly talk about every topic with his workers – with mutual consent, of course.

Altaf Hussain simply explained human biology. What was so vulgar about it? And what can be done about such narrow minds and mentality?

From grade nine to 11, our children, whether in segregated or co-education schools, study the reproductive system in detail. A perverted mind may get sexual gratification from a human anatomy atlas, but in actuality, it is a tool of education for medical students.

Throughout the sub-continent, especially Pakistan, most gynaecologists (medical specialists in female reproductive system) are female, as women are more comfortable discussing their issues with doctors of the same sex. Similarly, in Pakistan, most teachers of this subject are female as well. However, the subject isn’t just limited to female students and boys, too, are made to study this subject from the same teachers.

The MQM chief went on to question if everyone regardless of their class and ethnicity are a product of the same embryogenesis, why are they treated differently?

Prophet Muhammed (pbuh) stated that everyone is equal, regardless of their ethnic background in his last sermon.

The MQM chief simply inquired upon why, despite having common origins even in biological terms, muhajirs are being discriminated against, are faced with atrocities and are considered disdainful.

His speeches are always termed controversial by opponents or the establishment. They tried to control his speeches by establishing an unconstitutional media blackout and are now nit-picking his words and dispute him. But, in fact, he is the only one who has persistently raised his voice against extremism, the Taliban, oligarchies’ occupation on the system and the presence of the ISIS in Karachi. Some might find his reference to human biology controversial, but I don’t.

Kudos to him for bringing it up.