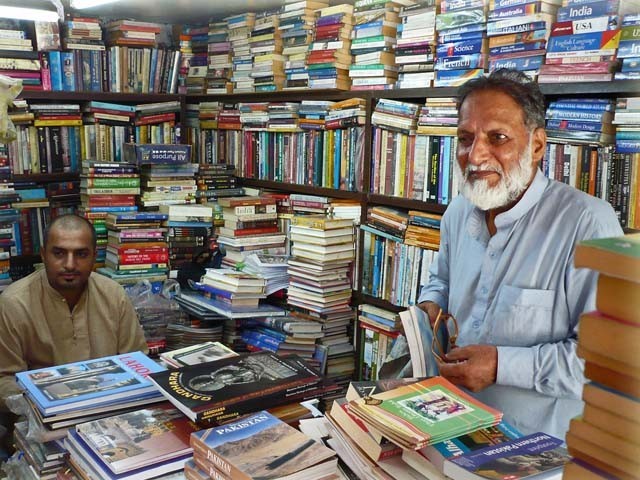 The culture of reading books is dying a painful death worldwide. PHOTO: FLICKR

Pakistani classrooms usually do not encourage questioning amongst students, but can we really blame the classroom for a trait we are socialised into from the beginning? Thus, when I became a teacher, I made sure to always encourage questioning by responding in a positive manner, turning whatever was being formally discussed into a casual conversation.

Recently, however, I was asked a question that left me astonished. An undergraduate student in one of my classes, a rather intelligent kid, asked me why reading books was so important. In his words:

“We live in a visual world, then why do you keep emphasising reading lengthy pieces of texts when we can learn the same information by watching videos and tutorials on YouTube?”

I cannot deny I was astounded. I had imagined debating over religion, politics, and social norms – all issues on which two diverging opinions can exist, and in fact must exist in a healthy society. But to debate over why human beings need to read was like defending the obvious, or asking why we should breathe. Do we really have a choice if we want to grow?

Nonetheless, as a teacher, one cannot be judgmental and pompous. So I tried to tell him that in order to write well, one must read more and more. Since my course did have a bunch of writing assignments, he nodded and was somewhat convinced, although not entirely. Other teachers often gave video-making assignments, a large chunk of which tested learnt technological skills as opposed to writing skills or the language used.

Even though I was somewhat able to assuage the student, I myself remained restless that night. How exactly were students being trained in schools and outside? They didn’t just shy away from reading because of sheer laziness, but in fact considered it to be useless and didn’t think it was adding anything to their learning process. It kept me up at night, thinking what had become of us as a society.

I didn’t have to think for too long though. With mainstream news channels routinely using Bollywood song lyrics in their headlines, it wasn’t surprising that young, aspiring media students would be asking their teachers to emphasise “skills that the industry needs”, rather than assign “useless” writing assignments and reading texts by foreign authors.

So, whenever I hear people saying they stopped watching Pakistani news channels, I wonder whether the cause of that is their subpar graphics and technical sophistication or their lack of quality content.

A week later, something ironic happened. I headed to the National Library of Pakistan to find a number of interesting books that I could use for my course outline. The receptionist told me they did not issue books there, and that people could only come in and read books on the premises. Not just this, even if you wanted to consult a book lying inside the premises, you needed exclusive membership to the library; the requirement of which was a form, two photographs, your national identification card (NIC) and an attested copy of your last degree. I couldn’t control my laughter.

I thought he was joking. Was the administration of the library implying that someone who could not get a ‘degree’ (let alone go through the horrific, painstaking experience of getting it attested by the Higher Education Commission) did not deserve or need to read anyway? And even if you were privileged enough to have a degree, you still are an ordinary mortal and thus you dare not escape useless bureaucracy.

This took me back to my time in Vancouver as a student. When I walked into the Vancouver Public Library, all I needed was one piece of identification, even as a foreigner, and I could utilise the library’s resources. I also saw something I will never forget: a bunch of homeless people browsing newspapers and using the computers.

With decreasing attention spans and clickbait journalism, the culture of reading books is dying a painful death worldwide. But what is more unfortunate is that in a country such as Pakistan, where the literacy rate is already staggeringly low, even many of the educated and privileged ones don’t feel the need to read.

This makes the job of a teacher increasingly difficult; almost that of a bibliotherapist. Reading is a pleasure that every literate person must have access to. We can all recall a book that changed our life or our perspective on something very integral. A book does not even need to be a masterpiece to do that. It can in fact be something very ordinary; something the press does not create a buzz about.

This, in itself, is the beauty of reading a text: it impacts every reader differently. To be devoid of the basic exercise of reading when one is able to read is pitiful to say the least.

Perhaps encouraging reading is now the job of the entire society – of parents, the media and most importantly, educated adults who must emphasise to adolescents that the value of an education, particularly a college education, lies in how it transforms an individual and should not be measured by the kind of job or ‘skill set’ acquired.