At LUMS I was not allowed to enter the library 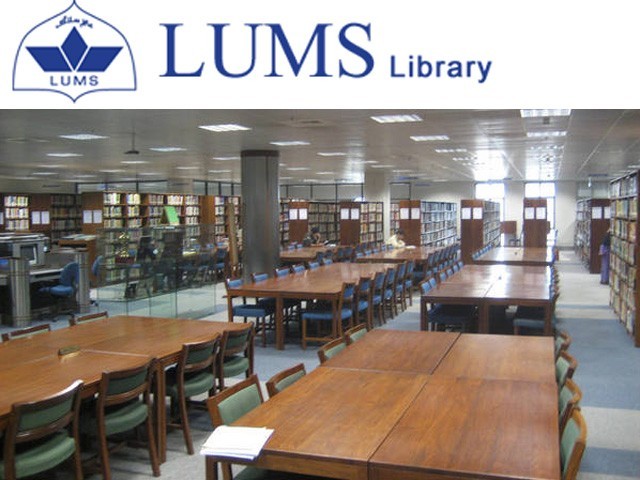 LUMS, one of the top-ranked private universities in Pakistan, denied some of the students access to their library.

“There’s no use going to school unless your final destination is the library.”

I endorse the same idea; any kind of studying is incomplete without having access to a library where one can explore and read about relevant material.

The reason why I feel the need to highlight the importance of a library is because of something that I had experienced while I was studying a management course at the Lahore University of Management Science (LUMS), one of the top-ranked private universities in Pakistan. To my surprise, during the entire duration of my course, none of the enrolled students of our class were allowed to walk into the university library which came as a huge disappointment.

This made me wonder how an educational institute could ever disallow or prohibit the entrance of any of its students into a library, despite being provided university identity cards. But my curiosity was answered by the Continuing Education Program (CEP) coordinator when I asked her what the reason behind this ‘rule’ was. She simply told me,

“I did ask the library management but they say that only regular students can enter the library.”

As absurd as this seemed, I asked,

“Can you be of any help in this regard? What if we request them to allow the CEP students as well?”

She answered my queries by saying,

“No! I’m sorry! It’s not going to work. I have already asked them if there is any such possibility. But I am told that it becomes hard for the library administration to manage the growing crowd, which is why they have to restrict the use of the library. Thus, there is no such chance of accommodating the CEP students at the moment.”

I was left speechless. Being a book worm and one who loves spending time in libraries, I was highly disappointed and could only ask myself,

“What is the reason behind this discrimination?”

After this incident, I raised my concerns during the mid-term evaluation in which the students were asked to provide feedback and suggestions about their experience. This little exercise was done so ‘that (the university) could help meet their expectations’, but it was all in vain.

By ‘regular students’ they meant students enrolled in full-time degree programs. At first, I found all this quite astonishing but then I remembered a friend narrating her experience to me, which was worse than mine. She was humiliated by the same university’s library management when she wanted to do some research for an assignment but was eventually turned down even though she had gotten verbal permission from one of the authoritative figures of the management.

On the other hand, when I happened to visit my Alma Mater, the University of Central Punjab (UCP), I was allowed to sit in the library for as long as I wanted, without any hassle, even though I wasn’t an enrolled student over there anymore.

Yes, both the universities may be poles apart when it comes to academic excellence, but both were educational institutes; one seemed to have its doors firmly shut whilst the other was extremely accommodating.

The famous historian and writer Shelby Foote has highlighted the importance of a library as,

She implied a library to be an essential part of any university. Taking away access to a library is like depriving a student with a pen to write with. Taking into consideration the load on the library administration, but neglecting the need of a student only goes to show what the priority of the university is. Such policies affirm the belief that educational institutes, in this day and age, are nothing more than commercial entities there to conduct a business and nothing more; where education has become more of a money-making machine than an obligation.

The purpose here is not to praise one institute over another but to highlight an absurdity that prevails at certain institutes. All over the world, students are taught about the significance and usefulness of libraries. Granting access to a university should be tacit approval to use its library. They say, what a school thinks about its library is a measure of what it feels about education; I hope that is not the case with LUMS.

In a developing country like ours, already striving to excel in the field of education, all the available sources of knowledge, including libraries, should be made easily available and accessible for those making the effort to learn and increase their knowledge bank. Prohibiting the use of the library is nothing more than nonsensical and discouraging.

While our country is struggling in the field of education, private institutes must also play their role by making education in the country easier to access. We have enough roadblocks in the country – education should definitely not be one of them.

A business graduate working in the corporate sector. She tweets @KiranW_ (twitter.com/KiranW_)

A Lahori’s first visit to Karachi

Why are we banning Maalik when it’s a fictitious portrayal?

Why is it such a big deal that Afridi thanked the people of Kashmir for their support, India?