In this day and age, can we truly survive without social media? 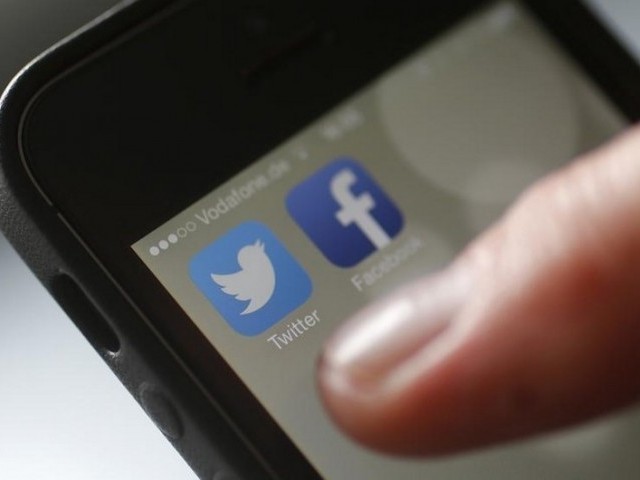 According to statistics, any given individual will check their phone on an average of 100 times a day. PHOTO: REUTERS

In a world where we so heavily rely on social media, it’s difficult to fathom a world where it would cease to exist. Until recently I was immersed in a life where social media is central to our existence. I was part of a world in which we live, eat, breathe and sleep social media.

According to statistics, any given individual will check their phone on an average of 100 times a day. (I took the liberty to count one day, and it’s close enough!). We spend a mindless number of hours scrolling through our news feeds, checking the latest updates, browsing through pictures of an old school acquaintance and all to repeat the cycle a mere few minutes later. But why do we do it? Why have we become so consumed by social media? How did we ever survive without it?

There is no doubt that social media has revolutionised the way we think and communicate. It has become our main source of receiving news and information, we use it to disclose our lives to the world and it has enabled us to remain connected 24 hours a day. Many of us can’t even imagine a day in a life without social media and nor would we ever feel the need to be without it.

So what happens when you take an avid user of social media and put them in a country where almost every form of western social media is inaccessible? For any social media addict, the mere thought of having no access to the Internet becomes their worst nightmare.

Prior to my trip to China, I was fully aware of the Chinese government’s Internet censorship and tight media restrictions. Relying heavily on social media for my daily tasks at work, I thought of possible avenues I could seek to access the social media that we so heavily rely on. I knew the challenge ahead wasn’t going to be easy.

Unless you pay for a VPN to access all the blocked sites in China, you can’t access Facebook, Instagram, Snapchat or even Google. ­­­Members of the delegation I travelled with opted to download these VPNs in order to share our exciting experiences and travel stories with everyone back home. Although I had every intention of doing the same, something made me stop and think before I clicked ‘download’ in the App store.

“Just get the free VPN, you can use it for a limited number of days,” urged a fellow social media friend, also saying that, “You just need it for Facebook and Instagram.”

I was tempted and I gave it a second thought. I’ll be able to put the Great Wall on my Snapchat story and everyone back home can share my experiences virtually, and I’ll be able to take a quick look at what’s happening at work in between. These are among some of the thoughts that crossed my mind while conversing with my colleagues.

I was going to have some of the most enlightening experiences of my life. I would be experiencing the rich Chinese culture, delving into its ancient history and exploring first-hand the distinct traditions of a land not so far from home. Why wouldn’t I want to share my experiences with friends and family back home?

Having taken all of the above into consideration, I still opted out of the VPN route and I was on my way to Beijing. People go on detoxes of all sorts. I decided this was going to be my social media detox. I was taking a break from browsing my newsfeed, from the daily dose of entertaining tweets and from sharing Snapchat stories from across the border. I was going to be cleansed. I was going to share my adventures when I came home. I told some of those I was travelling with about my decision to refrain from using social media, but immersed in their phones, starting their journey to China on social media I don’t think they paid much heed to what I said.

What transpired in the days that followed was life-changing and the most memorable 10 days of my life. I lived, ate and breathed China and not social media. While everyone around me took to Instagram and Facebook, I took to my notebook and wrote about the unique smells, spectacular sights and amazing people I came across during my journey. Initially I felt stripped of my lifeline. My urge to share a picture with a friend was there, acting on impulse I wanted to upload a picture to my Instagram and I even opened my Facebook app to see if it would refresh; but in vain. I was however able to send a quick picture and update over WhatsApp, which surprisingly isn’t blocked in China.

I soon began to realise how social media consumed my day-to-day life. The more I thought about it and the less I used it, a strange sense of enlightenment took over me and I began to live in the moment. I noticed things I might not otherwise have noticed had I been buried in my phone. I was more aware of my surroundings, I was more connected to my environment, and I was present. I lived in each moment and I was disconnected from the rest of the world. I noticed the trees, the extensive architecture on every building, the way people walked and the greatest thing to note was how everyone else was so immersed in their phones; most likely on a social media site. I was just a mere bystander observing the world go by.

The benefits were apparent almost instantly. My mind was free from irrelevant status updates, unwanted information and my thoughts were free to roam, wander and explore. The feeling was liberating. I was free. Checking my phone wasn’t the first thing I did when I woke up, I looked around more often, I observed and I learned.

Day to day routine can become monotonous and I realised how social media has a huge part to play in this. With no access to my daily dose of various news feeds, I was cured of this monotony and decided to continue life without social media after the trip was over. All of a sudden, life automatically de-cluttered as if by default.

Although the mainstream social media sites are blocked in China, they have their very own versions of Facebook, Instagram, Snapchat and Google. So of course, they are just as connected as we are on social media, more so even, but in terms of what is available to the average tourist, the inaccessibility was a blessing in disguise for me. Every other person was constantly clicking away on their smartphones, walking the streets with their heads bowed down to their screens and had I downloaded that VPN I would have been one of them. I thought often about what a local would have thought about my social media detox, but with the language barrier, I was only left to wonder – something else that wouldn’t have crossed my mind if I were always on my phone.

En route to Pakistan, I browsed excitedly the photo gallery in my phone, relating each picture to a memory. Not just the memory of being there, but really being there, in the moment. I associated each picture with a story that could be told, an interesting fact because I was all ears when the tour guide was speaking and I remembered vividly how each picture made me feel at the time. Simply letting go and detaching yourself from the world can reap a dozen benefits for any avid user of social media – and is highly recommended. But be warned, it’s not for the faint hearted. Cutting off completely means no longer knowing everything, no longer being able to see what everyone around you is doing, no longer showing the world what you’re up to and it no longer remains the means by which your existence is validated by others.

We now live in a world where future generations will learn how to browse the Internet before learning how to read a book, where we can find out several details about a person just by one click on their Facebook profile and we now live in a world where everything has become part of this greater digital space. This doesn’t imply that we need to rid ourselves completely of social media because society would just crumble if that were to be the case. But society is in dire need of a social media detox. I know many people would find every excuse to not go on such a cleanse if I was to suggest it, but the benefits are life changing.

You are no longer concerned with what the world is doing because you become pro-active in living your own life. You sleep better because scrolling your news feed isn’t the last thing you’re doing at night. You maintain a better frame of mind because you are not constantly indulging in what others are doing and you finally begin to live, because the moment is here and not on your screen.

I had envisioned ways in which I would talk about my experience in China and how living without social media has changed life for the better. Back in Karachi everyone questioned me,

“Why didn’t you put any pictures up?”

“Why didn’t you send anything on Snapchat?”

The way in which I was able to talk about my trip transformed from “Did you see that picture I put up?” to an in depth explanation of the food I ate, the things I observed and the distinct Chinese culture I experienced.

Returning to work, it has been difficult to abstain completely from social media because I rely so heavily on it for my day-to-day tasks. But the abstinence in China taught me a great deal. I now practice greater control over how often I check my phone, how often I check any news feed and I no longer have the urge to share anything online. I no longer hoard irrelevant information, nor do I procrastinate and there is no question of ever bringing my phone to the dinner table.

Looking back, I can remember vividly every moment of my trip and am grateful for the insightful experience. Had it not been for China’s Internet restrictions, my unhealthy relationship with social media would continue and this truly begs the question, can we survive without social media?

The author is a subeditor on the Web Desk, a travel junkie and foodie.