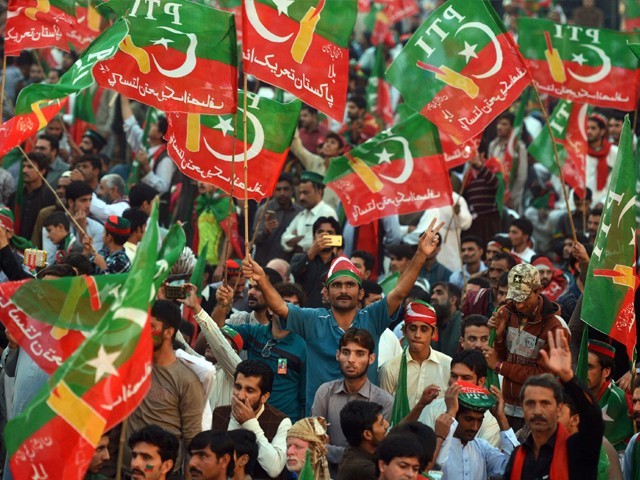 The 2018 election season is heating up in Pakistan, and in a few months, millions of Pakistanis will cast their ballot in what is promising to be a crucial election in the country’s history. The stage has been set by the dramatic ouster of one of the most influential men in Pakistan’s political history, and the unlikely political movement and slogan that the aforementioned ouster has led to.

On the other hand, Imran Khan continues to be the wildcard choice to lead the country, should all elements come together at the right place and the right time. However, a string of crucial electoral losses, divisions within the party and various other controversies should alarm all the supporters of the Pakistan Tehreek-e-Insaf (PTI) who hope to see Imran emerge as the nation’s next leader in this upcoming election.

The following reasons are just some of the issues that should give PTI supporters a cause for concern:

1. No clear winning strategy in Punjab

Since the end of the previous election in 2013, Imran has been demanding an early election. However, when posed with the obvious question of how that election will actually be won, PTI’s strategy gets muddled.

Let’s run some quick math to understand the issue. In the 2013 election, PTI won eight out of 148 available seats in the province of Punjab. If we assume that the election was rigged to an extent where half of the votes belonging to the PTI were stolen, and if we also assume that the PTI is twice as popular in Punjab today than it was in 2013, this would still mean a grand total of 32 parliamentary seats, or roughly 21% of the total seats available.

This problem is at the heart of Imran’s woes in Punjab, which is why the PTI is in flux over whether to support candidates that directly align with the party’s ideology, or to change the ideology of the party itself in order to rope in more “electable candidates”, especially in areas such as southern Punjab where the party fancies its chances. Either way, it is evident that there is no clear direction of how to mathematically win in Punjab, and the doubts over which election strategy to adopt while the election itself looms near, is visibly hurting the party in the run-up to the polls.

2. By-elections and lack of momentum

After the historic Panama verdict was announced, it was assumed that Imran and the PTI would seize the moment and run off with the show after securing an incredible victory in the next election, given the emergence of a political vacuum. However, the tide has turned against the PTI since then, and the lack of a clear direction is hurting the party’s momentum going into the election.

The Pakistan Muslim League-Nawaz (PML-N) has won three critical by-elections that have been held since then, and that too by massive margins, and their victory in Lodhran has sent shockwaves in PTI’s camp. With only a few months to go before the general election, the PTI cannot afford to keep losing by-election after by-election, particularly in areas where it hopes to win only a few months later. It is critical to shift the momentum now, before it becomes too late and yet another election season is lost by the PTI.

3. Divisions within the party

A common theme to have emerged in the party is the lack of unity at the local and regional levels. The PTI is a party that is now comprised of various groups and factions that have sometimes come from rival parties and families. While the national leadership is unified and presents a professional outlook for the party, matters are entirely different at the local level, where different groups are often fighting for electoral tickets and greater influence.

This culture has been cited as the prime reason for the shocking loss in Lodhran as well, as many members were split on the selection of Ali Tareen after his father had been disqualified by the Supreme Court (SC). Perhaps this is one of the prime reasons why the PTI has failed to hold any sort of intra-party elections in the last five years, and has now formed a committee to review its constitution.

4. Lack of defections in PML-N

Against all odds and expectations, after over six months since Nawaz Sharif was disqualified, the PML-N has not suffered any major defections, and has survived as a unified force despite being pushed around by some senior members.

Going into the election, it is critical to keep an eye on the political sphere and see whether the party ends up breaking into smaller factions, as some analysts have predicted. If it does, that could be the single biggest factor that determines the outcome of the next general election, and would also give Imran the best shot at securing his position as the country’s next prime minister.

While Imran and his PTI are still trying to figure out election campaigns and strategies, Nawaz’s election campaign is already fully underway. Despite most people counting Nawaz out of the game, he has roared back with a catchy and effective campaign in the Punjabi heartland, and is using the open playing field in front of him to cash in early.

Historically, Nawaz has done extremely well in Punjab. Now, with experience, incumbency and influence to back him up, he is making sure that no chances are taken with the upcoming election. Within months, the attention has shifted from Nawaz being labelled a scandalous corrupt tsar, to a people’s representative who was thrown out of power unjustly. It is critical for the PTI to counter this narrative and to counter it quickly, before they lose out yet again. The results of early campaigning by Nawaz can already be seen in the shape of Lodhran and other local elections, which should serve as a wake-up call for the PTI leadership.

However, all is not yet lost for the PTI and the recent removal of Nawaz as the head of the PML-N should reignite PTI and their efforts at establishing a popular narrative. Having a strong party that realistically knocks on the door of the status quo would be great for the longevity of Pakistan’s democracy, which is why we should all hope that despite the evident shortcomings, the PTI is able to come together and provide a real challenge to the PML-N in the 2018 election.