The winter transfer window: It was raining money and oozing drama, one transfer at a time 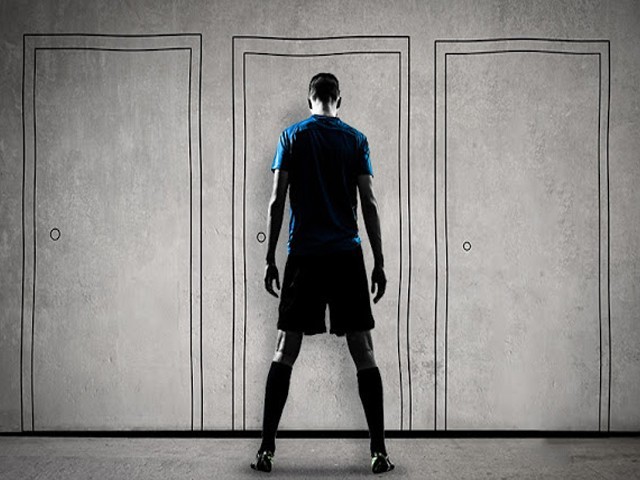 The fact that for the first time since 2006, each member of the ‘Big Six’ (Arsenal, Chelsea, Liverpool, Manchester City, Manchester United and Tottenham) happen to buy at least one first-team player during the month, is simply a big testament. PHOTO: FIELDOO

Phew, what an intense roller coaster of a month! With the clock striking 11:00pm (GMT) on January 31st, one of the most exciting winter transfer windows in recent years was finally shut. Traditionally considered as the more relaxed of the two, this particular January window was so frenzied, that English football fans could easily be excused for confusing this time of the year as summers; when the bigger, more frantic, post-season window actually happens.

The fact that for the first time since 2006, each member of the ‘Big Six’ (Arsenal, Chelsea, Liverpool, Manchester City, Manchester United and Tottenham) happen to buy at least one first-team player during the month, is simply a big testament to the aforesaid.

The window wasn’t even formally open when Liverpool announced the signing of their long-term target, Southampton’s Virgil Van Dijk, for a world record fee for a defender. The £75 million paid for the centre-back was enough to set the ball rolling along with giving us a glimpse of all the craziness that was about to come. 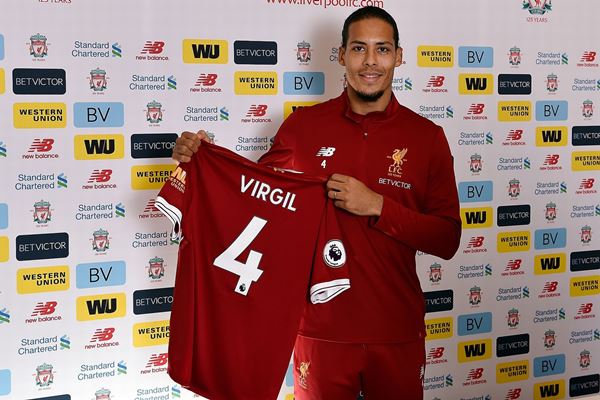 The Anfield faithfuls were not even done celebrating the arrival, when all hell broke loose with the announcement that Phillipe Coutinho has been sold to Barcelona in another eye-watering deal worth £142 million. Speaking as a Reds’ supporter, I personally wanted and expected the Brazilian magician to stay until the end of the season, especially since he wasn’t even eligible to play in the Champions league for the Camp Nou outfit. But banking the second highest transfer fee of all time in return went a long way in easing the pain of the midfielder’s departure. 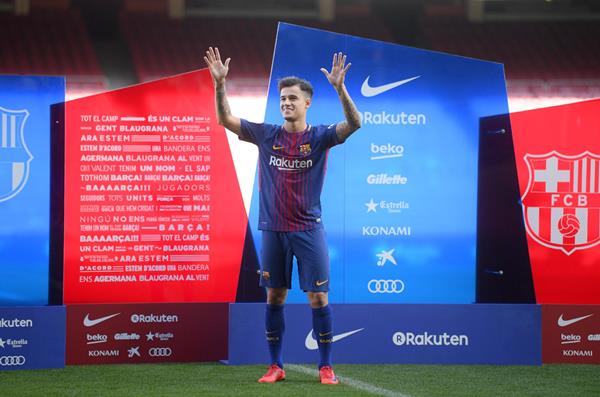 With one attacker already out the door, all eyes were on Arsenal’s Alexis Sanchez who had been flirting with Manchester City ever since the summer window. The Gunners only refused to sanction his big move to City in the final hours of the last window because they were not able to procure an able replacement. But January surely would be the end of this unhappy matrimonial, with Pep Guardiola lurking in the background. Right? Not quite.

Arsenal finally conceded defeat in their desire to keep the Chilean star and opened up an auction in order to sell him off to the highest bidder.  Despite all the incessant rumours and endless wealth, the blue side of Manchester refused to pay the North Londoners what they were looking for. This proved to be the cue for their neighbours to quickly swoop for the player, swapping him with the unwanted Henrikh Mkhitaryan, and in the process providing us fans with the ultimate joy of an oh-so-rare player exchange. 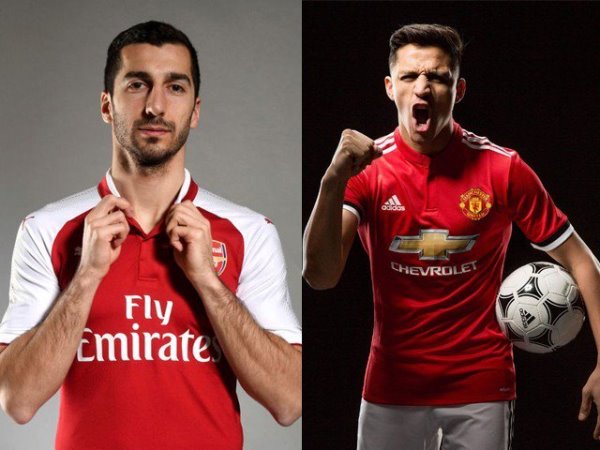 But the capture of the Armenian was still not enough for Arsene Wenger’s side. The Sanchez-shaped void was too big for someone like Mikhitaryan to completely fill. So in came Pierre-Emerick Aubameyang from Borussia Dortmund for a cool £56 million.

But the Gabonese striker’s transfer was not without its fair share of drama either, as he was part of one of the most fascinating three-way transfer battle ever.

The Gunners wanted Aubameyang from Dortmund, but the German club was only willing to sanction his sale if they were getting Arsenal’s Oliver Giroud in return as his replacement. The Frenchmen, initially keen, changed his mind about transferring to Germany when he received a late call from Chelsea. Dortmund then had to turn their attention towards Chelsea’s Michy Batshuayi to fill the imminent gap. But Chelsea baulked at what Arsenal wanted for Giroud, so they started discussing a Batshuayi/Fernando Llorente swap with Tottenham Hotspurs instead of sending him to the German club, who were then reluctant to release Aubameyang . But the Chelsea-Spurs swap failed to happen, since the players in question were not interested in it.

But then, in the final days of the window, the amusing transfer merry-go round finally came to a screeching halt, when Chelsea eventually agreed a deal to bring in Giroud from Arsenal, which then paved way for Batshuayi to move to Dortmund, who in turn released Aubameyang for Arsenal. 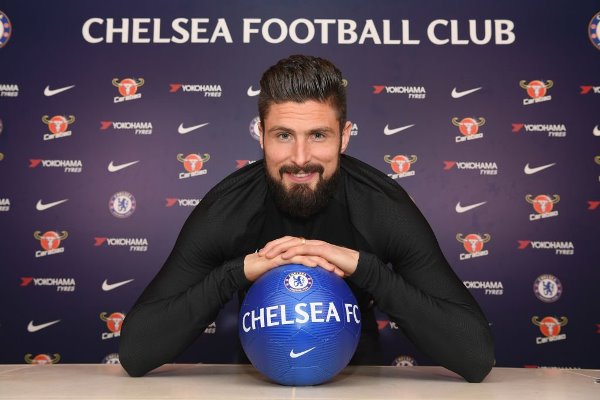 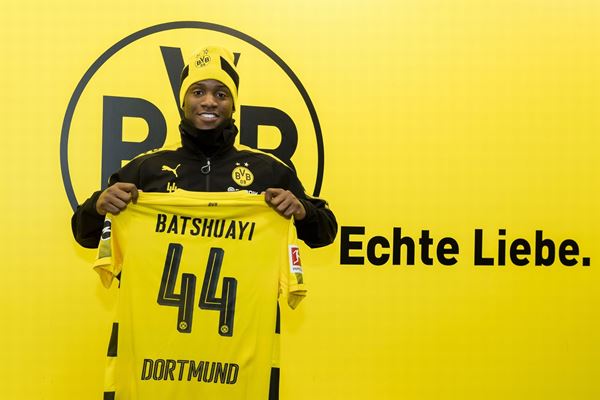 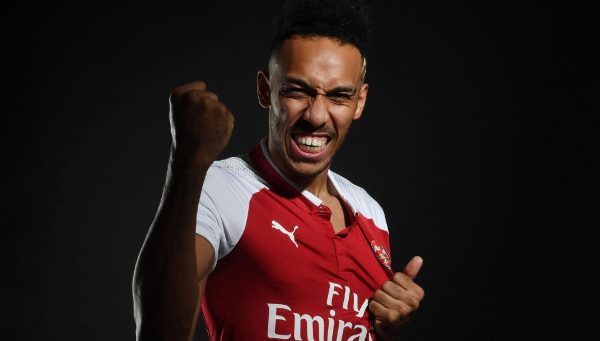 Along with Giroud, Theo Walcott was another striker that left the North London club for Everton, to make way for the Gabonese striker.

Meanwhile, their arch-rivals Tottenham, along with keeping hold of Llorente, managed to convince Brazilian Loucas Moura to swap the French Capital for England’s. The third London club in the whole stand-off equation, Chelsea, in addition to signing Giroud, also managed to buy Ross Barkley and Emerson Palmieri from Everton and Roma respectively. 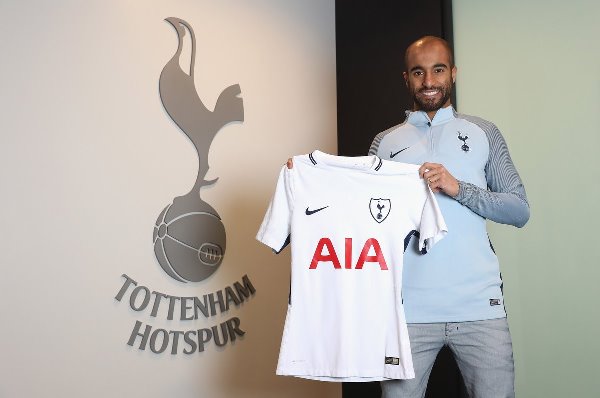 While all of the pretenders were scrambling for transfers in order to secure the Champions League spots, the runaway leaders, with an extremely healthy lead at the top of the table, ought not to have worried about any deals. But such is the nature of the beast that even Manchester City got sucked in all the excitement with a club record transfer of their own, when long-term defensive target Aymeric Laporte was acquired for a princely sum of £57 million. And even then, this surprisingly wouldn’t have been their only transfer, had Leicester City caved in. The deadline day saw City putting in multiple bids, including the final one at £60 million, trying to prize away former Player of the Year, Riyad Mahrez, from the foxes. But Leicester refused to budge from their exorbitant valuation causing Guardiola to begrudgingly back-off from the deal.

Another notable transfer saw Daniel Sturridge leave Liverpool on loan to West Bromwich Albion, which, in my opinion, was a risky move, but hey, ‘in Jurgen Klopp We Trust’.

It seems though that even though Liverpool sold Coutinho and haven’t been able to replace him, they would still finish off second behind Manchester City. Considering how they managed to defeat the undefeated, it is fair to say that they have a huge boost of motivation to do well for the rest of the season.

Despite replacing Sanchez with Mikhitaryan and Aubamayeng, Arsenal would continue its downward spiral and will not be able to make way into the top four. Chelsea is another team that is headed towards it’s doom. Signing three new players, including Giroud, will not help lift up the spirits of the club. The unstable environment back at Stampford Bridge, with the club manager and management at loggerheads, would derail the season for them. It is most likely, as per rumours, that Conte will leave at the end of the season.

Spurs have been consistent throughout their season and would most probably come in third this season. After all, having the best striker in the world in Harry Kane definitely has its perks. Even though the Red Devils have made the best transfer by acquiring Sanchez, they would just make it to the top four. Jose Mourinho’s ‘park the bus’ technique hasn’t fared well for the boys this season. Buying a player like Sanchez and then making him wait will be a waste of his talent and everyone’s time. It is time Mourinho realises the problem isn’t that he does not have the finances for better players like City does; the problem is his arrogance that refuses to change his play style according to the abilities of his players.

All in all, it has been like a roller coaster ride while it rains money. Premier League clubs spent more than £430 million in the January window, nearly doubling the previous record of £225 million in 2011. So next time you think about calling the winter transfer window a slow one, think again.