Who got the better end of the Sanchez-Mkhitaryan swap deal – the Red Devils or the Gunners? 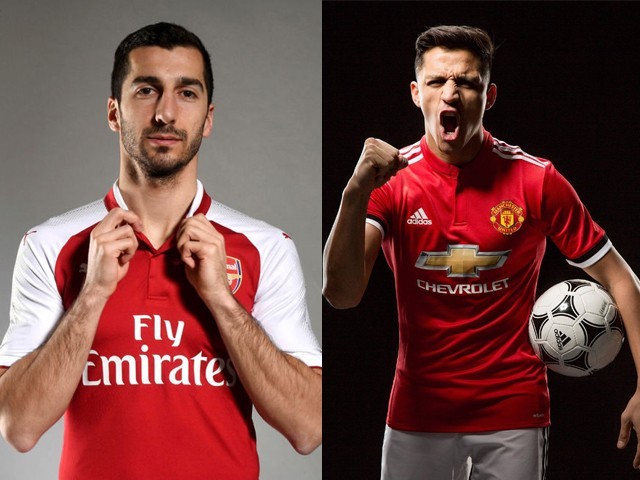 There are times when I actually wonder what is it that football fans truly consider as the most essential facet of the game they oh so fervently claim to love. Is it really the sport itself that fuels their passion? There was a time when an actual football match was the real deal while player transfers were just a very tiny part of the whole equation. But now it seems like the exact opposite is true.

The current generation might find this a little hard to believe, but having a fixed period of time every year for players to transfer from one club to another, also known as ‘the transfer window’, is a relatively modern phenomenon. Back in the day, players could have switched teams at any given time, barring the last month or so, during a football season. But then by the end of the 90s, the nine top leagues in Europe including England, Spain, Germany, Italy and France amongst others, decided that the highly destabilising player transfer process needs to be re-examined across the continent. And thus, the system we know today was finally introduced in 2002-03.

This whole theory of transfer windows being more important than the actual sport itself can be put to the test by simply checking out the heavy involvement of the whole football fandom on social media during the two transfer periods as opposed to the rest of the year.

With the whole month of January being one of the aforementioned periods, it seems for an average fan these days nothing beats the high of a player potentially being linked with your club on social media. With the speculation, comes all sorts of wild theories; from the expected cost of the transfer to the number on the back of the incoming player’s jersey, everything is fair game. But there is one particular fantasy that every fan likes to indulge in, despite the fact that it rarely happens – the idea of swapping one of the unwanted member of your club’s squad with a desired recruit, along with perhaps a little bit of money also changing hands.

Off the top of my head, I can only recall a handful of instances where the aforementioned scenario has actually come to fruition (Zlatan Ibrahimovic and Samuel Eto’o, Ashley Cole and William Gallas), with no-money-involved direct transfer even more rare. The only straight swap that I can remember at the moment is Arsenal and Real Madrid exchanging Jose Antonio Reyes and Julio Baptista, and even that was a season-long loan deal. But guess what, with Alexis Sanchez and Henrikh Mkhitaryan changing hands, we finally have a high profile case of a popular pair swapping two famous clubs.

However, the identity of the teams involved is still something that is bound to leave a lot of people surprised. Chile forward Sanchez almost joined Manchester City for £60 million last summer, and rumours continued to link him with Pep Guardiola’s side before the January transfer window opened. But City’s reluctance to pay Arsenal what they were looking for, proved to be the cue that Manchester United needed in order to hijack the player from right under Guardiola’s nose. It definitely helped that the Red Devils had a huge bargaining chip in the form of Mkhitaryan, who himself was heavily linked with his former club Borussia Dortmund. Arsene Wenger was a big fan of the Armenian playmaker and didn’t need any second invitations to sanction the deal when the prospect of a desired player was dangling right in front of him.

On the face of it, this might seem like smart business from both the clubs, but if we delve deeper into the financial fine print, we would realise that all that glitters in the murky world of football transfers is not really gold.

According to a lot of sources, the 29-year-old Chilean managed to score himself an eye watering four-and-a-half-year deal worth half a million pounds a week. While it is safe to assume that Sanchez would be chuffed to bits with his super lucrative contract, the same cannot be said for the likes of Paul Pogba, Romelu Lukaku and David De Gea; they would have been instantly on the phones with their agents , instructing, nay ordering to secure them wage parity.

United might have gotten a truly fantastic player, but if it is at the expense of squad harmony, then it makes the whole transfer a little doubtful, if not completely flawed.

As for Arsenal, they have acquired a potentially talented player in Mkhitaryan to replace someone who would have left for free in the summer. But the big question is whether they are getting the talent that lit up the whole of Bundesliga with his devastating play-making skills while with Dortmund, or are they really stuck with a player who was unable to string even the simplest of passes under Jose Mourinho.

While a lot of talented attacking players have failed to perform under the Portuguese manager who is notorious for his ultra-conservative tactics, but if it is a case of Mkhitaryan simply being not suited to the English league, then the Gunners are in for a major heartbreak.

But for now, it’s not just the two sets of supporters who are all excited about this particular deal, the rest of the football fandom is also buzzing. If nothing else, it will, at least, justify them wildly speculating about a swap transfer involving their own club, for the next decade or so.