Man City will take home the title, but without their unbeaten run, thanks to the magical nature of Liverpool 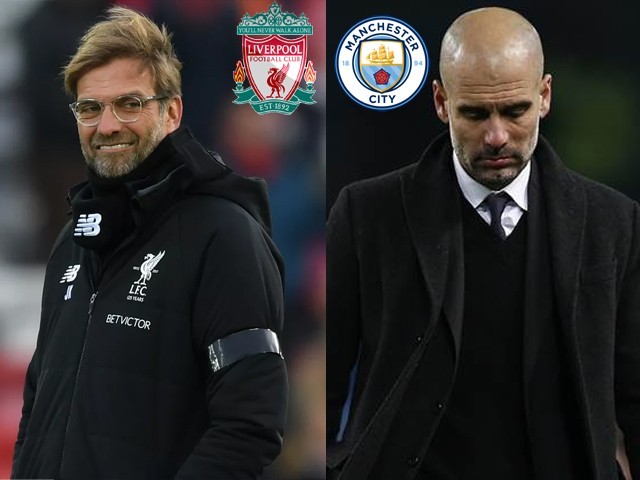 And once again the Reds managed to conjure up that very magic to dispatch the champions elect in an enthralling 4-3 encounter.

Phillipe Coutinho might be a very special player; he could even be one of the best footballers currently plying their trade on God’s green earth, but then again, no single player can ever be bigger than the club. This axiom gains special credence when the club in question is as iconic as Liverpool.

Following a drawn-out saga, the diminutive Brazilian eventually got his wish last week, when the Merseysiders agreed to sell him to Barcelona, in the third richest player transaction ever, for a whopping £145 million. 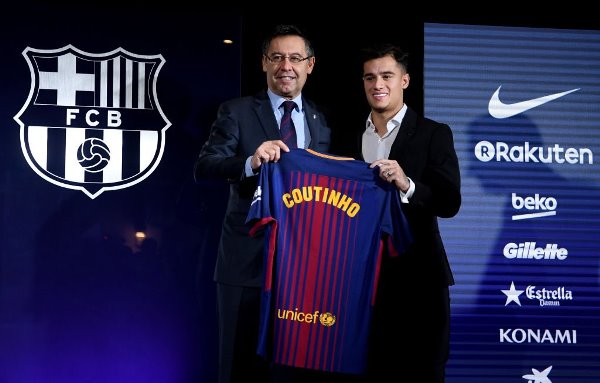 Virtually, every other Reds’ fan questioned the timing, if not the deal itself. It all seemed a little bizarre, considering the attacking midfielder would not even be eligible to play for Barca in the knockout rounds of the Champions League, a competition in which Liverpool themselves are billed as one of the Dark Horses. But try telling that to the super impatient Coutinho. He threw his proverbial toys out of the pram and acted like a spoiled brat, till he got what he wanted.

Liverpool manager Jurgen Klopp had no other choice but to swiftly sanction his sale; a justifiable decision considering how Coutinho’s behavior could have cast a grey shadow over Reds’ extremely promising season and thus further reinforcing how a mere footballer, regardless of his talent, can never hold a century-old institution to ransom with his act of sheer petulance.

“I have been here long enough now to know in the history of Liverpool, key players have left before – but the club always goes on. You cannot transfer the heart and soul of Liverpool Football Club, although I am sure there are many clubs who would like to buy it,” Klopp said after Countinho’s transfer.

As it turns out, Liverpool’s immediate test following the transfer happened to be against Manchester City, just the most in-form team in the whole of Europe. The Citizens’ visit to Anfield coincided with them being on a 22-match unbeaten run and with a 15 place gap to the team in second in the Premier League. They were at the top of the table in a mini league of their own.

The haters, seeing this as a sign of weakness, had their knives well and truly out. Without Coutinho, nobody was even willing to give the Reds any chance against the runaway league leaders. But one thing they all failed to take into account was the magical nature of this club, hailing from the Northwest in England. Liverpool is a special club during the best of times, but it is even more extraordinary when the chips are down. You only need to cast your mind some 13 years back to that truly astonishing night in Istanbul in order to really grasp the mystical qualities of Liverpool FC.

And once again, the Reds managed to conjure up that very magic to dispatch the champions elect in an enthralling 4-3 encounter.

Following a frenzied start to the match, the contest truly kicked-off when summer recruit Alex Oxlade-Chamberlain, after a mazy run from the deep, slammed in an unstoppable drive from 30 yards out to give Liverpool a deserved lead. 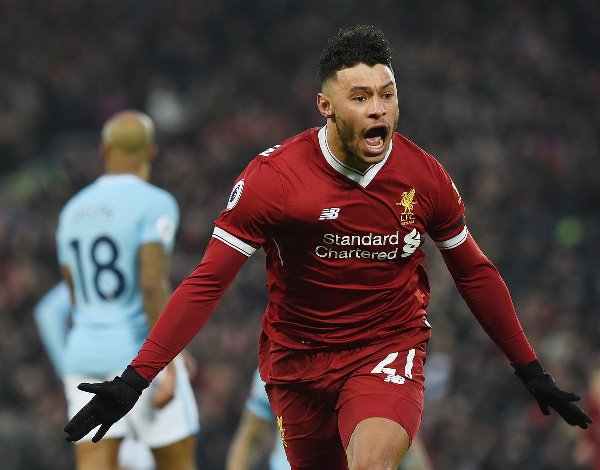 Alex Oxlade-Chamberlain of Liverpool Celebrates the opener during the Premier League match between Liverpool and Manchester City at Anfield on January 14, 2018 in Liverpool, England. Photo: Getty

The Reds went on to dominate the half until Leroy Sane, capitalising on a couple defensive howlers, managed to restore parity when he drilled in a shot inside Loris Karius’ post, five minutes before half-time. 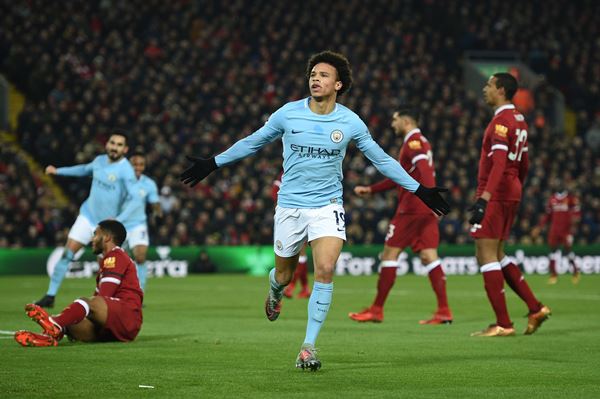 For any other team playing against Man City, this would have been an alarming situation, but for Liverpool, it was simply a minor blip.

Start of the second half saw the Reds approaching the encounter with a renewed vigour. ‘The Fab Four’ might have lost a key member in Coutinho, but in nine devastating minutes, all three of Roberto Firmino, Sadio Mane and Mohamed Salah scored to put the hosts 4-1 up, while setting the foundations for an even more encouraging follow-up act, ‘The Terrific Trio’. This Red Blitzkrieg was a thing of beauty and nothing like anything that City would have experienced this season. 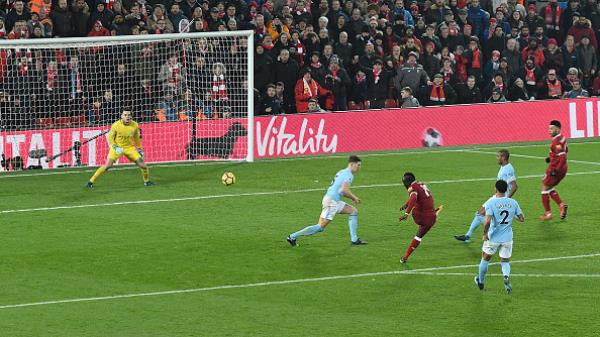 Sadio Mane of Liverpool Scores Third Goal during the Premier League match between Liverpool and Manchester City at Anfield on January 14, 2018 in Liverpool, England. Photo: Getty 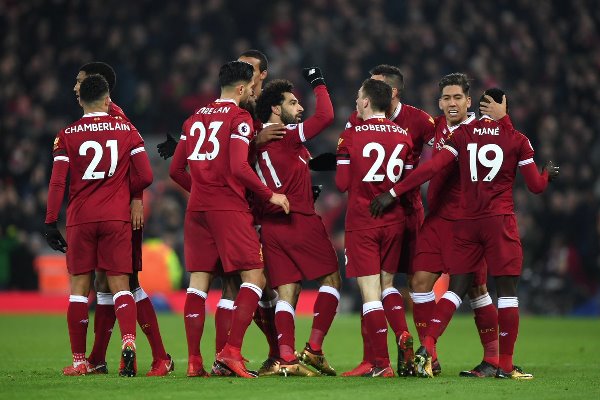 There were a few jitters in the last 10 minutes with Liverpool conceding two cheap goals to set up a nervous finale, but crucially they held their nerves to see out the contest, thus inflicting first league defeat on Pep Guardiola’s side. 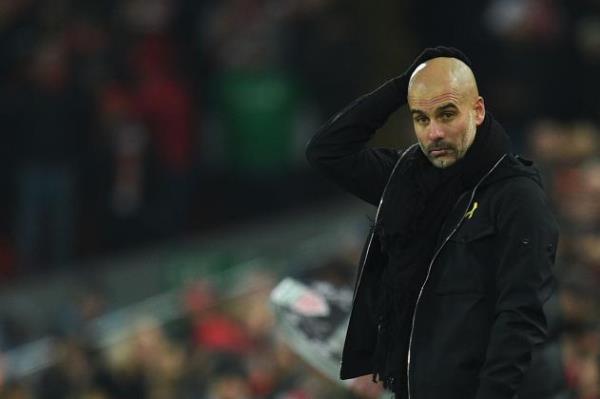 Before the match, rivals were expecting Liverpool to be demoted to the fifth spot but instead Liverpool climb above Chelsea into third place, and are now only three points below Manchester United.

Klopp appropriately branded the victory as a big statement following Coutinho’s sale earlier in the week.

When asked to sum up the victory, the German told the media,

“You score four goals in a week where Coutinho left the club, so it’s a big statement. We knew that we are able to do that, but still there’s a job to show it.”

Even without the Brazilian, Liverpool with their abundance of attacking riches – now also supplemented with the defensive solidity of the £75 million defender Virgil van Dijk – seems like the team best placed to challenge Guardiola’s boys at some point in the future. Manchester City, barring any major catastrophe, would ride home with the league title this year, but if the mighty Reds maintain their form, the next season for City would be anything but a walk in the park.

With his mantra of ‘team is always more important than any individual’, Klopp has mostly answered the doubters and the haters with a resounding victory over the league leaders. The only question that now remains is, Coutin-Who?