Does going to a psychologist mean that one is “crazy” or “weak”? 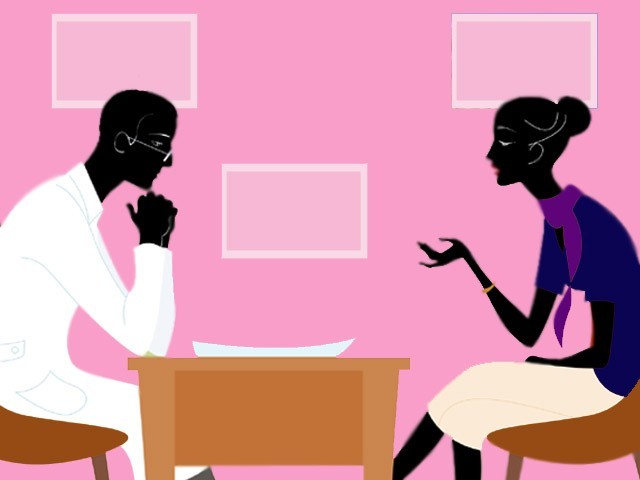 Psychologists and counsellors often work with day to day concerns and difficult life transitions such as divorce, death in the family, adjustment issues, or stress and anxiety. PHOTO: PINTEREST

Whenever I tell someone I am a psychologist, I usually get one of two responses:

“Can you tell what I’m thinking right now?”

“You must be pretty crazy to deal with so many crazies!”

I recently went to get my driving license renewed, and when I was called in for a medical evaluation, the assistant asked me for some personal information, including my profession. When I told him I am a psychologist, he suddenly paused and asked,

(Do I look crazy to you? My friends call me crazy.)

This was an amusing, but not an uncommon experience for me. In light of such instances, I am sure it is easy to guess the perception people in Pakistan have regarding psychologists.

In all honesty, consulting a psychologist in no way implies that one is crazy or mad. Psychologists and counsellors often work with day-to-day concerns and difficult life transitions such as divorce, a death in the family, adjustment issues, or stress and anxiety.

Most people wonder – what happens in a counselling room? What do psychologists really do? Does going to a psychologist mean I am crazy or weak? What if people find out I am seeing a psychologist? These questions are what dissuade people from seeking help, despite suffering from psychological and/or emotional pain.

This is not to suggest that psychologists do not work with serious mental illnesses because they do. However, they also deal with and help individuals having trouble in their personal and/or professional lives. Let’s be clear that those who seek help from counsellors are not weak. On the contrary, they show certain strength of character by taking the first step and admitting that they need help. Relationship or marital problems, the death of a loved one, work-related stress or dissatisfaction, mid-life crisis, sexual harassment and depression are just a few examples of serious life issues that can prompt a person into seeking help.

As a psychologist, I have dealt with various daily life issues. One of my clients was an undergraduate student suffering from anxiety-related issues who was unable to cope with the stress of studies and exams, and as a result, resorted to over-the-counter medicines to help her study. When she came to me, we not only worked towards reducing and finally eliminating her drug use but also helped her deal with her anxiety in a way that ultimately put her in control.

I distinctly remember her mentioning how difficult it was for her to approach a counsellor, she almost did not come because she felt her peers and even her parents would ridicule and judge her. However, she later admitted that she does not regret her decision to seek help one bit. Another client came to me for grief counselling as her mother had recently passed away from breast cancer and she was having difficulty coping with life after her. A male client came for consultation because he was having difficulty coping with the pressure of two jobs. All patients initially worry about approaching a psychologist – many admit that others think of them as weak, crazy or mad for asking for help.

Another experience I would like to share relates to an awareness program I was involved with. Our aim was to raise awareness regarding postpartum depression and postpartum psychosis in the uneducated masses of Pakistan. Needless to say, it was one difficult road to manoeuvre. I remember approaching houses to speak to women but the men of the house who would answer the door would refuse to let their wives/sisters/daughters meet us. According to them,

(You will spoil our wives; all that you are saying is nonsense.)

So how did this stigma emerge? Let us take a step back and look at some of the history of psychology in Pakistan. In the past, psychology and therapy were associated with what were known as ‘mental hospitals’, where patients were bound and mistreated, especially if they suffered hallucinations, and were eventually labelled ‘lunatics’. Though psychological and psychiatric care has come a long way, the stigma of being called a ‘lunatic’ or ‘crazy’ still persists. People fear that if others find out that they are consulting a psychologist, they will be seen as someone who is mentally ill or unfit for society.

The role of a psychologist now is not only to provide counselling and therapy, but also to raise awareness regarding psychological issues. Psychology is no longer simply about treating disorders such as psychosis, as seen in many Hollywood movies. Psychologists now use their knowledge to improve the quality of life of their clients.

Just as we do not think twice when consulting a general physician or a specialist for physical illnesses, we should no longer be scared of consulting a counsellor or psychologist when experiencing mental health and psychological issues. Ultimately, knowing when to seek help is the greatest favour you can do for yourself!

The author is currently pursuing a PhD in Psychology from University of Karachi. She has been working in the field of counselling for a decade - associated with various different clinical organisations as well as schools and higher education institutes as a counsellor. She has also presented her research in various national and international conferences and her work has been published in national and international journals as well.