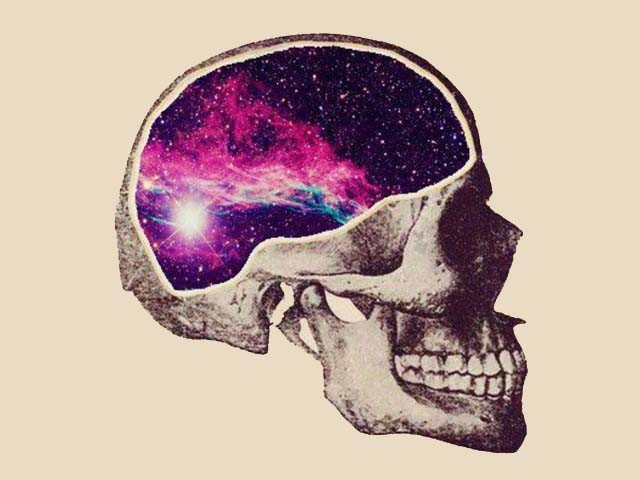 In light of my weird and ‘imprudent’ choice, I can envision that studying psychology can lead to the betterment of the individuals around me. PHOTO: PINTEREST

On the verge of their college graduation, everyone is confronted with a wide range of career choices. They have to consider which career draws them in as it depends upon a number of factors pertaining to the individual and the market scope.

Nevertheless, millions of choices are made and people commit to different disciplines every year. Some go for ‘passion’ while some opt for ‘prudence’, and let me tell you, this is leading us straight into that scope versus interest argument that has been going on for decades. But without delving into this never-settling issue, let’s stick to our central debate.

They say choosing from a platter brimming with a variety of dishes is always a difficult task. The pain this paradox of choice brings is very unpleasant. The choice of one might bring the regret of not choosing the other. So the lesser the choices, the better it is.

I was stuck in a similar conundrum towards the end of my college graduation. I scored around 86% in my intermediate in pre-engineering and was expected to land a spot at a top-notch university and grab the most obvious (rather say fruitful) of degrees. Parents to neighbours, to people I hadn’t even spoken to aside from a greeting every now and then, now dreamt of me walking out of Nadirshaw Eduljee Dinshaw (NED) University’s gates with a graduation hat, a job and a box of mithai (sweets) the very next day.

The fact that I chose to pursue psychology as a career meant that their expectations of me would never be met. All the aunty Rubinas, Shabanas and Rukhsanas grabbed their phones and began prophesying my ruin. From that day onwards, I was declared a psycho myself, deprecated, directly and indirectly, publicly and privately, blatantly and implicitly.

Most of what my uncles and aunties said was somehow a euphemism of the following:

“One should be psycho enough to go for psychology in circumstances like these.”

“Do you want your old parents to die of hunger, beta?”

To a certain extent, I agree with their prophecies considering the monetary restraints that come with a field like mine.

All the stones hurled and arrows aimed could not permanently damage my fortress of conviction. Deep down, I knew which path I had chosen to tread upon and why.

This ‘why’, I reckon, is the most crucial of all the questions you have to ask yourself before choosing a career. The more convincing your answer sounds to you, the more meaningful your path becomes. Fortunately, I had many answers for my resolve.

Studying humans and a wide understanding of how they operate in their settings has always fascinated me. For me, understanding humans has been one of the most valuable skills one can possess. The more I used to wonder about this phenomenon, the more intricate and complex it seemed. And then one day, I learnt about the discipline called psychology. I was amazed to learn that it governed all the principles pertaining to the human mind and answered so many questions I had frequently wondered about.

But, dear reader, don’t let yourself think that it was this impulse and fantasy that made me jump into this very ‘mire’ straightaway. The decision I took was a painstaking and mind-boggling one for me, because I am predestined to shoulder the burden of breadwinning in my household.

For many people, career means the procurement of a pay-slip at the end of the month, that’s all. The heftier this piece of paper gets, the more success one accumulates. Sadly, no vision or desire to make a difference pilots their choice, let alone the recognition of one’s own self and skills.

On the other hand, this was not the case with me. In choosing psychology, I could see myself translating my interests, attitudes and skills into a career that was best suited for me. In addition to this, I must admit that I also struggled with an interest in machines throughout my life. Changing a bulb from a holder was enough to challenge my disposition. So I chose to be an effective psychologist who may earn less than some futile engineer with pots of money. In my opinion, sacrificing your inner peace at the expense of a heftier pay-slip is not so wise.

This reminds me of an inspirational line from the movie 3 Idiots.

One might argue that it was simply a matter of luck for both. Did every cricketer become as exalted as Tendulkar alone and every singer as venerated as Mangeshkar? The answer is no. But we can never disparage the effects of hard work and resilience both must have put into their careers.

As for the ‘prudent’ part in my decision, I think it is both present and absent at the same time. My own aptitude and natural tendencies validate it in terms of prudence but otherwise render it incautious when we take into account the ‘scope’ of psychology in Pakistan.

Dear reader, please don’t think that I am putting my choice on a high pedestal. In fact, the financial scenario linked with a career in psychology is a factor demotivating enough for the general public. But on the other hand, the field is emerging, although gradually, as people are beginning to realise the significance of the discipline even in a developing country like Pakistan.

It is more of a matter of convenience than any other stunt. Convenience for the fact that I began to realise that engineering is not my thing, whereas in psychology, I saw a brighter opportunity to cash my tendencies and attitude.

But is extending your convenience to a profession that’s too essential and yet so scarce so wrong?

You see, that’s the basic reasoning behind my choosing psychology as a career. As I mentioned before, in a system under the influence of industrialism, we have taken for granted disciplines that are so crucial in sustaining human life.

Admittedly, people in Pakistan have started recognising the need for able psychologists as the country vastly lags behind in terms of mental health awareness. Consequently, there’s a dire need for mental health professionals in Pakistan.

In light of my weird and ‘imprudent’ choice, I can envision that studying psychology can lead to the betterment of the individuals around me. Controlling the mechanisms and workings of humans can directly benefit society. With more emphasis exerted by industrialism in the quest of understanding machines, we forgot to employ our concentration upon the most important of beings and what phenomenon pervades its life most deeply.

Cynics can well deem me and my choice as mad and a probable result of the lack of smart advice. But for me, in all those career guidance talks and quests, psychology was the answer that reverberated every time. This discipline, I think, bears all the answers I have always searched for and promises a fulfilling life that might never bring me pangs of regret on my deathbed.

The author is in the first year of bachelors in Psychology. He completed his O-Levels from Habib Public School, Karachi.