In Pakistan, mental illness is diagnosed by a legal expert not a doctor 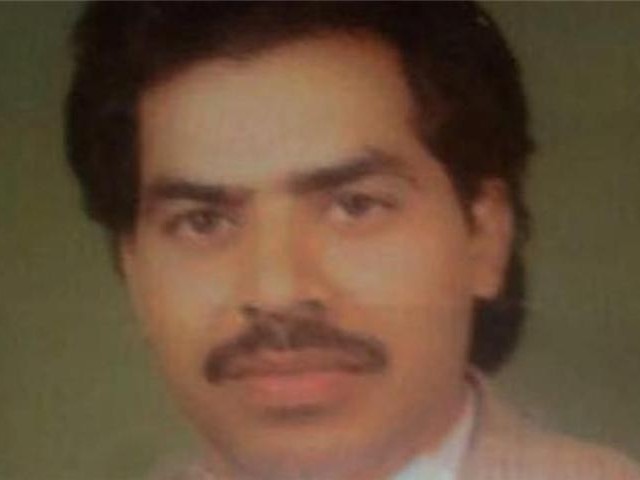 Imdad was sentenced to death in 2001 for killing a local mosque imam in Lahore city. PHOTO: AL JAZEERA

Every psych unit in the world teems with patients who confess a desire to do the morally unthinkable, or legally dubious. What separates them from the garden-variety criminal is their lack of control over their own thoughts and behaviours.

Imdad Ali, a 50-year-old citizen convicted of murdering a cleric many years ago, is a known schizophrenic. His condition has been verified by a government psychiatrist, Dr Tahir Feroze, among others – who, reportedly, has also demanded pardon for Mr Ali on medical grounds.

Schizophrenia is a condition characterised by hallucinations, illogical thoughts, and bizarre or even aggressive behaviour. The sub-type of ‘paranoid schizophrenia’, that Imdad Ali is known to be afflicted with, is marked by a delusion that someone is plotting to hurt the patient or his loved ones.

A medical expert may have expected this diagnosis to nullify the validity of his death sentence; or at the very least, as his wife Bano attempted, to postpone the sentence until the convict is lucid and capable of completing his will.

The justice system, however, appears to have parted ways with medical science in this regard. In a detailed judgment, the Supreme Court said:

“Schizophrenia is not a permanent mental disorder; rather it is an imbalance which can increase or decrease depending on the level of stress.”

Schizophrenia is a long-term disorder by any medical definition. In clinical practice, one is as unlikely to hear the term ‘ex-schizophrenic’, as say, ‘ex-diabetic’. Like most disorders of the mind as well as the body, the patient’s condition is unlikely to remain constant. The condition nearly always worsens or improves with time, based on treatment, the disease-type, or the environment.

‘Stress’ is far too ambiguous a term to be of much use in this sensitive matter; but if this is what the Supreme Court has placed on the table, then we may discuss it accordingly.

Is being on death row a ‘stressful’ situation? Or imprisonment for almost 16 years? Or worse, solitary confinement?

The last one is particularly egregious, as solitary confinement is known to cause jarring mental health issues in even the most stable of minds, as the American Psychological Association observes. Imdad Ali spent three years in such confinement, after fellow inmates started complaining about his manic and bizarre behaviour. If the convict had not been suffering from an exacerbation of schizophrenia at the time of the murder, it is conceivable how years of unimaginable ‘stress’ imposed by the justice system itself could have seriously worsened his mental state.

“In recent years, the prognosis has been improved with drugs, by vigorous psychological and social managements, and rehabilitation. It is, therefore, a recoverable disease, which in all the cases, does not fall with the definition of ‘mental disorder’ as defined in the Mental Health Ordinance, 2001.”

Much of this is true, as schizophrenia is a treatable disorder. However, some patients are more resistant to modern forms of treatment than others. It does not follow a precise mechanism like flipping a switch and watching the light bulb go from ‘on’ to ‘off’. Under severe psychological strain brought on by, say, death row or solitary confinement, the prognosis may be expected to worsen.

The judgment not only succeeds in inviting outrage from prominent human rights groups and legal charities around the globe; it also perplexes medical experts who wonder what it is that the Pakistani justice system believes ‘schizophrenia’ is, if not a chronic mental disorder?

Besides, what kind of individual is more qualified to ascertain whether a convict is mentally unsound, or if he has recovered? A legal expert or the medical doctor?