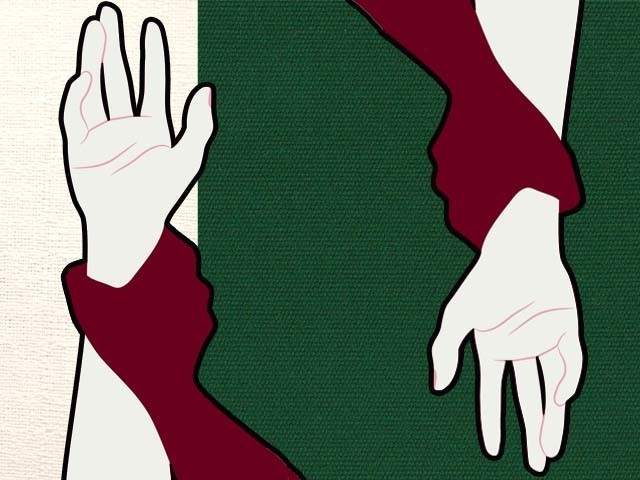 This article is part of a series which will try to answer several questions surrounding the law on sexual harassment in Pakistan. The aim is to allow people to understand what the legal regime on this issue is, how it works, and what needs to change.

Meesha Shafi’s case has allowed sexual harassment to enter into the mainstream discourse in Pakistan. More recently, the traumatic experience recounted by Jami shows how harassment and sexual violence are acts of power that do not spare any gender. These victims, and the countless others who have come forward, have shown the problems of a legal system infused with patriarchy which prevents victims of sexual harassment from obtaining justice.

Shafi’s case put the Protection against Harassment of Women at the Workplace Act, 2010 in the spotlight. As the Act’s name suggests, it is a legislation that is limited in scope since it applies only to instances where harassment occurs at the workplace. This often means that before the merits of a harassment claim can even be begun to be heard, an adjudicatory body must first establish three things: was the victim an ‘employee,’ did the harassment happen at the ‘workplace,’ and was the accused an ‘employee?’ A negative answer to any of these questions will result in the case being dismissed before any arguments on the actual harassment can be heard. This is, in fact, what happened in Shafi’s case before the Lahore High Court. The High Court ruled that Shafi was not an employee and was not at a ‘workplace’ during the alleged incident as per the 2010 Act’s definition.

It is therefore important to understand that the 2010 Act comes with its own set of technical legal hurdles that must be overcome before its provisions can be invoked.

So, what happens if a woman or a man is harassed outside the workplace?

“conduct sexual advances, or demand sexual favours or uses verbal or non-verbal communication or physical conduct of a sexual nature which intends to annoy, insult, intimidate or threaten the other person or commits such acts at the premises of workplace, or makes submission to such conduct either explicitly or implicitly a term or condition of an individual’s employment, or makes submission to or rejection of such conduct by an individual a basis for employment decision affecting such individual, or retaliates because of rejection of such behaviour, or conducts such behaviour with the intention of unreasonably interfering with an individual‘s work performance or creating an intimidating , hostile, or offensive working environment.”

It may surprise some people that section 509 covers instances of harassment in the workplace as well. The logical question being: why have two laws on the same issue? This is because the 2010 Act creates what is known as ‘civil liability’ i.e. it sets out compensatory provisions, and at best, recommends that the accused be removed from employment. This is the maximum penalty. Section 509, on the other hand, creates ‘criminal’ liability. An offence under section 509, unlike the 2010 Act, can result in punishment which may extend to three years in prison. It may also involve payment of a fine to the state of up to PKR 500,000/-.

Therefore, in any situation, section 509 should be the first legal provision invoked by victims of sexual harassment. First, because it creates criminal liability and prescribes a harsher punishment, therefore serving a greater deterrent effect on acts of sexual harassment. Second, because it does not necessitate proving anything other than the act of harassment itself, such as an employer-employee relationship. Third, the forms of behaviour that are liable to be called sexual harassment are far more accommodating of the broad variety of actions that can be used to harass someone.

So, why isn’t section 509 used more frequently by men and women? Why, for example, would Shafi go the route of the 2010 Act rather than section 509? These questions can only be answered by understanding that while laws to protect women exist in Pakistan, institutional patriarchy prevents them from serving their purpose.

While I will examine and explain the 2010 Act in more detail later in this series of articles, let me briefly explain why it is often seen as a more preferable route for victims of sexual harassment: the 2010 Act’s adjudication process happens before an Ombudsperson – not a court. Section 509’s proceedings happen before our lower courts.

That should give you a clue. If my time in litigation has taught me anything, it is this: our court system is a swamp of patriarchy.

Our lower courts are not a conducive environment for women to bring claims of sexual harassment. The court system involves women being harassed within court premises. Male court staff, male lawyers, and predominantly male judges give some prurient gazes that would make Harvey Weinstein blush.

This should not surprise anyone. Our lower courts are public places, and like all public places in Pakistan, they are not healthy environments for women. Given this, we cannot blame women for trying to avoid all of that and try to go before an Ombudsperson, or, resorting to social media.

The lower courts also harbour many of the patriarchal biases that can be found throughout Pakistan. For example, Shafi would probably not get a fair trial before a judiciary dominated by men who assume that women in the entertainment industry are ‘characterless.’ Similarly, a male victim of sexual abuse is often publicly shamed by the court. Section 509 states that even things like whistling at a woman are to be construed as sexual harassment, yet it is hard to even imagine a judge in our lower judiciary ever taking such a claim seriously. Patriarchal structures in our courts mean that a woman will be harassed even in her attempt to prove harassment. Therefore, alternative avenues like the 2010 Act’s Ombudsperson, or social media, will continue to be the best options for victims to highlight their issues until we fix our courts and begin to treat sexual harassment as a societal problem.

Structural patriarchy does not just exist in our lower courts. It manifests in our police stations too. For a case under section 509 to actually arrive before a court, the victim of sexual harassment will first have to go to the police to get an FIR registered. The problem is that sexual harassment has become so normalised in our society that while the law can say that even a sound or gesture constitutes harassment, the police think these instances are commonplace and not really worthy of an FIR. And without an FIR, there is no trial.

Furthermore, the same problem regarding an environment of harassment exists in police stations just like it does in our lower courts. These patriarchal barriers prevent women from obtaining justice through the ordinary course of the criminal law. They prevent victims from coming forward. They force victins to relive the trauma of harassment. They are abhorrent hazards in the access of justice.

But even if an FIR is registered, and a victim braves the court environment, the substantive criminal law is still against them. This will be the point I will discuss in the next article in this series.