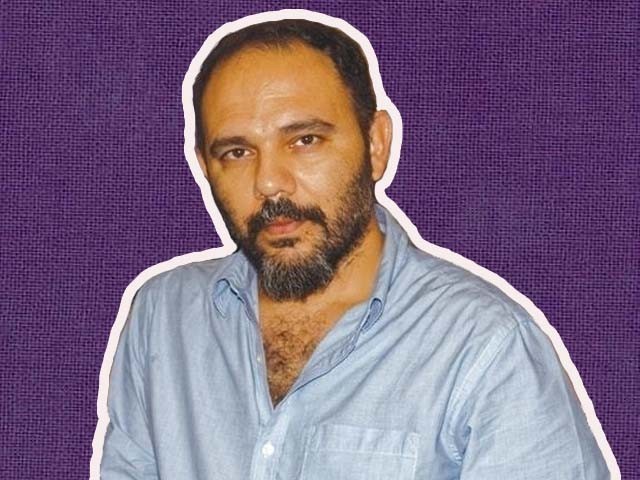 One only hopes that Jami’s brave voice will not go unheard.

Sexual harassment or abuse is a very difficult topic to discuss, especially in a country that still heavily indulges in victim-blaming. Despite the arrival of the MeToo movement in Pakistan, we are still having a tough time believing victims and holding perpetrators accountable, even in clear cut cases like the Mukhtaran Mai case. Things became more convoluted recently after Professor Afzal Mehmood, a lecturer at Government MAO College, committed suicide after he was wrongfully accused of sexual harassment. Those who oppose the MeToo movement used this incident to further their own agenda. As a result, many victims were afraid that the brief beacon of hope that this movement had offered for an open discussion about harassment and rape would also be extinguished. This is when an already vocal male ally of the movement spoke up once more.

Jamshed Mehmood (Jami) bravely spoke about being raped by a Pakistan media “giant.” He urged people to believe the stories of victims and said that he supported them because he too is aware of what the victims go through. He also went on to highlight the problems in our heavily patriarchal society and how the general narrative around male abuse is very tightly controlled.

For many in the country, it is almost inconceivable that a man can be raped, with many men themselves opting to treat the issue as a joke. But the light treatment of male abuse is not a phenomenon which is restricted to Pakistan. The subject of male rape was not extensively discussed, nor was it criminalised, in England and Europe until the late twentieth century. Recent studies go on to argue how there is still a great deal of stigma which surrounds the discussion of this topic and the hesitation to speak up about being abused often stems from the fact that such an act is viewed as having ‘tarnished’ ones masculinity. This is precisely why Jamiʼs courage has opened the doors for a very difficult, but also much needed, conversation that had thus far not gained a footing as part of the country’s MeToo movement; the male victim and the stigma that often surrounds him.

Rape or sexual violence is not gendered. It is also important to remember that the term sexual violence is not monolithic and can encompass a wide range of behavior, from being forced to expose yourself inappropriately, being brushed up against, or being forced to commit sexual acts. One thing that is often reported by victims of sexual abuse is the sense of confusion that comes after the abuse. Men that I have personally spoken with are still confused about whether to consider such incidents as sexual harassment or whether to stay quiet and uphold the toxic standards of masculinity. But even if a victim does get over the initial confusion and the trauma, where should he go to speak his mind? In a country where female victims are not believed and are ridiculed for talking about being harassed or sexually abused, where should these men go to seek justice?

Furthermore, sexual assault and rape can also sometimes be the product of a twisted power play. In Jami’s instance, it appears that the predator used his influence and the shame around sexual abuse to his advantage. In a lot of cases, the attacker will also build a relationship of trust with their intended victim, thus only furthering their confusion. For the past one year, my team and I have been trying to encourage celebrities and influential individuals to speak up against sexual abuse and harassment, but it has been a difficult journey since the shame and stigma attached with this topic often overshadows the issue itself.

We are now slowly witnessing a cultural shift, where some women have started pointing fingers at their abusers, but this nascent discussion is already under threat – both by those who oppose what the movement stands for and by those who wish to protect the individuals who have been accused. It is important to not stop now and to create a safe space where victims, regardless of gender, can speak up and get the emotional as well as physical support they need. It is imperative that we hold all those people accountable that take advantage of their social standing and choose to participate in such heinous crimes, and we must also raise a voice against those who choose to protect such people. As a society, we need to work on the empathy we offer to victims of abuse, regardless of gender, and to not dismiss them as a joke, or worse, as someone vying for attention. We must realise that rapists are the ones to blame for rape, not the victims. One only hopes that Jami’s brave voice will not go unheard.

The author is the lead vocalist of The Sketches (a Sufi band) and is also the founder of 'Lahooti Melo,' which promotes art and music, especially indigenous artists. He tweets @saifsamejo (twitter.com/SaifSamejo)

The importance of preserving the Karoonjhar Mountains

#IBelieveHer, and so should you

Is it compulsory to hate India, America and Israel, in order to love Pakistan?