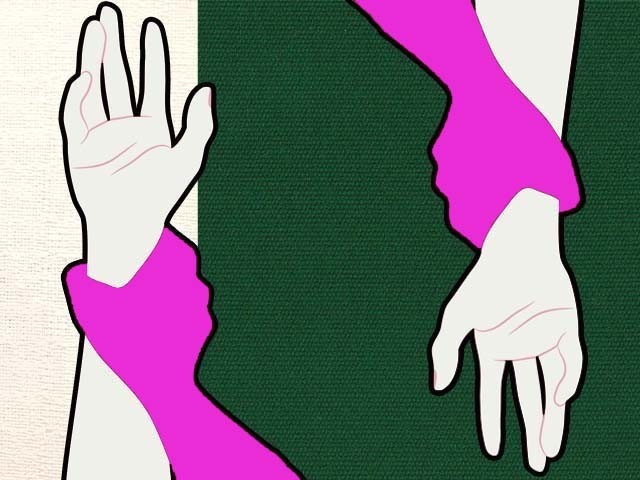 This article is part of a series which will try to answer several questions surrounding the law on sexual harassment in Pakistan. The aim is to allow people to understand what the legal regime on this issue is, how it works, and what needs to change. Read part one here.

In my previous article in this series I wrote about how section 509 of the Pakistan Penal Code makes sexual harassment a criminal offence. However, as I argued, structural patriarchy in terms of the court system and the police pose obstacles for victims of sexual harassment from coming forward. To conclude my analysis of section 509 it is vital to talk about certain substantive legal principles that perhaps fail to understand the unique issues that cases of sexual harassment exhibit.

Feminist theorists such as Catherine MacKinnon have spoken at length about how the female perspective has been historically excluded from debates regarding how the law should be developed. Therefore, legal principles often neglect to address issues that are predominantly faced by women while shaping the law on a particular area. The root cause of this is of course patriarchy. Patriarchy has made it difficult for both men and women to look to the law to obtain justice in cases of sexual harassment and abuse.

Consider first that a victim of sexual harassment must register a FIR as soon as possible after the alleged incident has occurred. The greater the delay between the registration of a FIR and the incident, the greater the possibility that the FIR will be treated as suspect by a court of law. Ordinarily, this makes sense, but this legal principle can be fatal given the particular nature of sexual harassment cases.

Victims of sexual abuse do not come forward until a significant amount of time has passed. In fact, most victims of sexual harassment don’t speak up at all. According to the National Sexual Violence Resource Centre (based in the United States), 63% of sexual assault cases are not reported to the police, while only 12% of child sexual abuse is reported to the authorities. Much of this has to do with trauma. The psychological trauma that harassment entails is the biggest deterrent against victims speaking up. For the retelling of harassment asks victims to relive the harassment. To battle that trauma, to eventually come to a place where someone can have a conversation about it with complete strangers (i.e. the police or lawyers) takes time, bravery, and resilience. This is over and above the courage needed by a victim to face the backlash that follows speaking up. The usual gamut of allegations of ‘liar,’ ‘attention seeker,’ and ‘opportunist.’

Of course, one might argue that the law is being perfectly reasonable in having a principle that asks victims to not delay going to the police. The justification for this rule is based on the concept that people will be unable to recollect what really happened once a considerable amount of time has passed, therefore making the victim’s recollection doubtful. My point is that delay should not be fatal to a criminal case of sexual harassment. To understand this point let’s take a look at the testimony of Christine Blasey Ford, a university professor who alleged that the nominee for the Supreme Court of the United States, Brett Kavanaugh, had sexually assaulted her 36 years ago.

Recounting before the Senate Judiciary Committee how Kavanaugh and his friend, Mark Judge, had harassed her, Ford said:

“Indelible in the hippocampus is the laughter. The uproarious laughter between the two, and their having fun at my expense.”

When Democratic Senator Dianne Feinstein asked her how, after decades, she could be sure of what had happened, Ford explained how trauma and memory work.

Ford wasn’t quoting some Wikipedia article – she is an expert in the field of psychology, with a doctorate in the subject. She explained how because of “norepinephrine and epinephrine” in the brain, neurotransmitters embed memories. The consequence of this, according to Ford, was that “trauma related experience is locked there, so other memories just drift.”

What this means is that victims of sexual harassment are unlikely to forget the experience. It is seared into their brain. According to psychiatrist, Richard A Friedman, survivors of traumatic experiences vividly recall the events even after a long period of time.

If this is true, then the legal principle that delay in a FIR is fatal must make an exception in cases of trauma such as sexual harassment. Furthermore, given that there is sufficient scientific research on this subject, the rationale for the delay rule seems to fall apart in sexual harassment cases. Of course, context matters given the broad wording of section 509 and the types of harassment it encompasses. How such an exception is to operate and how it needs to be tailored must be debated. Currently, the debate doesn’t even exist.

The second substantive point that the law must address is regarding evidence.

Sexual harassment often occurs against the victim by someone they know well, and, occurs where there are only two people present: the victim and the predator. In such cases the only evidence available is the testimony of the victim.

The criminal law generally demands that an independent witness, or, independent evidence exist in order to verify the account of the victim. The sole testimony of the victim is in most cases not seen as sufficient for a conviction.

In cases of rape, the law in Pakistan allows that the sole testimony of a victim can be sufficient evidence for convicting an accused. This doesn’t mean that whatever a victim says is taken as the gospel truth. The victim must stand the test of cross-examination by the accused’s counsel. If after cross-examination the victim’s testimony still remains free of contradiction, then the court may view their testimony as sufficient evidence.

The law must make sure that the same principle applies in cases of sexual harassment. The nature of the offence is such that the victim’s statement will usually be the sole evidence available. Asking other people whether or not they saw the harassment happen is usually not going to yield fruitful results. So instead, given the science that shows that trauma victims vividly recall the ordeal they have gone through, there is no reason not to take the victim’s testimony as sufficient evidence to convict – provided it withstands the test of cross-examination.

It is essential that these two elements – delay and lack of independent evidence – be moulded to fit the unique nature of sexual harassment cases. This will allow section 509 of the Pakistan Penal Code to achieve its true purpose in providing justice to victims.

In the next article in this series I will discuss the Protection against Harassment of Women at the Workplace Act, 2010.