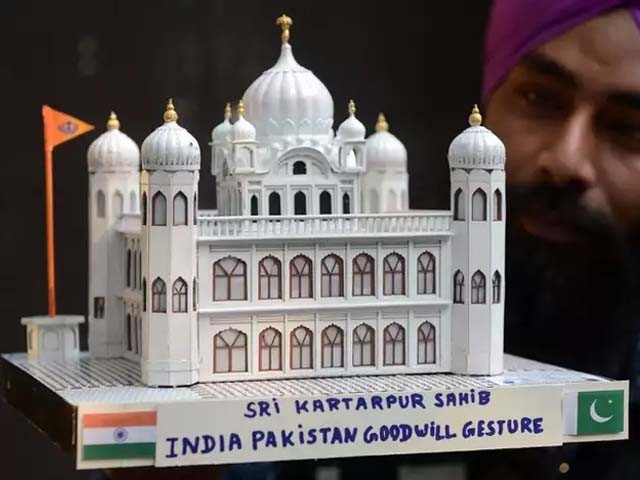 Influential Bharatiya Janata Party (BJP) ideologue Subramanian Swamy called on the government to suspend construction of the Kartarpur Corridor until Pakistan’s intentions are “set right first”. This proves the veracity of an earlier prediction that India will politicise this project in the aftermath of its unilateral Israel-like moves in Kashmir but try to blame it all on Pakistan instead.

India is playing games with the religious sentiments of the Sikhs by politicising the Kartarpur Corridor which is supposed to open in November and facilitate pilgrimages to the Gurdwara Darbar Sahib across the border in Pakistan. That shrine is the final resting place of Baba Guru Nanak, the founder of the world’s fifth largest religion whose 550th birth anniversary is later this year. It’s of supreme religious importance for followers to be able to freely visit that location during such a significant time, but now India’s throwing all their hopes into jeopardy after the statement by influential BJP ideologue Swamy on the issue. Speaking to reporters, he said,

“In my view, in the interest of the nation, the work (on Kartarpur Corridor) should not move ahead. Whatever work has taken place (on the project), let it stop there… Pakistan’s intentions are bad and they have to be set right first.”

His remark was likely triggered by the fact that Pakistan didn’t bite the bait of being the one to suspend construction of the Kartarpur Corridor in response to India’s unilateral moves in Indian-occupied Kashmir (IoK), like New Delhi had hoped that it would. From Pakistan’s perspective, humanitarian cooperation with India in support of the Sikh community is separate from the two countries’ disagreements over Kashmir and India’s human rights violations of its occupied people in that disputed territory – which is why it decided not to politicise the Kartarpur Corridor. India had clearly miscalculated, as always, but ‘the show must go on’ and the BJP is now signalling that it might still go through with its pre-planned provocation of suspending the project despite there being no ‘plausible’ pretext for it.

The intention in doing so is to trigger the Sikh community of Indian Punjab into organising protests against Pakistan so that the optics of that event can then be opportunistically misportrayed as also supposedly being protests against the Sikhs For Justice (SFJ) Referendum 2020 campaign for an independent Khalistan. Something that New Delhi alleges, without any proof whatsoever, is being backed by Islamabad.

It is extremely unlikely that any organic protests of this sort would ever take place since the Sikh community is well aware that India is playing games with their religious sentiments because of how fearful it is of the Khalistan cause. However, some demonstrations might still occur if the BJP bribes a handful of allied Sikhs to participate. The ruling party could then point to a recently published piece as ‘predicting’ that these manufactured protests would take place, thus further advancing their narrative.

Even so, it’s important to stress that the most likely organic protests to develop in response to Swamy’s statement, and especially if India suspends its construction of the Kartarpur Corridor, would be against the state itself for politicising this project and therefore depriving them of the right to more easily undertake pilgrimages to the Gurdwara Darbar Sahib as part of their religious duties. India wouldn’t be expecting these types of protests because of its habit of miscalculating how others will react to its policies, but that doesn’t mean that it would be unprepared to respond to them. It’s foreseeable that government-aligned media in the country would instantly paint those protests as ‘Pakistani-backed terror provocations’ in support of Khalistan, even though Islamabad would have nothing to do with them. The demonstrations would be purely peaceful, and it’s far from certain that the participants as a whole would want to link the Kartarpur Corridor with the Khalistan movement.

Although entirely false that info-war narrative would be propagated in order to ‘justify’ the state’s public crackdown on the Sikh community, undertaken with the intent of ‘setting an example’ that could intimidate the rest of them. The government already gave eight regions the right to utilise the so-called Unlawful Activities (Prevention) Act (UAPA), the recently proposed amendments to which would give the authorities the power to declare anyone a terrorist without due process. This could be used against Sikhs accused of supporting the SFJ, which might precede the imposition of the Armed Forces (Special Powers) Act in part of, or all of, Indian Punjab ahead of next year’s planned plebiscite on independence. As such, one could say that India is provoking the same protests that it’s fearful of through its politicisation of the Kartarpur Corridor in order to have the ‘pretext’ for cracking down on the Sikhs and more openly carrying out its long-running, Kashmir-like ethnic cleansing against them.

Emboldened by the relative lack of international concern over its unilateral Israel-like moves in Kashmir, India now seems like it’s ready to set its sights on the Sikh community as the next large-scale victim of its ethnic cleansing campaign intended to turn the country into a Hindu Rashtra (fundamentalist Hindu state). The Sikhs have been oppressed by India since independence and their plight only became worse after the horrible events of 1984, but their slow-motion genocide might soon speed up if India goes forth with the aforementioned scenario that could realistically be put into motion by the state’s politicisation of the Kartarpur Corridor. Just like in occupied Kashmir, India would try to ‘justify’ its actions in Punjab as being a response to ‘Pakistani-backed terrorists’ after already attempting to precondition people into believing this info-war narrative. The rest of the world’s silence, barring a few possible exceptions, would give India a carte blanche and lead to an even worse disaster.

History in the making: What to expect from Imran-Putin’s first meeting?