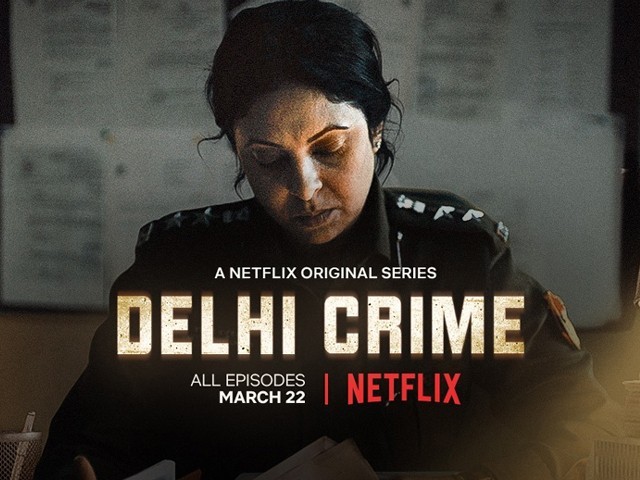 The primary emotion I felt while watching Delhi Crime was frustration. PHOTO: IMDB

If Rotten Tomatoes’ ratings and the opinion of my favourite funny woman, Twinkle Khanna, are anything to go by, I might be the only person on this planet who didn’t love India’s latest Netflix offering, Delhi Crime.

I went into it really wanting to love the show because it’s based on actual police files from the Jyoti Singh case investigation, a case I followed closely since December 16, 2012; the day the world found out about the absolutely abhorrent way Singh, a 23-year-old physiotherapy intern, was brutally gang-raped by six men on a bus.

Since Singh’s story has been told many times through many mediums over the years, I was especially curious to see how her case would translate to a seven-part Netflix season. But despite some seriously impressive acting and cinematography, I just wasn’t able to get into the angle taken by the creator of Delhi Crime, the Indo-Canadian filmmaker, Richie Mehta.

Maybe it’s because of my years spent watching quality cop-and-crime drama (I love Law and Order: Special Victims Unit, which frequently recreates real-life sexual assault cases), or the fact that I frequently write about and have briefly worked inside the criminal justice system. However, I just wasn’t as shocked by some of the things Delhi Crime tries to tell us about what it’s like to be a cop in one of the world’s most populated and unsafe cities. 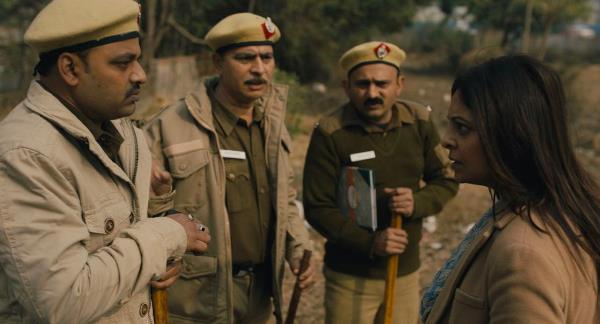 In fact, the primary emotion I felt while watching Delhi Crime was frustration. The way the show lumps everyone in the civil society, except for a handful of the investigating cops, into the ‘absolute villain’ category felt wrong.

Indeed, someone watching the show with no prior knowledge of Singh’s story would easily be inclined to think that in the immediate aftermath of Singh’s rape, everyone was an inconvenience that majorly got in the way of the local police. 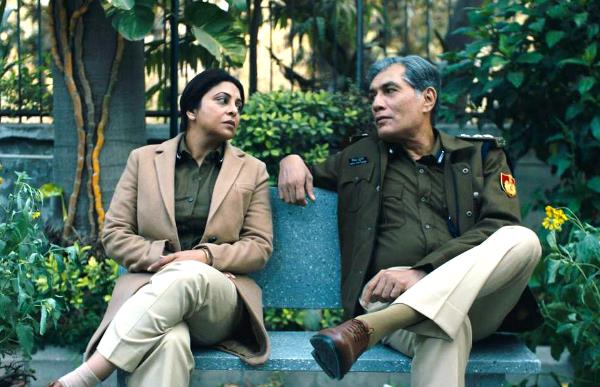 In one scene, a journalist calls the lead inspector and tells her that while she knows the police are doing their best, her editor has instructed her to deliberately destroy the Delhi police’s credibility. In another scene, protestors are shown as unruly citizens getting in the way of things instead of peaceful, law abiding citizens simply exercising their constitutional right to free speech. 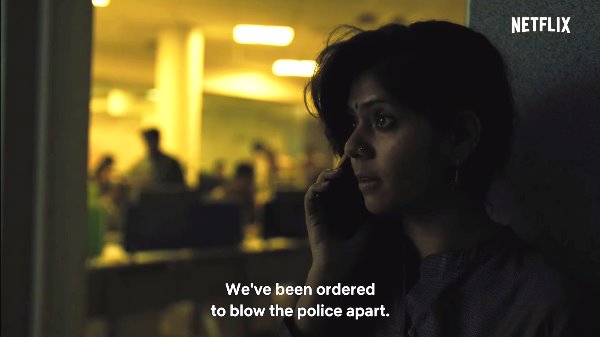 While all of this may very well have been the reality of what the police were dealing with at the time, it does very little justice to the story of Singh or the myriad ways her rape and subsequent death shaped Indian law and order.

So, on the one hand we have seen hours of Delhi Crime telling us how everyone from the hospital staff, media, judiciary, protestors and even the male victim who had been with Singh that night on the bus are flawed, no good, terrible thorns in the side of the Delhi police.

On the other hand is what has unfolded in India since that fateful evening. Indeed, it has been the relentless efforts of so many different people and groups including the police, but the raised voices and perseverance of protestors, journalists, NGOs and women’s rights groups have also collectively led to actual, systematic change in Indian rape laws, the court system and legal aid setup. 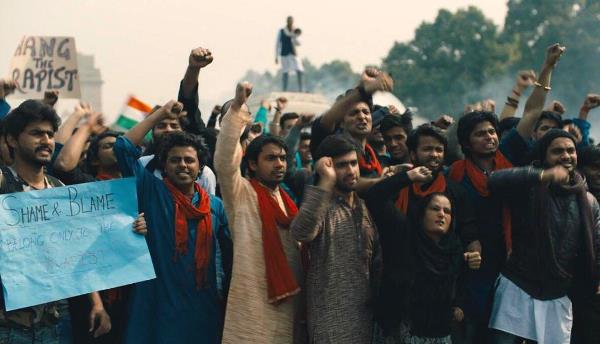 Unfortunately, the show does not portray any of this. Instead, we spend seven long hours shadowing the police on their nationwide six-man manhunt.

Like so many nations, India has a long way to go when it comes to tackling sexual violence against women. But the country still has done more than surrounding nations (looking at you, Pakistan). 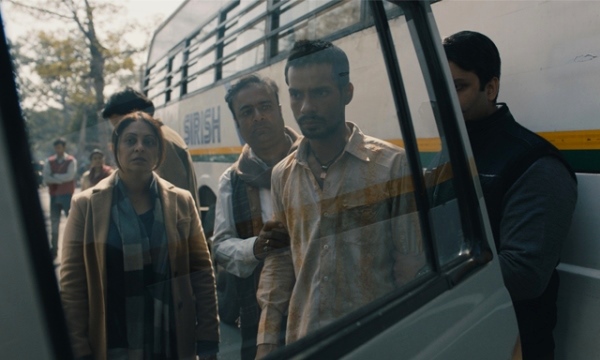 For instance, today’s India has gender classes for men who are employed in public service roles like rickshaw or bus drivers. Singh’s mother continues to fight on behalf of all rape victims through her Nirbhaya Jyoti Trust, which provides free lawyers to female victims of violence. And, because of Singh’s case, there are separate, fast track courts for rape complaints and pretty unique police protocols in place (for instance, when a woman files a rape claim she must be assigned and interviewed by a female officer).

The fact that Delhi Crime does not let its audience in on any of this is not only frustrating, but leaves the show lacking much-needed nuance. 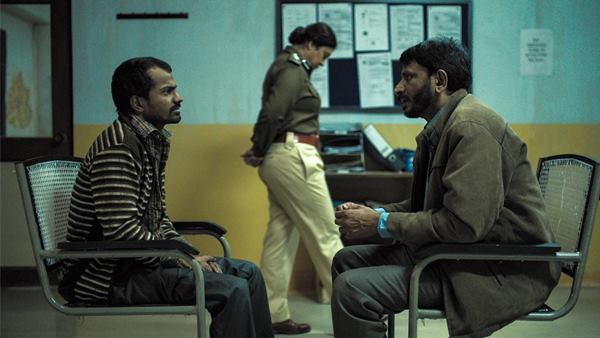 There were some aspects of the show, however, that I enjoyed simply because they took me by surprise.

For instance, before watching Delhi Crime, I had not ever properly appreciated or even considered just how thankless and demanding of a job it is to be a low-ranking police officer in a massive city completely drowning in major and minor crimes. 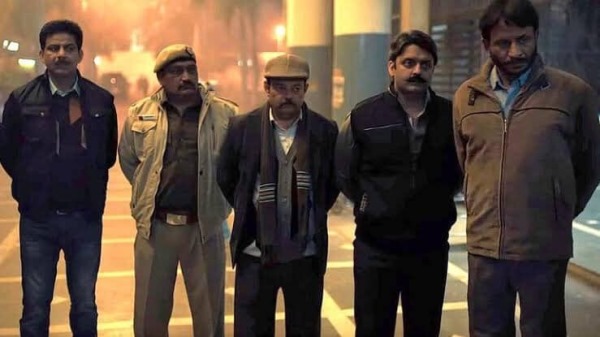 I also never considered that something straightforward like unpaid electricity bills mean local police stations have power outages, and that not every rape case will get a proper forensics team, or that no one in Delhi police has access to handcuffs (in almost every scene where a cop makes an arrest, instead of cuffing the accused, the cop just tightly holds onto the accused’s hands dragging him along).

Ultimately, Delhi Crime sets out to humanise a frequently overlooked group of men and women. 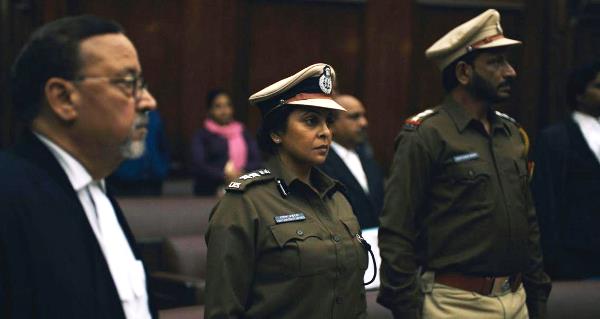 Nowadays, around the world, we’ve come to connect police with unabashed brutality. Hence, I can definitely appreciate a show dedicated to showing the very human, very dedicated side of the hundreds of men and women who work tirelessly, day in and day out, investigating such cases. 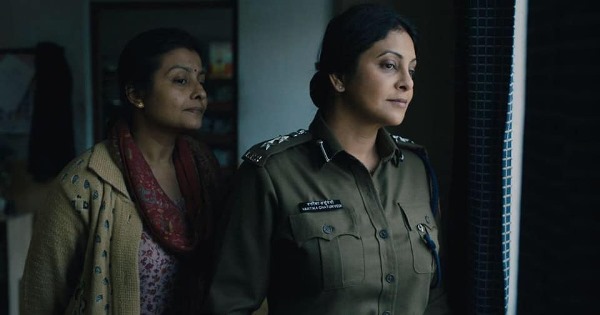 I also have a deep love for the excellent way web series are able to tell stories. A seven-hour season just satisfies so much more than a three-hour long song-and-dance infused Bollywood film. Last year, I loved (and wrote about) Sacred Games. This year, I enjoyed the acting and cinematography in Delhi Crime. And, I hope the trend of storytelling series continues and picks up on our side of the border as well.

But, for now, if I want someone to know more about the important and unforgettable story of the fearless Singh, the BBC documentary India’s Daughter remains my first choice of recommendation. Delhi Crime makes for a semi-decent binge watch but apart from that, doesn’t do much else.