No, Jyoti Singh is not India’s daughter 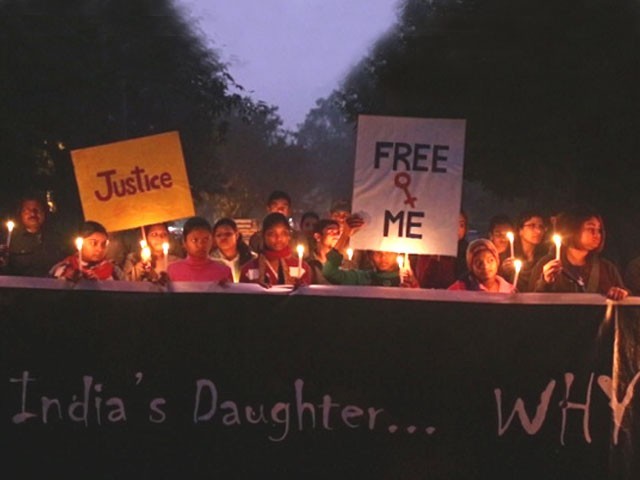 India’s Daughter was broadcast in the UK on Wednesday. PHOTO: BBC/ASSASSIN FILMS

India’s Daughter, Leslee Udwin’s documentary on the brutal gang rape of Jyoti Singh in 2012, was aired last night in the UK on BBC Four.

It’s a hard documentary to watch, because it’s a terrible story to tell: A young woman gets brutally raped and tortured to death by six men. It’s horrifying enough without adding the details and the film has plenty. Her dreams of being a doctor, paid for by her parent’s small savings and by her nights at the call centre. The rapists’ hatred of the fact that she was a woman and she was out, with a male friend; her belief that women could do anything; the description of how one of them pulled her insides out, wrapped them in cloth, and threw them out of a moving bus.

This is, of course, no reason to consider it “an international conspiracy to defame India” as parliamentary affairs minister, M Venkaiah Naidu said, nor to ban its screening. The outrage that government officials have showed towards this documentary will end up helping its success – no one will listen to the critics because everyone will be too busy celebrating it against the myopic stands of the people in power. “There is no rape in India” may well become the new “there is no poverty in India” – remember Slumdog Millionaire? The Indian government has guaranteed the film immediate international success and the heroic status that comes with being banned. It is sad because the documentary could have used some critical scrutiny.

There is much in this film that could be broader, stronger – if you strip the story itself, the brutality of the crime and the excellence of the victim, it fails to truly embody the larger issues of gender violence and the feminist movement in India. At the end, it only hints to what’s beyond this one case and its characters.

The documentary lacks the strength to point to the roots of the problem. Take the title, India’s Daughter. Why? Isn’t that a quintessentially patriarchal label to give Jyoti Singh? She wasn’t India’s daughter. She was India’s promising medicine student. She was Delhi’s fierce citizen, who would stop a policeman from beating up the kid who just stole her purse. She was the fearless woman who stood up against the men who would then kill her – because she would not take being bullied, she would not just do as she were told.

And how can India claim her making, when she was a dreamer, dare we say it, despite India, not because of it? What did India give Jyoti Singh? Not a society that respected her. Not an education for which her family didn’t have to sacrifice every little thing. Not even a safe bus to take home.

The rapists – Mukesh Singh, who recounts his crime and talks to the camera without showing the slightest regret or a full understanding of the inconceivable gravity of his actions, and his criminal companions – aren’t they, perhaps, India’s real sons?

Former chief of Justice Leila Seth, asks in the documentary,

“What kind of human beings are these?”

They are, let’s repeat it, India’s sons; the product of poor education, of centuries of patriarchy, and of violence, poverty and impunity.

It is perhaps easier to explain – which doesn’t in the slightest mean justify – the rapists’ crooked logic, than understand the miracle that someone like Jyoti Singh, who grew up in poverty yet believed and proved that “a girl can do anything”, could exist in India. She is the outlier and so is her family, so are the men and women who took the streets time and again to protest the crimes against women. Her parents were proud and brave in speaking her name when everyone around them had preferred to call her ‘Nirbhaya’ to protect her identity as if she had something to hide.

India is not a country of rapists. But 70% of Indian women are subject of domestic violence, and a crime is committed against women in the country every three minutes. When is India going to face that? Yes, men rape all over the world. But how does that change the situation in India?

India isn’t Jyoti Singh. India is AP Singh, the defence lawyer who still stands by his statement that he would have burnt his own daughter if she were found “disgracing herself”– his way of referring to having contact with men. India is the policeman in charge of the investigation who talks about the great job done in finding the rape’s culprits and guarantees that Delhi is a very safe city “even for women”. India is the government who is more worried about a documentary that might taint the country’s image than about the fact that it depicts a horrific truth. India is ML Sharma, the other defence lawyer interviewed in the documentary. In his words about women, in how he sophisticatedly compares them to flowers and diamonds, transpires an unsettling disgust – perhaps even more troubling than the raw, uneducated violence of the rapists.

His description of India, of all that was said in the film, lingers.

“We have the best culture. In our culture, there is no space for a woman.”

Has this culture changed at all in the past two years? Or did it just have a moment there at the end of 2012? The protests are almost an extra in the documentary. Did we then just go back to asking that the murderers get hung, that the juvenile gets tried, that the rotten apples get thrown away while fresh ones rot away in peace?

The author is the Editor at Global Voices and tweets at. She tweets @missanabeem (twitter.com/missanabeem)