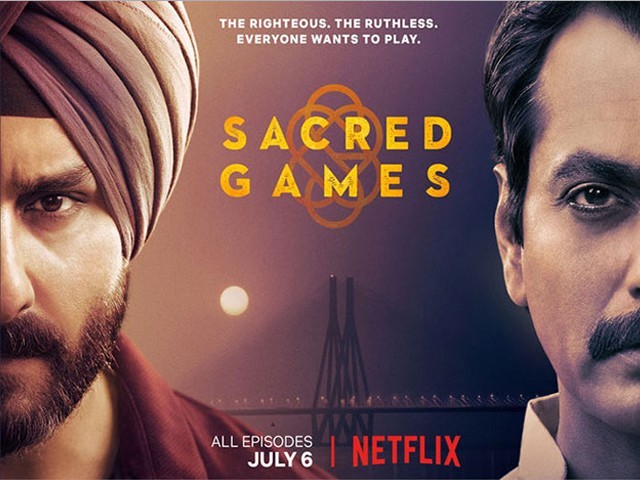 With 190 countries as its playing field and the ability to speak 20 different languages on its side, Netflix seems invested in turning Sacred Games into a sleeper hit. PHOTO: IMDB

“When I was born in Luxor, Egypt and you were born in… Mumbai? It had been written that you and I will meet here.”

When the US streaming service Netflix undertook its maiden production House of Cards, everything had been falling into place so that Sacred Games could become its first Indian original series.

Based on a 2006 book by Vikram Chandra of the same name, the premise of Sacred Games is straightforward: an elusive gangster, Ganesh Gaitonde (Nawazuddin Siddiqui), tips a law-abiding cop, Sartaj Singh (Saif Ali Khan), that Mumbai faces extinction in 25 days. Collaborating with agent Anjali Mathur (Radhika Apte) against his volition, Sartaj races against time to save the city. If you find that exciting you have another thing coming, and then another, and then… 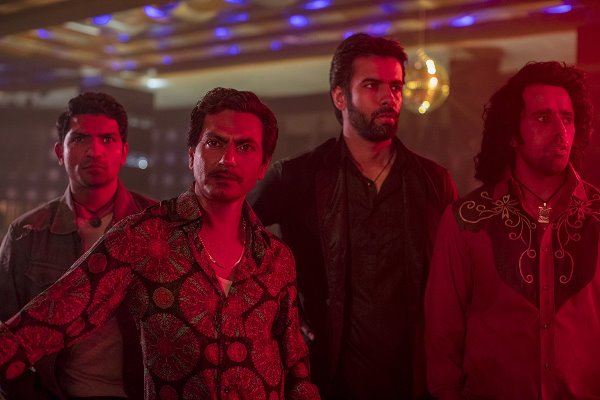 In my opinion, if it walks like 24 (2001) and talks like 24, chances are it is 24… but spanning 25 days. Like Kiefer Sutherland’s Jack Bauer, Sartaj is on a deadline, he has to (or will have to) battle terrorists, bio-terrorism, and government corruption among others, but he will do it in a scaled down poverty stricken side of Mumbai, armed with nothing but wit, grit and some spit.

On a separate note, all these comparisons to Narcos are just unwarranted. You can wish for it all you want, but it’s not going to happen. 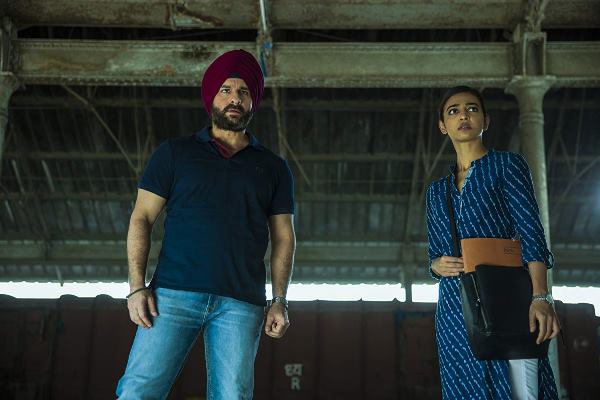 The show begins with one of the most shocking scenes in the history of television and film (I exaggerate, but so do the show runners). It lasts 25 seconds but establishes the tone of the show, where nothing is what it seems. Masterfully alternating between dialogue and voiceover, the pre-title sequence keeps notching up the tension until we’re gasping. Then the sequence cuts to black and with it disappears the promises, the premises and the promises of the premises – but we don’t know that yet! 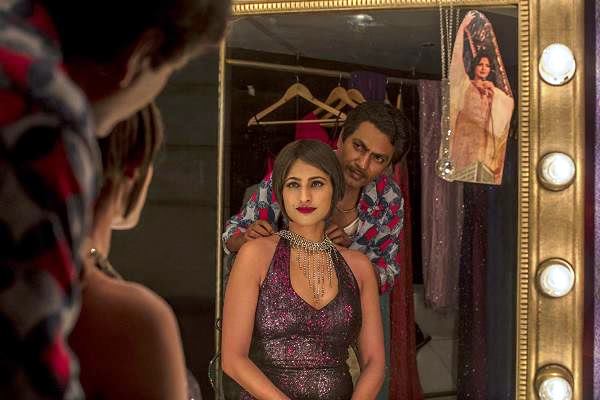 The first episode is a textbook study in storytelling. Each cut, every movement up and down the timeline is carefully planned and deftly executed. Within the first 10 minutes of episode two, however, one starts feeling something is off, that nagging feeling that doesn’t let up as one waltzes from scene to scene, episode to episode, binge-watching, hoping, praying that the magic will return, but it doesn’t reappear until the final episode.

The most exciting scenes belong to Nawazuddin Siddiqui for three reasons: one, he has the meanest dialogues; two, he’s working with a better director (Anurag Kashyap directed Siddiqui’s storyline, while Vikramaditya Motwane directed Khan’s); three, he is the only one narrating the story. Millions of years of evolution has hardwired our brains into responding favourably to narrations as that’s the caveman origin of storytelling; do it smartly and you’ll have audiences lapping up whatever you dish out. By smartly I mean smart writing, and Sacred Games offers it in abundance, mixing in history for context where needed.

You also realise how the pace of Sacred Games slows down after episode two. The events keep occurring, as it is needed by the show, but the drama and the tension builds up at an excruciatingly slow pace. Cola Next’s advertisement appears more nerve-racking in comparison. The countdown to the D-Day feels as pointless as the act of voting in elections. Throughout the remaining seven episodes, I was constantly reminded of Dante’s Peak (1997), where the danger is coming to town s-l-o-w-l-y, like one inch per year. Maybe they should rechristen Sacred Games to ’25: Rain Man’ because Dustin Hoffman’s Raymond Babbitt in Rain Man was a savant.

Sartaj is the hero of the story and the story will end the moment he dies. We know it, the makers know it, but the characters in the world of Sacred Games don’t know it. Hence, it appears confusing, contrived and convoluted when two villains of the show don’t kill Sartaj, although they have the motive, the means and the opportunity. Especially when all the other characters around him are dying like flies. 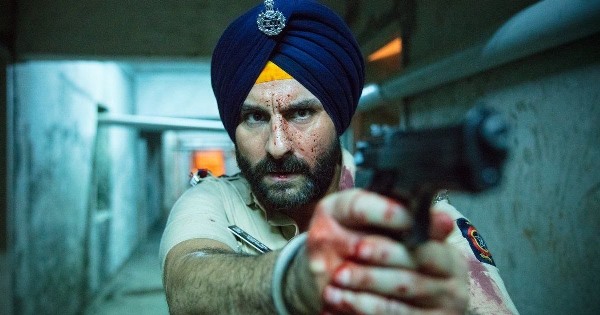 Then there is the gratuitous use of nudity, foul language and violence that reminds one of Rome (2005), Orange is the New Black (2013) and Hannibal (2013) respectively, a strategy clearly designed to seduce the Indian audience.

When David Fincher was undertaking House of Cards, he said,

“Working in film does not allow for complex characterisations the way that television allows.”

I wonder how he would view Sacred Games, where the characters aren’t fully fleshed out, lack compelling moral conflicts and are two-dimensional at most. Siddiqui’s character is the only redeeming feature that has a precise past, present and a future.

Saif Ali Khan delivers a restrained performance probably because he’s testing the trappings of the small screen, while Radhika Apte, poor man’s Deepika Padukone, doesn’t get enough support from the script to fully display her acting chops. The show belongs to Siddiqui who shines in the role he has been given. 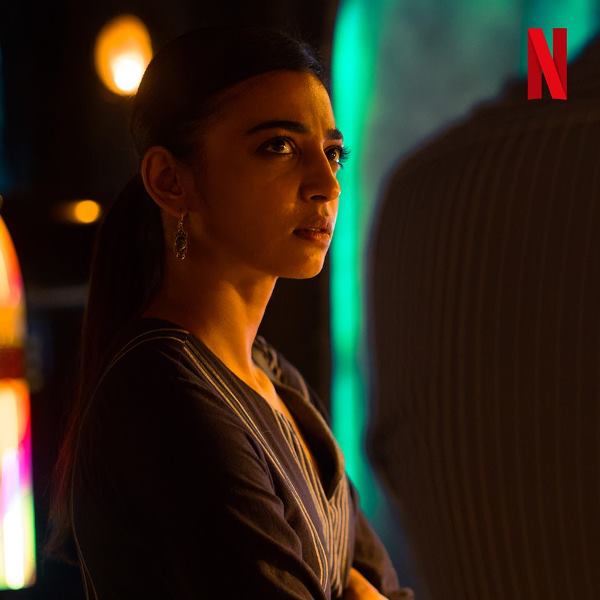 Kashyap is at the top of his game; whatever he has learned from doing films like Dev D (2009), Gangs of Wasseypur (2012) and Raman Raghav 2.0 (2016), whatever he couldn’t achieve in them, he has done them here and done them in style. He frames his objects – the actors – in such an ingenious way that the colourless walls, the scornful settings, the heaps of trash become part of the background. The audience focuses on the actors, the subconscious registers the backdrops, while Siddiqui’s scenes remain engraved on one’s psyche long after the show has ended. 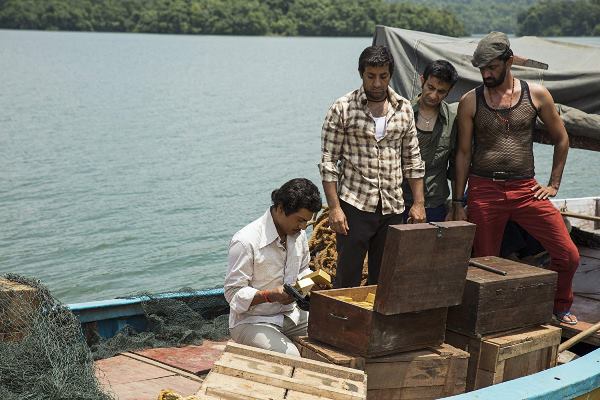 Netflix is battling Hotstar, Voot, YouTube, and Amazon Prime Video for eyeballs in India. Amazon has launched Inside Edge this year, first of 18 Indian original series the company has planned.

With 190 countries as its playing field and the ability to speak 20 different languages on its side, Netflix seems invested in turning Sacred Games into a sleeper hit.

Before green-lighting House of Cards, Netflix analysed data of its users’ streaming habits and discovered they were partial to Fincher and Kevin Spacey, but in the case of Sacred Games, Netflix wanted to adapt the novel while the producers, the directors and the actors followed later. Which of these two approaches works best, only time will tell. 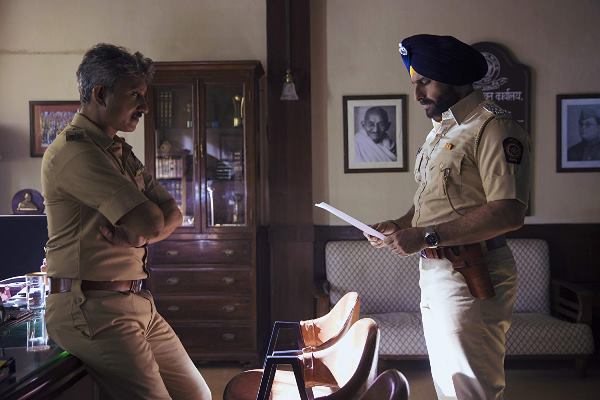 Sacred Games is a piece of art and like all art it will find its devout defenders and deep-dyed detractors. I’m neither as it doesn’t interest me to persuade you or dissuade you from watching it. What rather interests me is this: were you predestined to watch it?