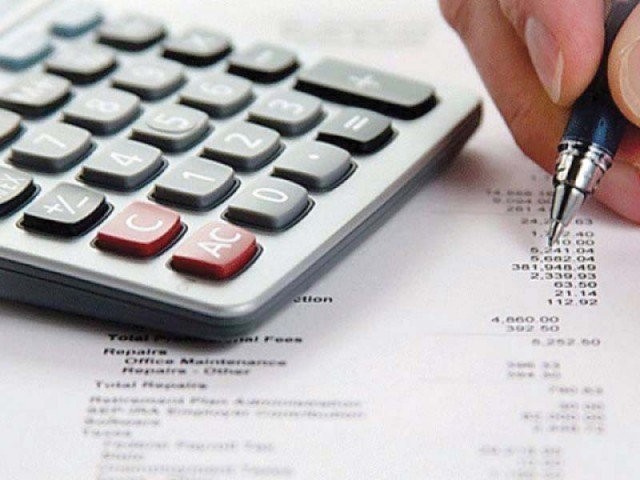 If the government really wishes to increase tax revenue, all it has to do is give a deadline to these businesses. PHOTO: FILE

I suppose we should have expected it, given the number of U-turns the government has already taken. Finance Minister Asad Umar reversed a good tax-collecting measure introduced by the previous government, a measure that would have brought many tax criminals into the net. Instead, bowing to the pressure from the powerful auto industry, he has allowed non-filers to buy vehicles of all sizes.

Non-filers, it should be noted, do not pay income tax nor do they file tax returns. By law, they should be punished. Instead, they are allowed to pay just 0.6% tax on the amount they spend to buy property or vehicles, or when they withdraw more than Rs50,000 from banks. The good minister should have increased the tax to at least 1% to be levied on all transactions, as well as reducing the allowable limit of withdrawing money to Rs10,000. But it seems that tax evaders can get away with anything and everything in this Islamic Republic.

According to another report, the Pakistan Tehreek-e-Insaf (PTI) government is thinking of an amnesty scheme to let tax thieves enjoy the fruits of their illegal activities. Another amnesty scheme? Has Imran Khan already forgotten what he said about amnesty schemes less than a year ago? Will this be the mother of all U-turns? Amnesty schemes allow money launderers to whiten their ill-gotten wealth, at the same time making honest taxpayers wonder why they should pay up to 30% tax on their incomes, when looters take advantage of amnesties and pay only 2%.

A day after Umar presented the recent mini-budget, a national newspaper carried this poignant news item titled As revenue shortfalls bite, PM beseeches business leaders to pay taxes. “Beseech” meaning “beg”? Why does Imran have to beg businessmen to pay what they have to pay, as per the laws of the country?

In any event, businessmen alone cannot be blamed for the revenue shortfall faced by the nation. All governments (including the present one) are responsible for our predicament. There are many reasons for why we are a poor country, the first and foremost being the blanket financial immunity given to smugglers, agriculturists, unscrupulous importers, traders and others to loot the country.

Smuggling has flourished ever since the 60s, when ‘bara’ markets in Landi Kotal and other towns were allowed to sell smuggled goods like cloth and electronic items on which no duty or taxes had been paid. In Karkhano Bazaar of Peshawar, smuggled goods are still flagrantly displayed in thousands of shops. I once asked a shop owner there if he’d ever paid income tax or sales tax. I’ll never forget how he laughed when he said,

“No tax collector dares come here; he knows he won’t go back alive.”

All Imran has to do is order a crackdown on this and the ‘bara’ markets in all cities, and collect billions in sales and income tax every year. But I doubt he has the wisdom to do so, considering that many of the smugglers belong to the province which his party has been governing for the past six years.

The same goes for our feudal lords (the agriculturists), who are exempted from paying income tax at all, despite having access to virtually free water and having huge loans written off every few years.

The biggest crooks amongst them are the sugar barons who are easily able to get elected to our assemblies and use their power to continue looting the nation. A tax of Rs20 per kilo of sugar can yield more than Rs100 billion every year, as sugar production in the country varies between five million to seven million tons.

Unscrupulous importers (in connivance with customs officials) deprive the government of billions every year. In a recent case, a container bearing goods described as ‘old and used auto parts’ was examined and found to contain cellphones, tablets, satellite and dish receivers, CCTV cameras, copper refrigerator tubes, ball bearings, circuit breakers, finger print scanners and dialysis machines. If the container had not been examined, the importer would have gotten away with Rs60 million. There are many such cases every year, which either go undetected or are deliberately allowed to be cleared by corrupt customs officials.

Even when someone is caught, they are only made to pay the duty and a token fine. In such cases, the Federal Investigation Agency (FIA) should investigate all previous imports by the offender and make them pay duties and heavy penalties on those consignments as well.

Imran says he may create a new tax collecting authority in place of the Federal Board of Revenue (FBR), but has he ever thought of investigating why the FBR is unable to deliver? Two cases come to mind.

Many years ago, the chairman FBR set up a team to monitor the sales of a famous market in Lahore. The shopkeepers became suspicious when they saw members of the team taking notes on the sales being made and estimating the stock of goods in the shops. Within just a few minutes, the team was withdrawn, after the chairman received calls from the ruling party MNAs.

Another case is that of a restaurant in Karachi, whose owner contacted powerful people when the shop’s records were seized. Within a few hours, the tax authorities returned the computers and files.

How can you expect the FBR to function under such circumstances?

By all means, go ahead and create a new tax agency, but don’t expect it to succeed, unless it is led by foreign specialists and managers. Why can’t we have this? We do have foreign coaches for our cricket teams, don’t we? Why then can we not hire foreign managers for our new tax agency?

And what can the FBR do when the government itself does nothing to punish land-grabbers and the mafia of builders?

It’s the same old story. Those who are rich and powerful remain free, while the houses of the poor are demolished without even adequate notice. As for corruption, this government appears to be like a fish out of water. It is estimated that corruption in the country amounts to Rs12 billion per day. It’s been almost seven months now since PTI came to power, yet they’ve done nothing to stop this corruption. If they had, there wouldn’t have been a revenue shortfall in the first place.

They can take the first step in curbing this menace by demonetising Rs5,000 notes and all the prize bonds (ranging from Rs1,000 to Rs40,000). This will make it very difficult for the corrupt to take bribes. Only those who have declared cash and prize bonds in their tax returns should be allowed to surrender the notes and bonds, and those who haven’t done so should be asked to explain how they earned that amount.

Today, there are estimated to be five to six million businesses in the country but only around 100,000 (or just 2%) are registered with the sales tax department. If the government really wishes to increase tax revenue, all it has to do is to give a deadline to all these businesses (operating in offices and shops) to get registered with sales tax departments and pay taxes. Again, this will require vision and determination, which unfortunately the finance minister does not appear to have.

It really isn’t difficult for the government to bridge the current deficit. Imran should immediately go after and punish those who are evading taxes, even if means punishing those who support his party.

The choice is yours, PM Imran: take tough decisions, don’t surrender to the tax thieves and don’t give them amnesty; in fact punish them for their crimes and see how the revenue shoots up. Otherwise, you too will be remembered as just another mediocre leader who had the chance to change the face of the country but failed to do so.