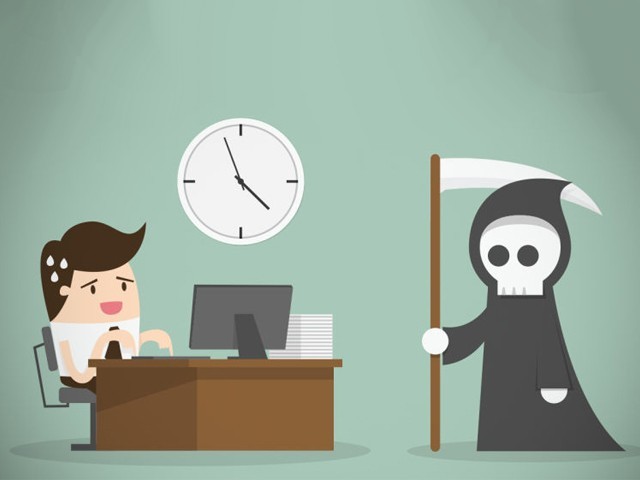 Instead of rolling back disincentives to the non-filers, the government should keep the curbs on non-filers to buy vehicles and property. PHOTO: SHUTTERSTOCK

As the government is mulling over sustaining the curbs on non-filers to buy automobiles and property that costs over Rs500,000, the time is ripe to make a case against the non-filer category. Any scheme that is directed towards eliminating this category will undoubtedly face a strong backlash from the non-filers.

They would probably argue that making everyone a filer is unnecessary in a country where 24.3% of the population is living below the poverty line; it would introduce unwanted hassle of documentation for businesses and it would waste their man-hours doing tax calculations. Moreover, it would incur costs of hiring a tax consultant. More regulation means more government interference and hence, it would be bad for businesses.

Yes, it would be bad, but only for the black economy. If you do nothing wrong, you should have nothing to hide. They will question the capacity issues of the Federal Board of Revenue (FBR). Their website usually crashes when the deadline for return submission approaches; and that happens when we have only 1.238 million filers out of a population of roughly 220 million people. Imagine 80 million people filing returns. FBR servers will breathe their last under such circumstances.

I will not deny that these are valid concerns and I don’t suggest that the non-filer category be immediately abandoned. However, there should be a policy in place to help its gradual phasing out. But the question is, why go through all this trouble in the first place?

When designing any tax system, the government should consider making it not only efficient but also equitable. An equitable tax system requires it to be progressive. In simple terms, the more affluent you are, the higher percentage of tax you pay from your income. As opposed to that principle, the burden of tax falls heavily on the lower or middle class in the case of indirect taxation. If we look at the fiscal targets of the budget presented in April, we can see that direct taxes amount to Rs1.7 trillion while indirect taxes are at Rs2.7 trillion. We tend to tilt heavily towards indirect taxation due to a lack of documentation, leading to direct tax evasion.

Hence, instead of rolling back disincentives to the non-filers, the government should keep the curbs on non-filers to buy vehicles and property. In the next fiscal year, the government could add a mechanism through which every person who opens up a bank account would have to be a filer. Those who already have bank accounts must file their returns, otherwise their bank accounts will be frozen.

The government should implement a system that would resolve three issues at once: cost of tax accountants, low number of tax returns, and corruption. The key is to make FBR replicate the model of the National Database and Registration Authority (NADRA). The identity card issuing authority introduced a fast-track system by which one could pay a bigger amount to expedite the card issuing process. The payments were linked to bonuses of the employees. More transactions meant more salary. As a consequence of this system, average salary at NADRA increased by 131% during a period of 2008 through 2013.

Similarly, filing of returns is a cumbersome process and it can be accelerated by giving FBR employees incentives; they can get bonuses by filing returns. Although there are similarities, there is one difference: national identity cards are absolutely necessary for day-to-day functioning of individuals in our country but one can easily get away without filing a return. But if we introduce curbs that make it necessary to file a return, many will make their way to return filing cells. The staff may charge a minimum fee, such as Rs200 to file a simple return. There could be fee exemptions for senior citizens and disabled people. This way the government will incentivise the workforce to avoid corrupt practices and earn bonuses. It will also mean more documentation, and will save the general populace from costs of hiring tax accountants.

The minister of state for revenue, Hammad Azhar, said the government agrees with the previous government’s policy of banning purchase of vehicle and property by non-filers and they want to further refine the system. In the same vein, Information Minister Fawad Chaudhry announced that the government is going after top 100 tax defaulters. He also said that the government would not be blackmailed at the hands of mafias.

However, we still have a long way to go in order to completely stifle rent-seeking mafias. The first step against them would be to retain these curbs and gradually tighten the noose around them. At this point, appeasing the non-filers by giving them a free hand to purchase assets without filing tax returns will not benefit the government in the long-run. I hope better sense prevails and those restrictions are retained.