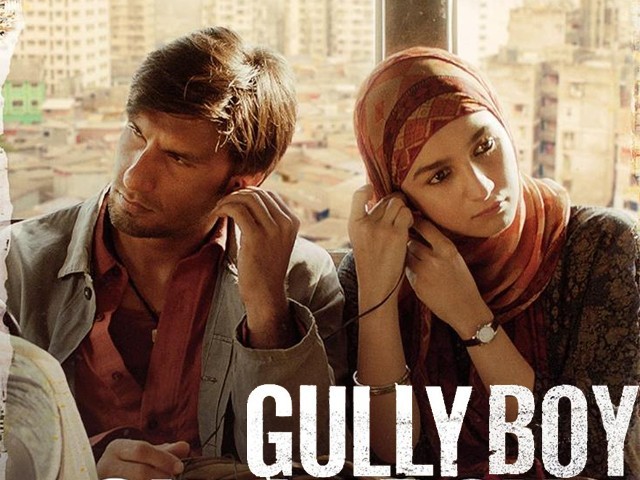 Music in this film is nothing short of soul-stirring, and the sound-mixing is nearly impeccable. PHOTO: IMDB

It’s easy to forget that beneath the cultural sludge of mainstream hip hop marked by vanity and misogyny, there is a thoughtful undercurrent that gives meaning to the genre. Gully Boy is the cinematic acknowledgement of this important undercurrent.

Gully Boy is a film best enjoyed without prior knowledge of its synopsis. Although generally considered a film about hip hop and rap battles, Gully Boy is a gritty commentary on class warfare. The gauntlet is thrown in its very first scene in which our protagonist – Murad, played by Ranveer Singh – lambasts mainstream rapping artists, who only appear interested in bragging about money, cars, and ‘chicks’.

This is a story about a Mumbai slum-dwellers’ love affair with hip hop, his chosen medium of expression for his angst surrounding his socioeconomic circumstances. It also casts Alia Bhatt as an ambitious medical student and the lead’s love interest.

A movie of this sort is highly susceptible to a multitude of clichés of the rags-to-riches variety. There are moments when the storyline appears to be headed straight for those potholes, most of which are avoided with grace. A lesser ‘inspirational’ film would have portrayed the protagonist as a down-on-luck aspiring rapper.

Murad, however, appears to have little interest in becoming a famous rapper. His fascination with this art form is apparent, but at his very first close encounter with the world of underground hip hop, he tries to hand over his poetry to an established artist. This is where the film transcends ‘inspirational’ melodrama, and roars out a political point: the theme isn’t the pursuit of fame, wealth or love, but a burning need to tell one’s story of class struggle.

This need is stressed throughout the film. As Murad’s impoverished family understandably censures him for not focusing enough on his job and education, he defends himself by pointing out the views on his YouTube videos with nary a rupee in his pocket. For those who find this point too subtle, a line in one of its best rap songs goes, “nahin banna mujhe slumdog millionaire” (I don’t want to be a slumdog millionaire) in a direct rebuke to the borderline-racist American film of the same name. This might be a good place to mention that Gully Boy sounds as good as it looks. Music in this film is nothing short of soul-stirring, and the sound-mixing is nearly impeccable.

The film’s greatest strength lies in its compassionate portrayal of the Mumbai underclass, comprising mostly of Muslims in the film. Films of this nature tend to transform into social sermons by the middle third of the film, pointed squarely at the backwardness of the ‘lower classes’. However, anytime the film comes close to ‘villainising’ Murad’s ruthless father or his drug-dealing friend, blame is quickly diverted towards circumstance. Any progressive political point made in the film, is done through a series of shots fired straight at the elite or the upper middle-class.

The writing skills on display in this film are phenomenal. The story is built around a rock-solid structure, which makes it surprisingly easy to follow; given especially that it’s a three-hour film with numerous sub-plots which, in the hands of a less competent writing team, would have been enormously easy to lose track of. All characters are lovingly written with deeply engrossing arcs.

The only real flaw in the film perhaps, is the character played by Bhatt. This is generally hard to notice due to Bhatt’s powerful and thoroughly entertaining screen presence. Safeena as a film character, however, is poorly congruent with the film’s primary theme built around hip hop and class struggle. Safeena appears almost strictly as Murad’s love interest, making no more than a single pointy feminist remark throughout the story. Her fieriness allows Bhatt to showcase her tremendous skills as a physical actor in a gritty fight scene or two, but rarely is this ferociousness utilised for any progressive cause in line with the rest of the film.

No, this is not your average rags-to-riches tale. This is not a story of Gully Boy’s skyward ascent powered by sheer determination, upon escaping the horrid slum that birthed and bound him. Wherever Gully Boy escapes in the end, his slum escapes with him: to a place where people can hope to be heard.