#TherapistDiaries: Do you think you’re in an abusive marriage? 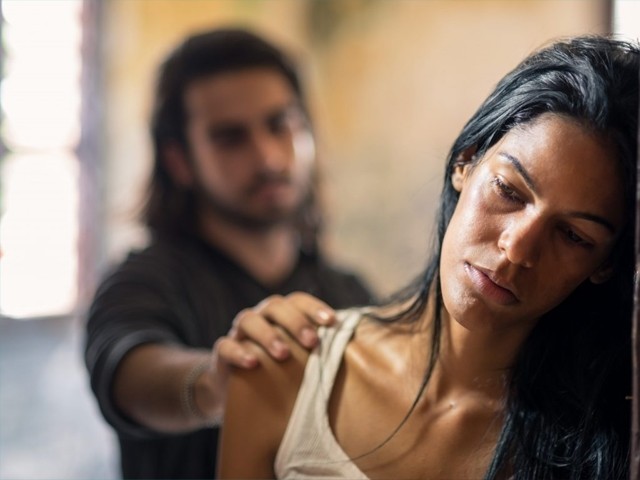 The most common and known forms of marital abuse are physical, verbal and sexual. PHOTO: GETTY

Her family thought that “she liked being abused by her spouse”. In fact, those were the actual words of her own mother.

Eventually, he made her leave her job too and the abuse stopped for a while, only to trigger the worst physical and sexual abuse phase at the hands of her husband.

“Each time after raping me, he used to say that this was the punishment that I deserved.”

Her family was aware of this and in fact the in-laws were supportive too. Everyone around her encouraged her to divorce or leave her husband. But somehow she always considered his promises and pledges of such abuse never happening again. Her friends blamed her for being masochistic. Her parents were annoyed that she would not leave her spouse. Her in-laws grew detached and blamed her for staying.

It took her a while and a lot of therapy to understand the nature of abuse.

The thing about abuse is that nobody is intelligent or mindful enough to understand it the moment it happens. Particularly abuse in intimate relationships, at it is a breach of trust that one thinks the partner will never commit.

I have met countless men and women excelling at their work, at the top of their game, full of wisdom, and yet were unable to recognise the intimate partner violence in their relationship until it was too late.

It takes a lot of time for people to recognise the signs of an abusive relationship or marriage and it takes more to find a way out. The societal pressures and utmost value placed on marriage in our culture is also not conducive to leaving abusive marriages. Many people do not recognise the abuse in marriage until children are born and they too get engulfed in the cycle of abuse by the perpetrator.

The most common and known forms of marital abuse are physical, verbal and sexual. It is difficult to accept and recognise these let alone understand the more subtle side of emotional and psychological abuse; gaslighting, stonewalling, cheating and so on.

Naufil* was 32 when he started therapy with me a good four years ago. His spouse of few years was controlling since the dating period but it got out of hand when they got married and she assumed control in each and every aspect of his life. His consent was never considered, and gaslighting or emotional blackmailing were the primarily tactics were used to control him. He had to move to another country with her because she couldn’t stop demanding it. Within a couple of months of moving, she demanded to move back. Upon moving back, she demanded he get a vasectomy. When he refused, she tried to choke him in his sleep and then faked a suicide attempt.

Sasha*, 26, had a strong marriage until her partner started to engage her into pornographic material without her consent. It was not about the partner wanting to improve the sexual aspect of their relationship with exposure to pornography. He wasn’t interested in improving physical intimacy. It used to happen every other night and she was forced to dedicate more than a couple of hours to watch it. The fact that she lost so much sleep because she had to be up early for work or the fact that she started getting panic attacks, did not stop him. Her consent was never considered.

Another common sign of abuse is isolating the partner from other people – friends, family, co-workers and even social media presence. This is usually accompanied by fits of jealous rage and mistrust for the partner.

Punitive behaviour is a form of violence involving punishment tactics to alter spouse’s behaviour. Purposefully delaying the legal matters for the spouse or creating complications for the spouse abroad as a form of punishment are fairly common. Other forms include withholding intimacy or information, violating rights of one’s kids and so on.

In our culture though, it’s not just the spouse perpetrating violence; in-laws contribute equally or more so in a lot of cases. Gaslighting is the most common form that exists on part of in-laws. I see a lot of women in therapy who have been convinced by their in-laws that they are the crazy ones and the abusive spouse is perfectly justified in all his ways.

Excuses for inflicting abuse is also a sign that the spouse lacks insight into their abusive behaviour and would likely continue it. No amount of excuses can justify abuse. No amount of incentives or consolation can reverse the abuse, unless both partners come into therapy and the abusive spouse attempts to understand and recognise their patterns. In therapy, I have seen couples moving towards healthy marriages but the task is not easy.