It is not okay to compromise on abuse, even if you’re married! 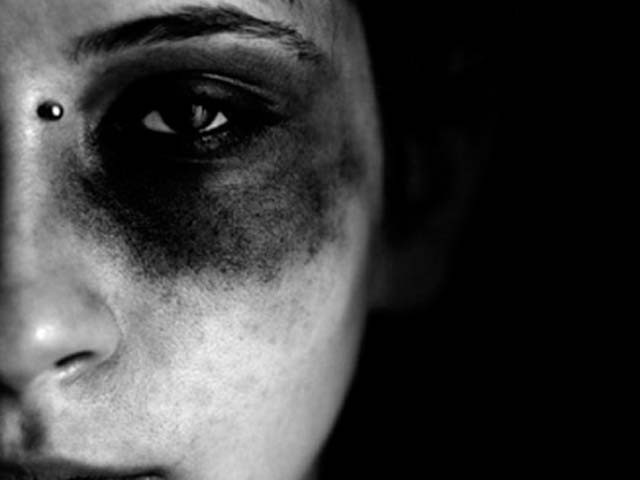 53 per cent of teenage girls in Pakistan believe that their partner hitting them is justified and girls aged 15-19 believed refusing sex was an acceptable reason for wives to be beaten by their husbands. PHOTO: WHO

I must have been five when I overheard my mother say this to a female relative. I had probably heard it before but was too young to remember. Last week, a shocking report by the United Nations Fund for Population Activities (UNFPA) revealed that 53 per cent of teenage girls in Pakistan believe that their partner hitting them is justified and  girls aged 15-19 believed refusing sex was an acceptable reason for wives to be beaten by their husbands.

This is not surprising but it is painfully tragic.

In our country we refer to a woman with reference to the men in her life ‘falan ki beti, behn, ma, biwi’, (That is his daughter/sister/mother/wife) to protect her from any independent decision-making in the name of honour and restrict her ability to be a productive citizen by controlling whether she studies, has a job or has a bank account. Our societal structure is rigged in favour of men.

Over the last three years, I’ve worked with a passionate group of volunteers on Chayn Pakistan – an information portal for women experiencing abuse. Pakistan has one of the highest domestic violence or cruelty rates in the world – 90 per cent. The questions asked by women and the content most visited by women (often young girls) are telling.

Below are examples of some of the things I’ve heard:

“I am tired of living”

“He will tell my parents. They will kill me. What should I do?”

“How can I get divorced?”

“What is domestic abuse?”

“At what point does his anger become abusive?”

“My family won’t support me. I should just give up. Will things change?”

Often when I mention the statistic of 90 per cent women experience abuse conversationally, women and especially men, turn around and tell me that it’s not true and research done by professionals is wrong because they know for a fact women in their family don’t experience it.

Ironically, several times when I have received this response, I was aware members of their own family had experienced abuse but they just didn’t see it like that. Abuse goes beyond choking, beating and burning. Abuse cuts to the core. From emotional abuse to manipulation, from dictating who a girl calls a friend, where she goes, what she wears, to how she talks and what decision she makes for herself – these are all instances of cruelty, all the more traumatic from the people who are supposed to love you.

Young relationships are complex as it is because of peer pressure. The many relationships around me in school were often abusive, but I didn’t always see it that way. Things that are clearly signs of abuse in my eyes now were once seen by me as a ‘rough patch’.

I remember a friend of mine confiding in me that her boyfriend never struck her but every time they got into an argument, even over little things such as where to go for dinner, he would verbally abuse her and her family. Another said her boyfriend forced her to miss school so ‘guys can’t look at you’ and constantly downplayed her intelligence in front of friends, so much so that she began to believe she wasn’t smart. Another said her husband (she was 16) hit her when she refused sex and when she mentioned it to her mother, she said that was expected as that was her duty.

Abuse in teenage relationships continues to be an issue around the world and Pakistan is no exception. This issue is exacerbated in Pakistan due to the lack of support structures within families and by the state. And since relationships out of marriage are taboo in our culture, young girls will often not tell their parents about being in a relationship which puts them in a vulnerable place.

Nearly half of Pakistani women are married before they are 18-years-of-age and 9 per cent begin childbearing between 15-19 years. This is in a country where 64.6% of women are illiterate and 74 per cent are not part of the formal economy. Let that sink in for a minute.

There are many reasons why someone who is facing abuse chooses to stay silent or internalise it.

For one, women in our culture are brought up to ‘compromise’. As soon as a girl turns nine, we keep her restricted within the house, always chaperoned, guarded and unable to play with her brother and their friends. Suddenly she is different to her brother – more ‘valuable’ like a fragile glass vase, less free. We teach young girls they are less important and the only ambitions they can have must conform to the best version of themselves, in accordance with the society. In other words, she has to be a dutiful wife, stay at home mother, pious and devoted daughter. There is no room for self-definition.

Secondly, the view of marriage in Pakistan is clear and ingrained in all of our conversations around it. It’s a compromise. It’s up to the woman to make the marriage work. She must raise the children, look after in-laws, be a good daughter and be ready to take the brunt of her husband’s anger and frustration, like a punching bag – in the bed or in public. Despite a rich heritage of romantic literature, it’s perplexing how the view of marriage has gone from companionship to necessity. Ishq (love) has become compliance.

Thirdly, high levels of prevalence of abuse means generations of young children are growing up in abusive homes. Witnessing abuse as a child is highly traumatic. Children’s instinct is to protect their parent, but when one turns on the other and especially if the victim is the mother, someone who typically spends the most time with the child, the effect of this is harrowing.

You love your dad, but dad is also cruel to mother? Who does the child side with?

A life time of hearing, “it’s okay – your father loves us. He is just angry. Men are like that. Must have been my fault” from your mother is going to inculcate a sense of normality to abuse. Marriage should be a contract of love and partnership, not hurt and abuse. Wives must be more than nurses for your old parents, nannies for your children and cooks for the household. Similarly, if your sister has been facing abuse and your parents have done nothing about it, why would you expect it to be any different for yourself?

We need a revolution in our homes, schools, workplaces and masjids – a revolution of consent and dignity. Children are taught how to behave with their parents in school, to respect them and listen to them. The same education should be applied for relationships. Boys must be taught how to respect the independence of women and not derive honour from what the women in their family, say, wear and do. Girls should know that they deserve a life of happiness – not of abuse. Their husband is not their parent or guardian – and any attempt to ‘discipline’ is a violation of their dignity and free will.

They might choose to have a full family life and meet traditional expectations, but she must also be ready for when that doesn’t happen, and when she doesn’t want it to happen. With renewed political will to tackle child abuse and honour crime, as citizens, we must pressurise our government to introduce consent training for young boys and girls to tackle child and domestic abuse, and also provide financial and housing support for victims of abuse.

Every month I hear from young girls who have been forced into an abusive marriage and cannot leave because they have no money and nowhere to go. They are willing to work and live on their own terms, but are afraid of being exploited. Hence with the lack of comfortable shelters, police protection and no access to finance, they choose to remain in an abusive marriage.

How sad is it that we raise girls to believe that the happiest they can get is to not be killed, have children and a husband that provides?

Educating women shouldn’t start and end with academics – the life skills we impart must go beyond knowing how to cook and entertain guests. Marriage must be about companionship – not abuse.

The author is the Founder of Chayn (chayn,co), a global tech project to empower women against violence. Chayn's first project was addressing domestic violence in Pakistan: chaynpakistan.org. She tweets as @herahussain (twitter.com/herahussain)