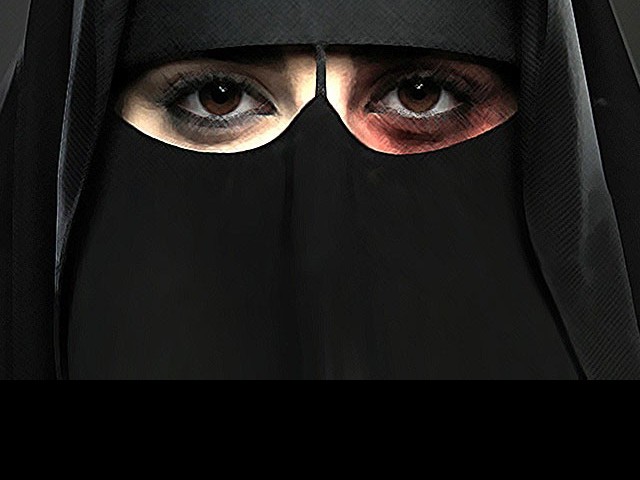 Four in every five Pakistani women have experienced domestic violence, as opposed to 30% of women across the world. PHOTO: King Khalid Foundation

As a Pakistani woman, I grew up understanding that the best guarantee of my life-long security is the promise of a man’s companionship. A man will back me financially, ward off awkward questions that will arise if I remain single too long and give me a ‘home’ to care for. A man will chaperone me to family gatherings, tell me how best to behave and transform me into ‘a complete woman’.

While this formula for security infuriated me on several levels, it is the things it left unsaid that horrified me the most.

No one told me just how badly a man can hurt me.

No one explained how helpless and alone a woman in my society can be.

According to the last set of statistics I came across, four in every five Pakistani women have experienced domestic violence, as opposed to 30% of women across the world. One in three has undergone rape, honour killing, acid attack, immolation, verbal or psychological abuse, with an overwhelming majority of this violence inflicted by marital partners.

Like most other women around me, I knew these things without having to pick up a newspaper.

I guessed that for the 5,000 women who lose their lives to domestic violence every year, there were thousands more whose injuries went unreported. These women died daily, bit-by-bit, bruise-by-bruise because they didn’t know another way of life.

As a writer’s child, I heard producers claim that TV serials sell more if you show women being beaten up in them- that way ‘the audience can relate to the plot’.

The housemaid who worked for my parents was scared senseless of running late on her way back- her partner thrashed her for every minute she delayed her return.

A loved one was routinely mistreated by her educated, cultured, socially revered husband, but no one around her could come up with a solution.

Last summer, I helped a young friend pick the right shade of concealer for her skin because she needed better cover for every time her husband would forget to stay off her face when venting his ‘frustration’.

How ironic that the very protectors we were told to worship turned around and stabbed us.

Yet, no institution of law, no social code of conduct, no familial shield can provide a way out for several of these women.

The women I saw abused, shied away from letting anyone but the closest of friends know what they endured. Domestic violence is a useful tool for men, a shameful secret for women.

We have been brought up to believe that one can’t just leave their husband because he hurts them once in a while. You’re supposed to stick with your chosen husband and in-laws. If they decide to pound you to unconsciousness, that’s just your problem.

Even when help is possible, it is somehow more outrageous, more dreadful to submit your sorry secret for public scrutiny, to pack your bags up and leave your abusive home. ‘Honourable’ women must stick to their destinies. They must rear children, roll chapatis, hold annual dawats, and dust and sweep the same rooms where they get slapped and stomped every now and then.

As an educated, privileged woman studying at a renowned women’s university, I still have to remind myself on a daily basis why I have chosen to distance myself from these ideals that suppress me, from conventions that tell me that my body, my pain may not be worth as much as the frustrations of my future partner, or the respect of my household.

I have to tell myself that I will never, ever settle for a man who as much as raises his voice before me. I have to reiterate this, loud and clear, so that I can throw out the tolerance, the patience that has been ingrained in me since childhood. I don’t want the ability to endure violence my supposed ‘protector’ inflicts on me. I don’t want to be able to tolerate such a destiny. I’d rather shrug it off, no matter what the cost might be.

Censors for domestic violence in Pakistan say that the trend has continued to rise over the past few years. And it will persist – unless women around us decide they’re going to change it. The only way out is for us to take our financial stability, our self-fulfilment, and our well-being into our own hands in spite of nonsensical social standards. It’s time we tell our daughters to be their own protectors.

Given the circumstances we live in, it is a daunting task to stand up for ourselves. But surely, it should not frighten us more than the prospect of living in abuse for the rest of our lives.