Why India does not want any US-Afghanistan peace talks 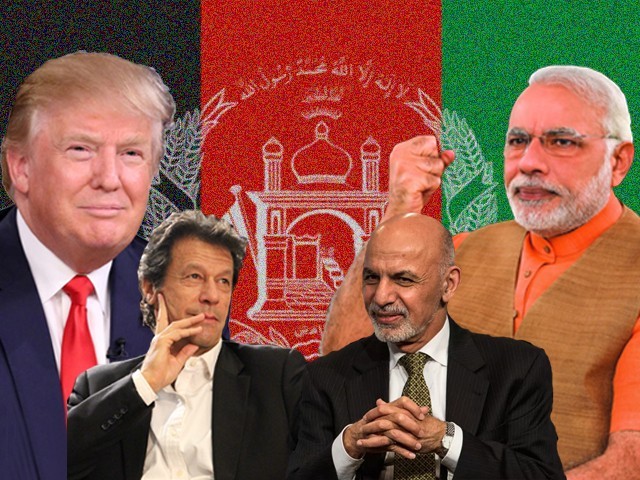 It would be a loss of face and money for India if the Taliban seizes its many investments there in the aftermath.

The clearest indication of how the Indian military, intelligence and diplomatic bureaucracies (‘deep state’) truly feel about US’s Afghan peace talks with the Taliban can be seen in India’s Major-General (R) Harsha Kakar’s recent article on this topic written for The Statesman.

India, which hasn’t shied away from sounding off about all manner of international issues ever since Prime Minister Narendra Modi’s election in 2014, has been uncharacteristically tight-lipped about its attitude towards US’s Afghan peace talks with the Taliban. This led many observers to intuit that it’s extremely unhappy with this process but is applying the age-old wisdom about how “it’s better to remain silent and be thought a fool than to speak and remove all doubt” in order to avoid the ignoble distinction of being the only country in the world to condemn the latest steps taken to end this nearly two-decade-long conflict.

These suspicions appear to be confirmed after reading Kakar’s article, where the otherwise presumably serious former military official shows the sour grapes that his country has over this process. He resorts to a chain of emotional arguments to make the implied point that the war must go on at all costs in order to advance India’s strategic interests vis-à-vis Pakistan at the US’s expense.

In his article titled ‘Who will be responsible for Afghanistan mess?’, Kakar hits the gate running by comparing the US’s possible withdrawal from Afghanistan to its prior one from Vietnam, remarking that:

Seeing as how Trump was democratically elected as president of the United States partly on his campaign promise to draw down US’s involvement in costly overseas conflicts, Kakar is implying that the will of the people should be ignored in order to promote the interests of the US’s permanent military, intelligence and diplomatic bureaucracy.

This is superficially hypocritical for someone from the self-professed ‘world’s largest democracy’ to say but makes sense when one realises that the Indian ‘deep state’ (of which Kakar is a part) hijacked control of the country after Modi took office. For reasons of ‘narrative convenience’, Kakar ignores the fact that the withdrawal from Vietnam was extremely popular with average Americans, just like a similar one from Afghanistan would be as well.

Another important factor that Kakar ignores is Trump’s signature “America first” foreign policy, as he writes that:

“It appears the US is presently only concerned about itself, rather than the people of Afghanistan and other states which have a stake in the country.”

This should have been self-evident because Trump’s foreign policy is all about prioritising US interests instead of ‘taking one for the team’ and ‘doing favours’ for its international ‘partners’ who he feels have been exploiting America for far too long by freeloading off of it. India, it can be said, is one such ‘partner’, at least when it comes to Afghanistan, though this will be returned to in the next section of the present article.

Continuing along, Kakar’s next series of points touch upon his views on how the wounded US and North Atlantic Treaty Organisation (NATO) veterans, as well as those who lost their brothers-in-arms in the conflict, might dislike that Trump’s withdrawing without a victory. However, the Major-General seems to be out of touch with the rank and file because otherwise he’d know that this war is very unpopular with them.

For the second time in two paragraphs, he then whines about “America first” again by writing,

“Trump has made up his mind and would follow his intuitions, the world be damned.”

“He did it in Syria and is repeating it here,” he added.

Once more, Kakar’s angle of approach to this issue is the same as Trump’s ‘deep state’ foes’ in that he deliberately overlooks just how popular the president’s intention to withdraw from Syria is among average Americans in order to further his own ‘class’ institutional interests at their expense.

The next chain of interconnected points that he tries to make is that the Taliban will go back on their previously stated commitment to peace and inclusive governance as part of a preplanned conspiracy with Pakistan, though not before Islamabad “obtains US largesse, has doors for International Monetary Fund (IMF) loans opened, and pressure…applied on India to pull out of Afghanistan”.

It’s actually these three outcomes of Pakistan’s diplomatic facilitation of the peacemaking process that Kakar – and by extrapolation, the Indian ‘deep state’ that he represents – is most fearful of.

The Major-General doesn’t really care about the US’s international reputation potentially taking a hit after its ‘second Vietnam’ or what its wounded veterans think about the withdrawal. His emotional embellishment of these two topics appears to be nothing more than a poorly thought-out attempt to misportray Trump’s peace talks with the Taliban in the worst possible light because of how worried India is about the strategic consequences of their success.

New Delhi knows that its interests in Afghanistan are only secured so long as the Pentagon is there to protect them and that the US’s possible withdrawal from the country would remove India’s strategic depth vis-à-vis Pakistan, therefore largely stabilising the situation in South Asia to what New Delhi’s ‘deep state’ believes would be their ultimate detriment per the ‘zero-sum’ paradigm that guides their decisions. Put another way, despite the war in Afghanistan being a total military failure for the US, India wants Americans to continue dying for them in order to advance their country’s regional interests.

It was written earlier that Trump’s ‘America first’ policy is aimed first and foremost at cutting off the US’s freeloaders, so bearing in mind the aforementioned insight about how India used the US all these years as its ‘cat’s paw’ against Pakistan by strategically profiting off of its people’s sacrifices in blood and treasure, it can be said that the application of ‘America first’ to the war in Afghanistan is a nightmare scenario for New Delhi.

Fearing that the withdrawal of American troops will leave Indian investments without protection, Kakar suggests the deployment of historically ineffective UN peacekeeping forces as a desperate last-ditch measure to defeat the same national liberation movement that not even the US could crush with over 100,000 troops at the height of the Barack Obama-era surge. Of note, for as much as he hypes up the US’s possible loss of face following any prospective withdrawal from Afghanistan, Kakar doesn’t talk about what a loss of face and money it would be for India if the Taliban seizes its many investments there in the aftermath.

The end of an empire, but which one?

Right near the end, Kakar predicts that,

“Trump would have demitted office but would remain in history books for being responsible for the death of a nation.”

“It would only prove the adage of ‘Afghanistan being the graveyard of empires’,” he concludes.

However, the US might actually save itself from collapse by withdrawing from the war-torn state, reinvesting its money in domestic infrastructure and socio-economic projects instead, and getting out of the quagmire while it still can. On the other hand, the same can’t be said for Modi and his envisaged empire of ‘Akhand Bharat’. They might be dealt with political death blows ahead of India’s General Elections in May, if serious concern over the geopolitical consequences of an impending American withdrawal from Afghanistan combines with other issues to convince voters to kick the hyper-jingoist Hindutva ideologues out of office, before they lead their country to ruin.

It’s little wonder then that India’s ‘deep state’ has sour grapes over the US’s Pakistani-facilitated peacemaking progress in Afghanistan because it could end their dreams of a regional empire once and for all.