Glass: A forced marriage of Unbreakable and Split, has M Night Shyamalan lost his mojo? 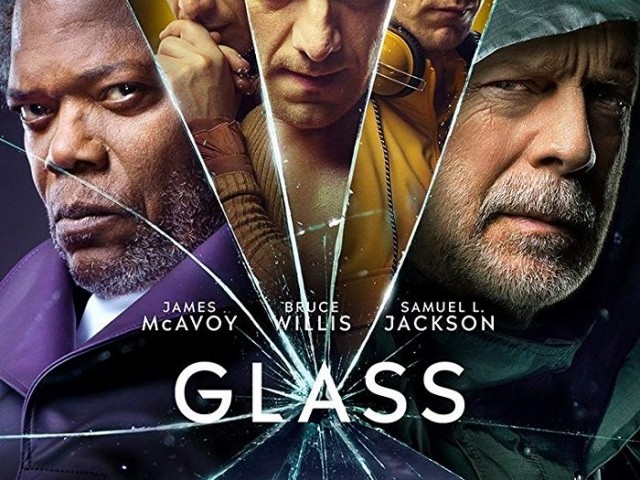 James McAvoy is terrific throughout the film and makes the movie somewhat worth watching. PHOTO:IMDB

Glass, the final chapter in writer-director M Night Shyamalan’s Eastrail 177 Trilogy, brings together the worlds of Unbreakable (2000) and Split (2016).

David Dunn (Bruce Willis), the plane crash survivor with superhuman abilities from Unbreakable, is now a vigilante known as ‘The Overseer’, who is taking down criminals with the help of his now-grown son Joseph (Spencer Treat Clark).

The superhero finds himself on the trail of Kevin Wendell Crumb (James McAvoy), the kidnapper from Split, who is referred to as ‘The Horde’ and who suffers from dissociative identity disorder.

As soon as the two men clash, they are arrested and sent to a mental health facility which also houses Dunn’s nemesis, Mr Glass (Samuel L Jackson).

The three become patients under the care of psychiatrist Dr Ellie Staple (Sarah Paulson) who specialises in people exhibiting delusions of grandeur and tries to persuade the men that they are normal humans who mistakenly believe they have superpowers.

Things eventually come to a head as a supposed twist leads us to an ending that is about as anti-climactic as a climax can be. Shyamalan is no stranger to controversial endings; even Glass’s parent project Unbreakable had one.

This time, however, the conclusion isn’t satisfying and constantly leaves you thinking “this can’t be it?” as you keep waiting for something more interesting to happen, only to be ultimately disappointed because this grand finale never happens.

There are some intriguing elements to the film. At times you find yourself very tense as you try to figure out which side is more convincing and who will, in one way or another, emerge victorious.

Nonetheless, the overall pace of the film is too slow to maintain the viewer’s intrigue and interest. When things derail towards the end, the whole thing becomes a convoluted mess that doesn’t do justice to the significantly better original projects that inspired this final chapter.

It does not feel like Glass was masterfully thought up nearly two decades ago (even though it supposedly was) and you certainly aren’t left with the impression that the worlds of Unbreakable and Split have been seamlessly put together here. The film feels like a rather forced marriage – disappointingly less than the sum of its disparate parts.

For all its many pitfalls though, the film does make fairly good use of its absolutely stellar cast, especially the wonderful McAvoy who is terrific throughout the film and makes the movie somewhat worth watching. He displays his acting range as he skilfully switches between his character’s many personalities.

Jackson too is impressive, as is Willis despite being relegated to a secondary slot for a large chunk of the movie. Paulson is good in her role as well, and it is heart-warming to see the grownup Clark reprise the part he played as a child 19 years ago.

The film is also a visual delight and grips you with its ominous atmosphere. Shyamalan, however, fails to make full use of the potential this project inherently possesses. The movie begins promisingly, but Glass ultimately suffers because of problems with its pace, coherence and storyline.

Viewers are likely to enjoy watching the performances of the actors and be intrigued by the overall concept of the movie, but its underwhelming, polarising conclusion will probably leave you wishing the filmmaker had made better use of the fascinating characters he inherited from his previous films.