X-Men: Apocalypse – An apocalyptic end to the trilogy 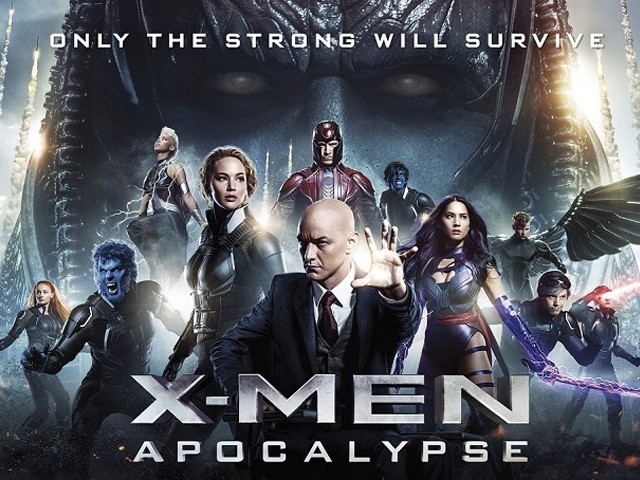 McAvoy and Fassbender are super impressive with the latter being truly magnetic (pun intended) as the angsty mutant, still trying to find its place on planet earth, and the former ever charming as an eternal optimist.

I wanted this to be good, oh, I so badly wanted this to be good. I even made good on my promise to never ever waste my money on another lousy, solely-there-to-make-money superhero flick by skipping out on Captain America: Civil War (heard it’s not that bad though) and Batman v Superman. But this was X-Men, this was the exception, this was the same franchise that gave us First Class (2011) and Days of Future Past (2014) but Apocalypse, much to my sorrow, turned out to be decidedly third class. Sigh!

The ninth outing in the ever-expanding mutant universe, but just third in its current hugely impressive until-now-prequel-incarnation, X-Men: Apocalypse lacks the fun, chemistry and emotional stakes of its predecessors in the origins trilogy.

Oscar Isaac plays the titular character Apocalypse who is the first and most powerful mutant of all time. Now this blue-skinned Ancient Egyptian nutjob with a God complex wakes up from a hibernation of thousands of years and is disillusioned with the world as he finds it. He then sets about recruiting a group of super-mutants including a vengeful Magneto (Michael Fassbender), a young Storm (Alexandra Shipp), winged warrior Angel (Ben Hardy), and Amazonian battle cat Psylocke (Olivia Munn), to help him destroy mankind and create a new world order. With the fate of the planet in the balance, Professor Charles Xavier (James McAvoy) and the enigmatic Mystique (Jennifer Lawrence) must spearhead a band of their most gifted followers to stop their archenemy from completely obliterating humanity. Considering his seemingly unlimited power, it’s a wonder why Apocalypse even needs his four Horsemen to carry out his evil bidding and doesn’t just take care of things alone. Not to mention, the quartet’s dubious motivation to help this guy purge the earth.

Luckily, where the plot lacks, the principal characters (and actors who play them) continue to not only save the world but heroically try to save the movie too.

McAvoy and Fassbender are super impressive with the latter being truly magnetic (pun intended) as the angsty mutant, still trying to find its place on planet earth, and the former ever charming as an eternal optimist.

But the show stealer, for second movie in a row is undoubtedly the fan favourite Quicksilver (Evan Peters) with yet another brilliantly choreographed slo-mo sequence set to Eurythmics’s Sweet Dreams. Also the scene that lets a particular mutant out of its confinement for a dazzling cameo is worth a shout.

As for the other support characters, they are overwhelmed by the scale and are largely devoid of motivation or purpose.

The first two parts largely succeeded because of the incredible interplay between the three main leads (McAvoy, Fassbender and Lawrence) and the complex relationships shared by their characters. Sadly, Apocalypse gives the trio very little screen time together, leaving a void that isn’t quite filled by the next generation of mutants.

The climax is also typical for its genre. By the time the day of reckoning finally approaches, it feels more exhausting than horrifying. When it all kicks off in the end I couldn’t even remember why everyone was in trouble in the first place.

Like a lot of other third instalments in a host of film trilogies, Apocalypse bites off way more than it can chew. The X-Men comic books are all about a bunch of outcasts but regrettably the current movie version tries to fit in with the mainstream and we all are now left to rue the irony!