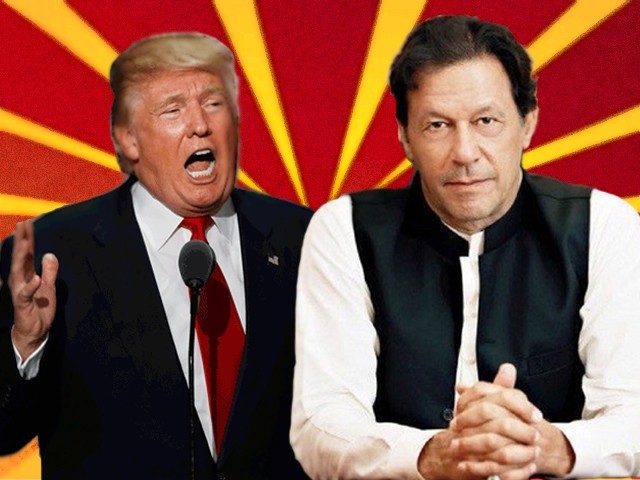 Pakistan, much like the rest of the world, is becoming increasingly adept at ignoring Trump administration’s demands and getting on with business as usual.

The US has always had a curious but quietly spoken relationship with Pakistan. At one point, Pakistan was the third largest recipient of US foreign assistance, receiving over $3.5 billion from the US in 2011 alone. While this aid has been steadily decreasing since the aforementioned peak in 2011, US-Pakistan relations took a sharp turn for the worse at the beginning of this year when US President Donald Trump decided to herald in the new year by launching a Twitter tirade against Pakistan.

The US then immediately threatened to withhold aid to Pakistan, which at first was a cool $255 million and later grew to a whopping $900 million before culminating into a total of $3 billion in security assistance getting suspended, according to a recent report.

However, despite Washington scapegoating Pakistan for its failures in Afghanistan and trying to justify its attempt to squander some of the money it typically wastes on its empire building, it actually transpired that a significant chunk of the money the US has withheld from Pakistan is not aid; it is money the US actually owes Pakistan.

That’s right. In December 2017, Trump himself signed into law a $700 billion defence bill that included up to $700 million to reimburse Pakistan for supporting the US-led war in Afghanistan.

It is thus not surprising that according to the Wall Street Journal, Trump’s tweets completely enraged his Pakistani counterparts. Pakistan’s former foreign minister Khawaja Asif said the US had failed to behave as an ally and that Pakistan no longer viewed it as one.

Throughout the year, the cuts to Pakistan and the insults on Trump’s Twitter timeline continued. In response to some of Trump’s attacks, Pakistani Prime Minister Imran Khan hit back with the underlying sentiment of ungratefulness that is stinging Pakistan’s sacrifices in America’s war on terror.

….We no longer pay Pakistan the $Billions because they would take our money and do nothing for us, Bin Laden being a prime example, Afghanistan being another. They were just one of many countries that take from the United States without giving anything in return. That’s ENDING!

Instead of making Pakistan a scapegoat for their failures, the US should do a serious assessment of why, despite 140000 NATO troops plus 250,000 Afghan troops & reportedly $1 trillion spent on war in Afghanistan, the Taliban today are stronger than before.

Never one to give up once it decides a world player is not playing by the rules of American imperialism, US ambassador to the United Nations (UN) Nikki Haley recently stated that Pakistan harbours terrorists that turn around and kill American soldiers, which is why the US should not give Pakistan even a single dollar until it addresses the issue.

And this is where we come to the crux of the issue. Does the US really have a problem with Pakistan because it “harbours” terrorists or because it doesn’t allegedly pull its weight in the war on terror?

The available evidence shows the US has enabled the strengthening of al Qaeda in Syria, Yemen, Libya and Iraq (where it would never have existed without first toppling Saddam Hussein and then completely disbanding the Iraqi police and military). The US had a major hand in the creation of al Qaeda from the outset, where it actually used Pakistan at the time as a means of transiting weapons to extremists who were fighting against the Soviet Union. Even under the administration of George W Bush, US aid at the time was going to anti-Iranian extremist groups based in Pakistan.

It seems as though the US has been using Pakistan as an entity in which it can sponsor and harbour terrorists, not the other way around.

No, the real issue is that Pakistan is no longer following the rulebook and has begun to assess the various options available to it with regard to the forging of new alliances. It has also taken various measures that will not only infuriate the US, but also put its status as the world’s economic superpower completely at risk.

In the wake of Trump’s strong animosity towards Pakistan, Islamabad took measures of its own to counteract Washington’s show of strength and announced it was considering a proposal to replace the US dollar with the Chinese yuan for bilateral trade between Pakistan and China. Following Trump’s tweets, the replacement of the dollar with the Chinese yuan was almost instant.

Additionally, Imran recently visited China in an attempt to obtain an economic package in order to overcome the current crisis his country’s economy has been grappling with. The end result was that Pakistan walked away with a number of bailout packages from China in the form of investments. According to Finance Minister Asad Umar, of Pakistan’s $12 billion financing gap, at least half of it has come from China. China’s ties with Pakistan have hence been growing in the face of deteriorating ties with the US, with China having pledged to invest $62 billion in Pakistani infrastructure as part of its so-called Belt and Road Initiative (BRI).

As of right now, China has one foreign military base (in Djibouti, Africa). In the middle of last year, it was widely reported that China was considering establishing its own naval bases in Pakistan. Earlier this year, similar reports resurfaced again, though Pakistan and China have vehemently denied that any such naval base will be built.

Not too long ago, the Express Tribune reported that Pakistan and China had begun a joint international air drill. Furthermore, Pakistan and Russia also held joint naval drills in the North Arabian Sea, and the two countries also agreed to upgrade bilateral ties to the “level of strategic partnership”. Russia has also recently sold attack helicopters to Pakistan and signed a military cooperation pact to train Pakistani officers. The pact includes counterterrorism training as well; something the US has decided it will no longer gift Pakistan as part of its overall punishment.

Washington’s pushing of Pakistan towards America’s traditional rivals goes far beyond that of Russia and China (who are, let’s face it, the real thorns in the side of US foreign policy). Pakistan now has a closer relationship with North Korea, while Iranian and Pakistani defence ministers have held talks on Washington’s role in the region, having begun expanding their relationship in the era of Trump.

The Asia Times also reported that Iran, China, and Pakistan are set to launch a “trilateral nexus” that would support economic development for as many as three billion people. Turkey, a North Atlantic Treaty Organisation (NATO) ally gone rogue, is also forging closer ties with Islamabad; as is Qatar, a country recently demonised by the US-backed Saudi coalition of bullies.

Clearly, Washington’s issues with Pakistan have little to do with terrorism, and its actions are more in line with its overt attempts to unilaterally force other countries into submission. Unsurprisingly, Pakistan, much like the rest of the world, is becoming increasingly adept at ignoring the Trump administration’s demands and getting on with business as usual. And at the end of the day, perhaps Pakistan is of more value to the US than the US is to Pakistan, as evidenced by Trump’s latest U-turn in which he sent an open letter to Pakistan asking for help with the Afghan peace process.

And let us not forget that Pakistan is the only Muslim-majority nation with a nuclear weapons supply. The idea that the US should be playing a game of high-stakes chicken with this nation is laughable at best, and catastrophic at worst.