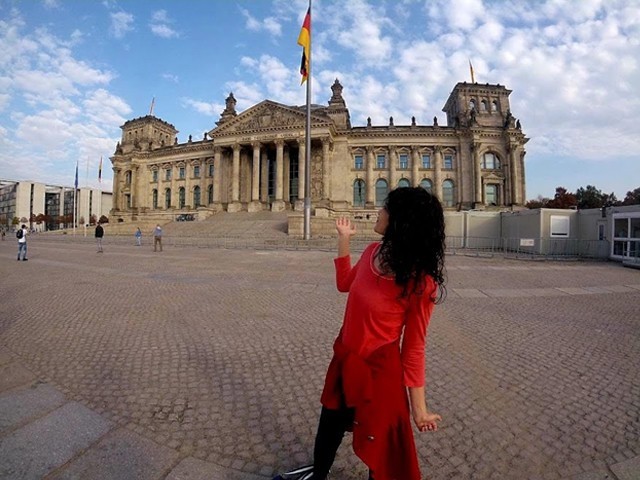 To reconstruct, reconnect and be reborn like a phoenix from the ashes is what this country has done. PHOTO: WARDA IMRAN

From the moment I stepped out of the Berlin Tegel airport on to the city that possesses one of the richest histories in the world, the air around me transformed. Compared to the noisy Karachi streets where each nook and corner is densely populated, streets in Berlin seem fairly less crowded. The very air reeked of its past, almost as if it is haunted by the disputes once started on this very land.

When I entered my apartment in West Berlin, I was unaware of the significance of my position, its only days later when I realised that the East-West ideology still resides in German minds. 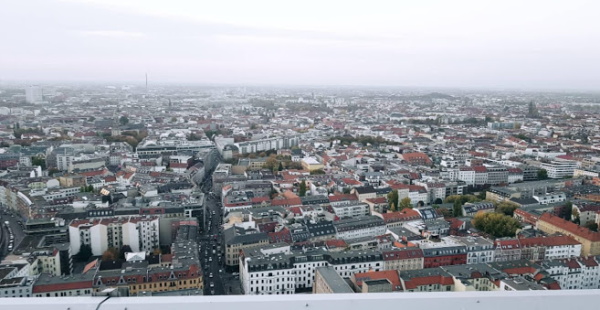 A view of Berlin from the hotel.

It’s a well-known fact that Germany’s capital was also the victim of the souring Cold War between the United States and the Soviet Union, with each side claiming ownership over the city after the Second World War. One fateful night in November 1961, Berlin was divided into two – friends, family, foes had no option but to be separated into two different political and ideological spheres. This went on for three decades.

Nothing outlines this fact more than the remnants of the Berlin Wall on Mauerpark where thousands still go to pay tribute to those who struggled for its fall. The luscious green of the park, which was once riddled with war and bullets, now stands peaceful. Perhaps what struck me the most was the ease with which one could cross over from the East to the West and standing on the intersection of the two was a way of making my own personal history.

As I roamed the city, my list of places to visit grew intensely. My second stop was the Holocaust Memorial symbolised by large grey concrete slabs and a tribute to all the murdered Jews in the war. Inaugurated in 2004, this seemingly recent monument was as haunting as the historic sites. If one were to visit them in the evening, the slabs stood in stark contrast to the lit buildings and sites that surrounded it. Shivers travelled down my spine as I walked through them, images of all the violent war movies I’d watched flashed before my eyes as I realised that none of those fictitious images could amount to the horror and atrocities of the day. 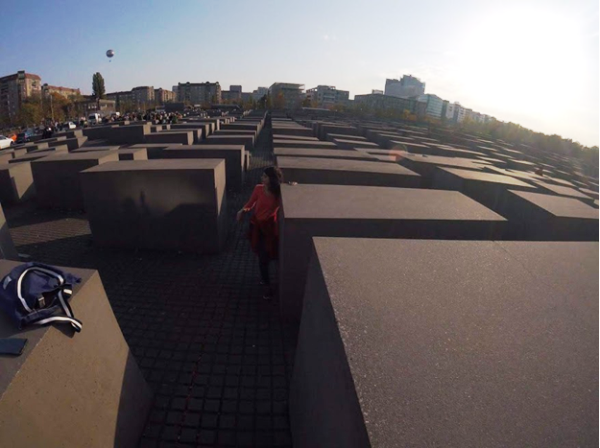 Slightly torn by my initial two visits, I stepped on to Warschauer Strasse on to the famous East Side Gallery. Made almost 20 years ago, the gallery is the longest open air gallery in the world. It symbolises the feelings, emotions and sentiments of the people when the wall fell. It has art from long ago and art from today. Multiple graffiti artists have also taken to the East Side Gallery to showcase their talents. 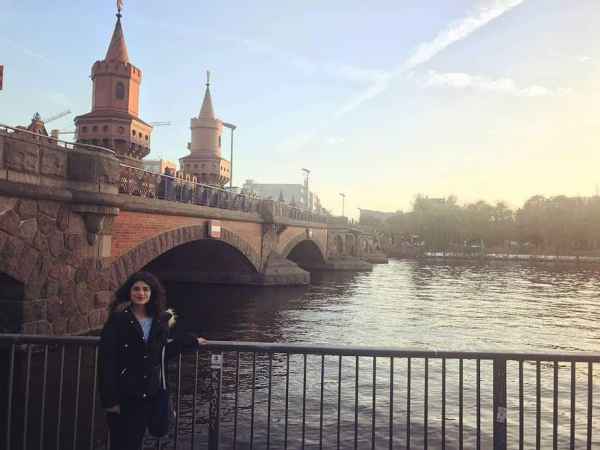 A walk along the colours of the site was rejuvenation for the soul. A breath of fresh air. Onlookers ogled at each painting, and I stood there in triumph at being present at one of the most culturally active sites in the country.

I have travelled across Italy, I have peeped into Paris, I have been blown away by Amsterdam and I have fallen in love with Zurich, but nothing quite captured my heart as Berlin did. A city soaked in history yet fighting each day to step out of the horrors of its past on to new ways, new days and new lives has truly impressed me.

For Pakistanis, the bloody history of independence is enough to scar souls. However, we enjoy the luxury of blaming the British for whatever came our way in the preceding years. The Germans have no one to blame but themselves for their history. To reconstruct, reconnect and be reborn like a phoenix from the ashes is what this country has done.

Preserving older structures like the gorgeous Berlin Dome and the Brandenburg Gate enhance their architectural aesthetics; the beauty of history can be seen in Friedrichshain, Alexanderplatz, the Reichstag (preserved as the earliest German parliament) and Potsdamer Platz. Multiple museum exhibits highlight the way that people lived during the war and the way they survived. 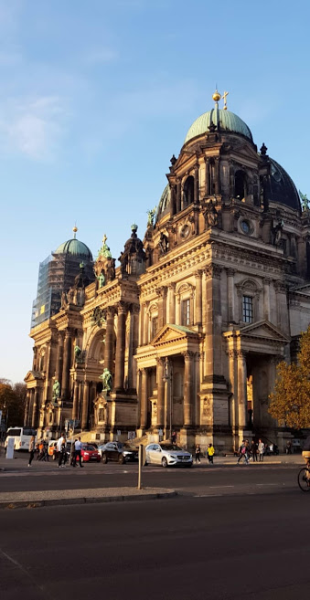 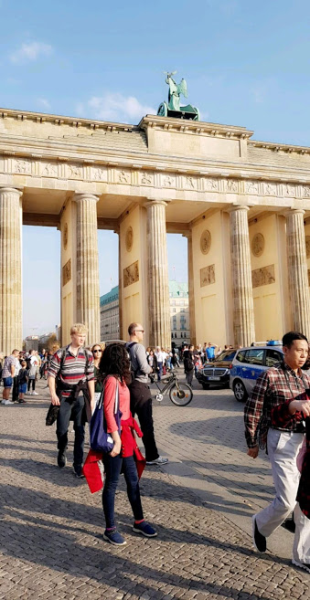 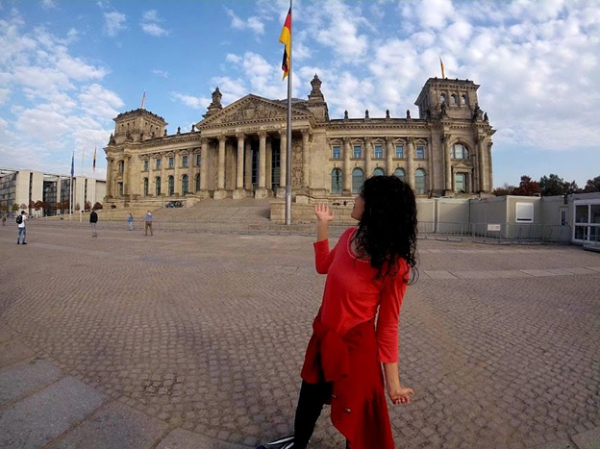 The people in Germany seem to be a tad obsessed with their history, but I have yet to make out what this obsession stands for. Is it a need to erase the blood that stained the grounds of the city? Or is it a need to accept and move on from its past?

Regardless of what it might be, Berliners are cold in the winter and warm in the summer, they are animals of season, and while the winter epoch scares many into hibernation, it is the stunning Christmas markets and the everyday festivals that will give you a true Berlin feel.