What if the Holocaust and Palestinian genocide had not happened? 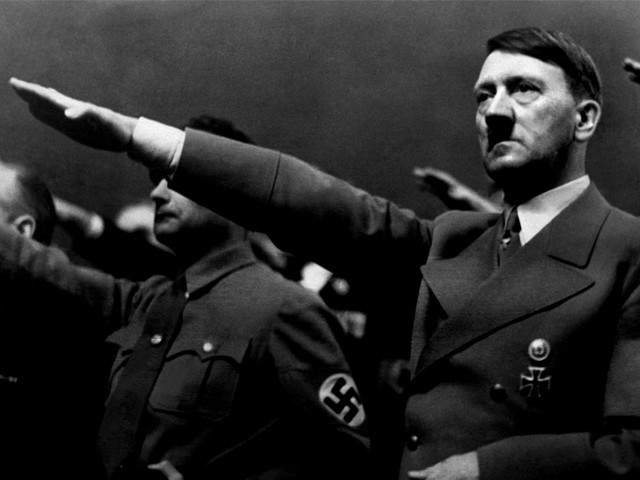 Some 11 million lives, six million Jews and five million non-Jews would have lived, World War II would never have taken place, Israeli settlements in Palestine, the consequent Palestinian genocide would have been averted and perhaps 9/11 would not have happened, had one man been vocal on time.

The only man besides Hitler in a position to alter the course of history was Pope Pius XII of the Vatican, who chose not to utter a single word of condemnation for Hitler’s war, although he reportedly publically lamented the cruelty of war and loss of millions of lives. When Hitler and Joseph Goebbels were busy luring their Christian army into the anti-Semitic propaganda as a token of their Christian-ness, Pope Pius XII could have been the man reasserting the true essence of Christianity, respect for human life, unconditional universal love and kindness.

Although his defenders report he had written his condemnation for Hitler but later burnt it to ashes in a premeditated larger interest of the newly converted Christians, very few are impressed. His critics however, severely censure him for his lack of ability to openly condemn Nazi advances. To be a Christian under Hitler’s regime was to be essentially anti-Semitic, such was the mind-set that created the Holocaust.

Hitler was a dictator and religion was never his domain, yet when a dictator manipulated religious sentiments of his citizens, the holy silence couldn’t have been more criminal. On the one hand, the Pope’s silence covertly sanctioned Jewish genocide and on the other, it tainted the true essence of the very religion he was under oath to defend.

But if the Vatican Pope failed humanity with his silence, where would the hate speeches of Israeli Rabbi place him? Israel’s Former Sephardic Chief Rabbi Mordechai Eliyahu, one of the most senior theocrats in the Jewish State ruled in his letter addressed to the then Israeli President Ehud Olmert, that

“There was absolutely no moral prohibition against the indiscriminate killing of civilians during a potential massive military offensive on Gaza aimed at stopping the rocket launchings”. (Eliyahu advocates carpet bombing Gaza, The Jerusalem Post, May 30, 2007).

Such a brazen genocidal call by a holy figure is downright immoral. Drawing scriptural parallels and framing Palestinians as Amulek, (enemies of Jews described in scriptures) men in Jewish holy attires approve crimes against humanity and theology. One understands that lessons from Auschwitz were lost on Jews and their anger misplaced when one comes across the writings on Jerusalem walls that state, “Arabs to the ovens”.

Beneath Palestinian mass graves lies the self-denigration of once a marvellous nation. Today’s Israelis need to ask themselves on which side of the Holocaust, millions whom they commemorate still from past seven decades will place their successors to be, the victims or the victimisers?

Caught in a similar situation are Pakistanis who have taken their position in opposition to crimes against humanity. They have decided neither to stay silent nor to allow criminal oblivion of individuals in charge of the pulpit. They are now rising to the occasion to reclaim their mosques as well as their religion from hate mongers and cowards that fail to condemn terrorism unconditionally.

The picture might not be very clear at the moment however, a few brave voices keep stirring the cords of our collective conscience. Hearing them is the only way out. Regaining peace and inter-faith harmony is perhaps today’s biggest religious service as well as the need of the hour.

For once, Zaid Hamid rightfully questioned the role of notable Mullahs particularly Maulana Tariq Jameel’s deafening silence when it comes to condemning terrorism.

The State must also take strong action against religious leaders who publically display any affinity or sympathy with the State’s criminals and traitors. Furthermore, those protesting against Mumtaz Qadri’s verdict must also be dealt with severely. This must be done essentially as a token of counter terrorism measure.

The author is an academic and a writer. Her upcoming book explores reasons behind religious violence acceptance in Pakistan. She tweets as @mountedhorse (twitter.com/mountedhorse)