PakvsNZ: T20s proved Pakistan is a good team, but the ODIs will determine if it is a great one 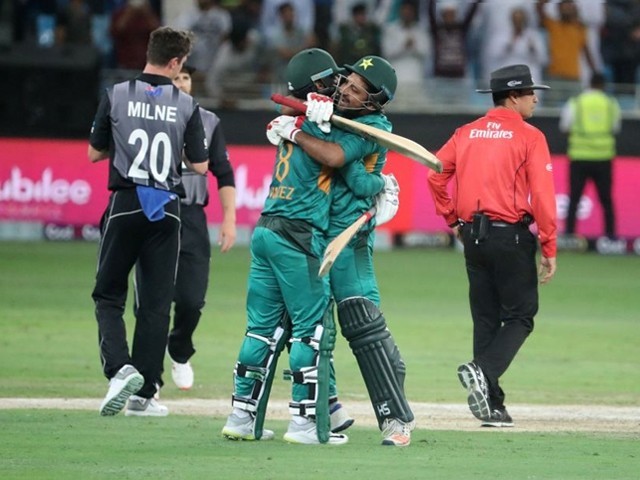 Mohammed Hafeez (R) and Sarfraz Ahmed (L) celebrate with team mates at the end of T20 cricket cricket match between Pakistan and New Zealand in Dubai on November 2, 2018. PHOTO: GETTY

Earlier this week, Pakistan triumphed over New Zealand in the T20 series with an impressive 3-0 victory. Good teams will look at such a performance and think they have all their bases covered. But in order to be a great team, one would have to look at how to improve this performance and excel in all areas.

There is no doubt Pakistan absolutely dominated the series, but there remain a few glaring issues which need to be ironed out going forward, most notably our batting order.

Firstly, in order for Sarfraz Ahmed to be effective, he must not bat anywhere below number four. His game is not suited for a lower order batting, mainly due to his lack of power hitting. 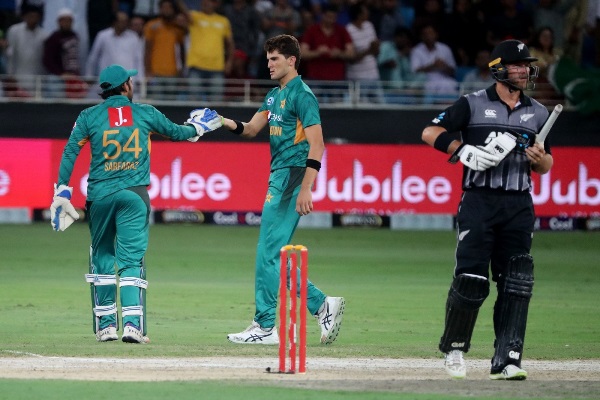 As the top three positions in the team are now secured under Fakhar Zaman, Babar Azam and Mohammad Hafeez, Sarfraz must make himself the permanent number four. The obvious number five would then be Shoaib Malik, but yet another issue creeps up in the form of our number six batsman. Asif Ali has been given that role, but he has failed to deliver on multiple occasions.

Ali has had more than a fair run at the top level now, having played 26 international games for Pakistan, yet we are still unsure of what he can offer. His role is to play at the death of the innings and score quick runs; however, he was promoted to number three in this series, which proved to be a poor decision as he visibly struggled.

The issue with Ali is the lack of range in his strokes through the offside. He has hardly scored a run through the offside in his career, and good sides will eventually capitalise on this, as both Australia and New Zealand have done. Additionally, he also looks to be a sitting duck against spinners. The only consolation is that with the next T20 World Cup being in Australia, his obvious weakness against spin will not be as apparent, and his ability to play pace bowling well could come into play. 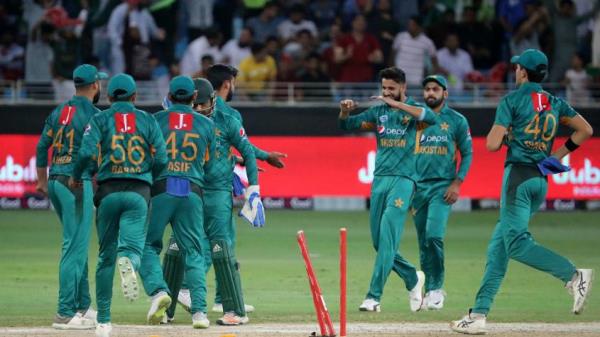 One possible replacement for Ali could be Umar Akmal. Akmal gets a lot of flak, but his international statistics are more than decent for a player who has ‘underachieved’. His recent form has been impressive as he regularly scores 50s; however, his selection looks unlikely at the moment given his off-field troubles.

The other apparent weakness in this team is Zaman, who has the ability to become a brilliant T20 batsman, but it is his mindset that is at fault and stands in his way. Zaman is not the kind of batsman who can score quickly from the first ball – the possibility of this is a myth that exists in Pakistan cricket. All of Zaman’s greatest innings have come after he has taken the time to get settled at the wicket. Once Zaman is ready and comfortable, he can be explosive, and he should look to do the same in T20 cricket. He should take 15 to 20 deliveries initially, because once he is set we know he can score big and win many games for Pakistan. 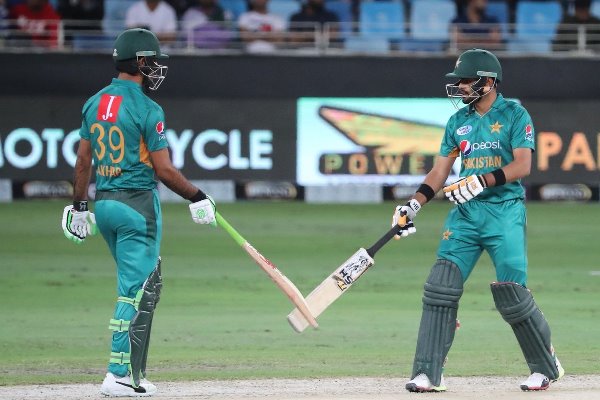 The same case applies to Zaman in the ODIs. At times he tries to be too aggressive too early on, which costs him his wicket. He has to understand that he must settle in before he tries to attack, as he is a different kind of batsman, unlike the likes of Sharjeel Khan, who can strike hard from ball one.

Whilst Pakistan have been prevailing in their recent T20 encounters, their ODI form of late hasn’t been impressive, particularly against top teams. Earlier in the year, Pakistan lost heavily against New Zealand, and only recently we had an abysmal Asia Cup, which rings alarm bells for the ODI squad.

The problems in the recent Asia Cup were similar to the issues already mentioned, including the lack of a safe number six batsman, as well the presence of an opener who kept misfiring. It was during the Asia Cup that I realised Pakistan needs Hafeez. It is good to see him back, as he was missed during the Asia Cup. His value to the team has been apparent through the T20 series, where he won Man of the Series. 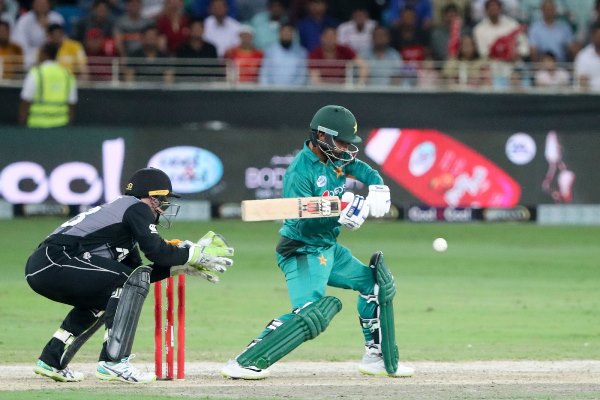 It will be interesting to see what position Hafeez will play in the upcoming ODI. I strongly believe the position most suited to him in the ODI team is the sixth order. Hafeez is the finisher Pakistan so desperately requires, and him batting at six allows the other batsmen in the team (Sarfraz, Azam and Malik) to bat at their natural positions.

My top six would therefore include Imamul Haq, Zaman, Azam, Sarfraz, Malik and Hafeez, but I highly doubt this will be the case. I see the management pushing Hafeez to bat at number four, which I feel would be the wrong decision. He may score runs at that position, but in the long run it is not the place for a player like him.

Going into the ODI series, Pakistan will be full of confidence after the triumphant victories of the past, which is a positive for them and is well deserved, but it is also important they continue to play with the same intensity.

I believe New Zealand will put up a better fight in the ODI series than it did in the T20, and the matches will definitely not be as one-sided as the T20s were. The final T20 showed us that Kane Williamson was returning to form, which could be an ominous sign for Pakistan. 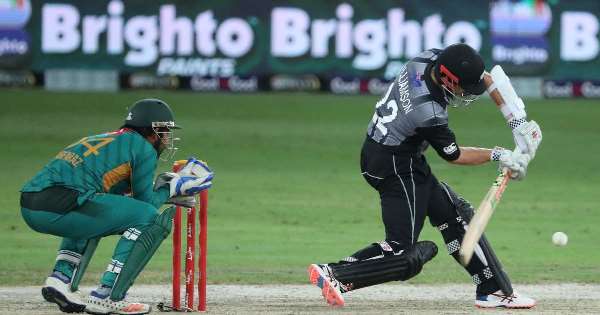 Overall, it is tough to be critical of a team that has been so dominant of late in the T20 format, but in order to be a great team (such as the Australia of the early 2000’s) you have to strive for perfection, and with a few changes such as the aforementioned ones, I believe Pakistan can go on to become a great team overall and lift the T20 World Cup as well.

But first, they will have to take on the Kiwis in a three-match ODI series. The series takes place at a great time, as it will tell us precisely who belongs at this level of cricket and who doesn’t, and that too only less than a year or so before we move on to the World Cup in England and the titans face each other on the main stage.