Why is Mohammad Hafeez still on our national team? 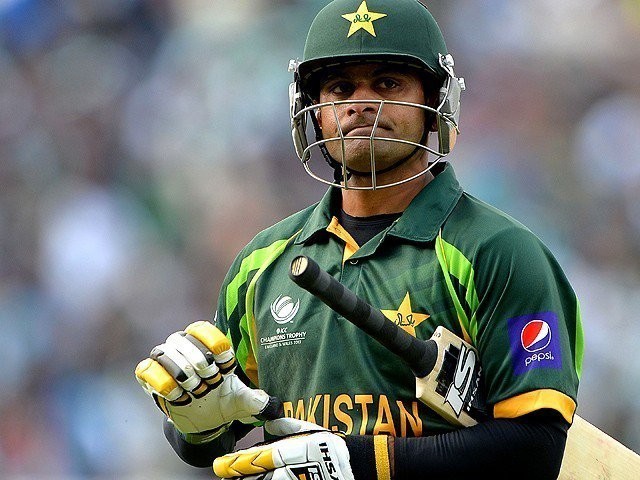 Thirteen years since making his international debut, Mohammad Hafeez has still failed to justify his position as an opener in the Pakistan cricket team. PHOTO: AFP

Thirteen years into his international debut, Mohammad Hafeez has failed in justifying his position as an opener in the Pakistan cricket team. What’s even more disappointing is that this statement holds true for all three formats.

The sign of an average player is that when playing at home (home for us being UAE), he plays well. But the moment conditions change and pose as a challenge, such as in England, South Africa and West Indies, he fails miserably. No wonder then that Hafeez’s average in away Tests against these mentioned teams is not even 20. Try to recall when he last scored a century playing away from home, against any team other than Bangladesh, Sri Lanka and Zimbabwe, and you’ll understand this reasoning.

The importance of a good opener cannot be stressed enough. He sees off the new ball, keeps one end stable and lays a solid platform for the middle order to build upon. In any other cricket nation, what Dale Steyn did to Hafeez during Pakistan’s home and away series against South Africa (at one point Steyn literally laughed in Hafeez’s face for repeatedly getting him out in the same fashion) should have been enough to replace Hafeez for good. But not in Pakistan.

We, for heaven only knows why, persisted with Hafeez as an opener and the results are enough for everyone to see. Hafeez continues to be in complete oblivion about his off-stump, and thus, keeps getting out playing away from his body when the ball is swinging. Albert Einstein said that the definition of insanity is doing the same thing over and over again, but expecting different results.

In our context, you can decide whether he was right or wrong.

Hafeez’s performances in ODIs and T20s as an opener are similarly dismal, and ever since his bowling ban, his position in the team has become even more questionable.

But playing the devil’s advocate, one could make a few arguments for the selectors for constantly entrusting Hafeez with the task of opening for Pakistan. The first would be that he is a senior player, and as such, he is needed in the team. Secondly, it could be claimed that there are simply no other options available to choose from to fill that crucial opening slot. But the current series in England has shown us that both those justifications are utterly faulty.

Let’s deliberate upon the point about seniority.

Where does it state that being a senior player grants them immunity from being dropped from the team? If players like Gautam Gambhir, Virender Sehwag, Ian Bell, and Shane Watson – all with much higher averages than Hafeez – can be dropped for lack of form, what puts Hafeez over and above the proverbial axe?

This directly brings us to the second point about lack of alternate options.

Two words, Sami Aslam. What this 20-year-old kid achieved in his first innings in England, Hafeez couldn’t do in his last six innings: scoring a half-century. And he did it twice. Sami has proved to people like the never-say-retire Shahid Afridi that Pakistan is never short on talent. All that is required is to give merited individuals the chance to prove they belong.

And if we do indeed face a stiff challenge in finding openers, why not try out a few middle order batsmen as openers? Mohammad Rizwan, Iftikhar Ahmed and Azhar Ali can all be asked to open for Pakistan. Why is such out-of-the-box thinking beyond our team management? With Hafeez around, Azhar Ali usually comes to the crease pretty early anyway.

To conclude, it is high time that we adopt a selection approach where tried and tested players are not brought back to fail again, and young blood such as Sami Aslam, are inducted in the team.