A Star Is Born: Can Bradley Cooper and Lady Gaga continue its 80-year legacy?

Even though this movie has been remade multiple times and every single time it appears as a major awards contender, the excitement and anticipation of filmgoers is unwavering. Once again, we have fallen head over heels in love with the trailer of actor turned director Bradley Cooper and singer turned actress Lady Gaga’s much awaited new version of the famous romantic story – A Star Is Born.

The timeless love story’s charm has not faded; in fact, it has enhanced further as the new film preview vows to present Cooper and Gaga in adorable characters. The story revolves around a manqué luminary who uncovers the talent of a shy musician and helps in launching her showbiz career.

As per the trailer, Jackson Maine (Bradley Cooper) is at a crossroads in his career as an established musician and is trying his best to resist alcoholism. He meets Ally (Lady Gaga), an aspiring singer who due to her low confidence never shares her own music and performs songs written by other people.

“I don’t sing my own songs. I just don’t feel comfortable…”

Ally is not at ease while performing because people have repeatedly told her that they don’t like the way she looks. However, this time, someone really appreciates her and it is Jackson who bluntly tells her, 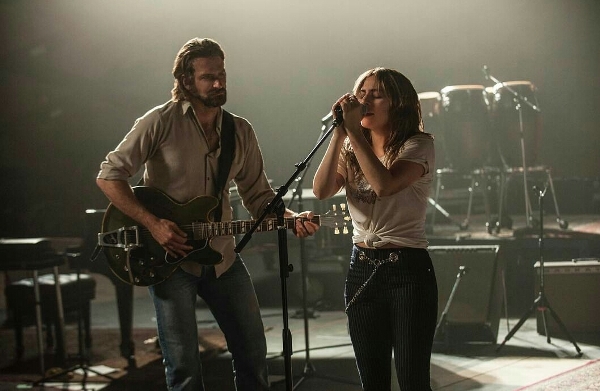 Oh yes, struck by cupid’s arrow, they fall instantly in love. Jackson uses his podium to give her a big chance to try her luck and perform. The rest of the trailer hints that the passionate storyline is nearly the same as the original one. The lead pair also performed live at famous concerts like Coachella and Glastonbury musical festivals just to add a realistic touch to their film. 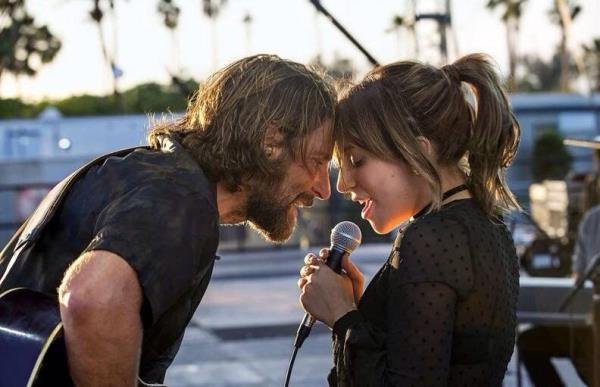 The interesting part of the film is that Cooper and Gaga not only co-wrote the original songs but also recorded live sessions for the former’s debut musical drama. Cooper also fulfilled his duty of co-writing the script with Eric Roth and Will Fetters.

Moreover, the film has Dave Chappelle as Noodles, a fast friend of Jackson, while Sam Elliott will be playing his manager’s role.

The latest remake of A Star Is Born solemnises Oscar-nominated music icon Gaga’s first major performance as a lead actress on the silver screen. She looks totally different from her usual self because she isn’t wearing her famous provocative outfits that have always stolen the limelight. The sneak peak of her role in the trailer is impressive and powerful. The striking chemistry between the main lead looks natural, and of course, their smouldering affection is something you cannot neglect on screen, even if you tried!

Overall, A Star Is Born is all about love with a hint of melodrama and beautiful songs garnished with lifelike performances. The critics’ retort and filmgoers’ reaction to the trailer of this tragic love story is an indication that the Cooper-Gaga combo is bound to be be award contenders, just like their predecessors.