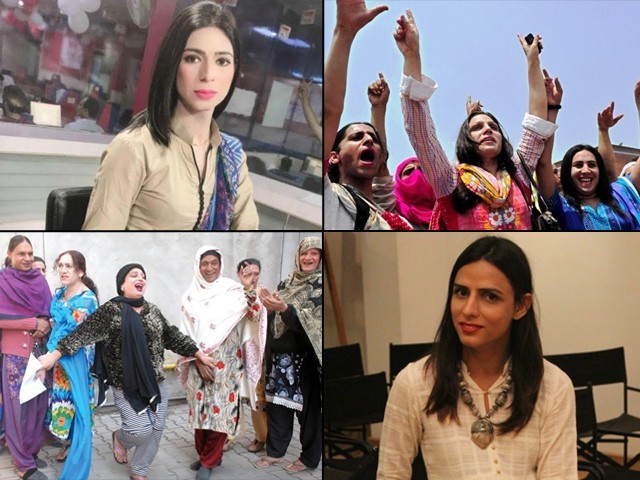 We are moving into a new era with this law – where trans experiences will not be written about from the outside; projected on screens from the perspective of others.

Last week, the National Assembly (NA) enacted a law to protect the rights of the transgender community. Called the Transgender Persons (Protection of Rights) Act 2018, its main provisions validate transgender identity and expression and seek to provide transgender men and women the rights they had under the country’s Constitution but never enjoyed. The act spells these rights out explicitly so there remains no doubt of their full citizenship.

The definition of “transgender persons” is thoughtfully crafted to include intersex, eunuch or a “transgender man or woman, khawaja sira or any person whose gender identity and/or gender expression differs from the social norms and cultural expectations based on the sex they were assigned at the time of birth”. This definition is both broad and inclusive. It comports with the idea expressed by one transgender woman that, regardless of external biology, her soul or rooh is that of a woman. “Gender identity” means a person’s innermost and individual sense of self as male, female, a blend of both or neither, that can correspond or not to the sex assigned at birth. Interestingly, this definition is open to multiple gender identities.

The new law provides transgender people the right to register their self-perceived gender identity on their government issued national identity cards and documents. It also provides freedom from discrimination in employment, education, health, travel, renting accommodation, inheritance and property rights, in the provision of goods and services, voting and holding office.

Section 5 – an important provision – prohibits harassment of transgender people. Khawaja siras, for example, face rampant harassment and are subject to hate crimes, both in public and private spheres. This hate co-exists with the ambivalence, fear and reverence held in society for them. They report having their hair cut from behind, being beaten and pushed, taunted and hassled.

Many have self-healed after facing brutal physical and psychological violence from family and strangers – cried alone, not even bothered to get medical treatment, sought escape in various forms.  If they’ve had help, it’s often from one empathetic family member, usually female.

Some forms of discrimination, though, may be beyond legal cure. One transgender woman in Multan lived the life of a heterosexual man during the day and served as a father to children, but she had to find some solace for her inner self – and sat in her guru’s house at night where she could be among her own.

Unfortunately, there are also many transgender people forced into marriage after succumbing to familial pressure. The law does not overtly reach into this area. But, if this new act contributes to general acceptance for transgender people, then perhaps it will gradually lead to the end of forced marriages, a type of sexual violence when it is coercive and/or contradictory to one’s gender and sexual identity.

Section 6 imposes a duty upon the government to affirmatively establish protection centres or safe houses, separate prison and jail cells, institute sensitisation for public officials, such as law enforcement and health institutions, regarding transgender people. It requires the state to provide vocational training to promote their livelihoods.

Section 7 covers inheritance. Most transgender people are left out of inheritance because of estrangement from family members who typically disapprove or violently negate a person’s identity, if it differs from CIS male or CIS female. Under the new law, transgender men will be eligible for male shares, transgender women will be eligible for female shares and those who identify with neither will get an average of the male and the female shares.  Sadly, a law that protects trans identity can do nothing about the in-built gender discrimination of inheritance law in Pakistan where females automatically inherit less in case they have brothers. Now, trans women will also share this discrimination with women. So much for an oppressed sisterhood!

Section 8 provides that no school or institution shall discriminate against transgender persons in their right to education and there shall be a 3% quota for them in all private and public educational institutes. This does not come with the offer of free education for those who are admitted under the quota. However, the law does state that admission cannot be based on a discriminatory condition. This means that transgender men and women can dress according to their self-perceived gender identity and expression, and schools and colleges cannot place restrictions on their dressing preference.

This section also prohibits discrimination in access to facilities. Does this mean that schools will permit transgender men/boys to use female bathrooms? Will schools allow them to wear the uniform of their choice? I guess this is left for later determination, either by government departments through rule making that the act enables, or schools in their administrative capacity.

Similarly, all private and public organisations must have a 3% quota reserved for transgender men and women in employment. If this provision is implemented and we start seeing trans women and men in employment, who haven’t been made to compromise their chosen expression and attire, then this will go a long way to change public perception positively.

Their right to healthcare in Section 12 prescribes changes in the medical curriculum to steer medical professionals toward a more sensitised approach to trans persons – as well as ensure access to medical and psychological gender corrective treatment. After the 2016 death of Alisha, a trans woman who was shot and then later denied treatment in a Peshawar hospital, we do know that healthcare discrimination is a huge problem. Hopefully, health care officials will develop tolerance and compassion and will stop treating such people as a health care anomaly.

Moreover, what about corrective surgeries?  The law does seem to read to provide for it. It also mentions the future creation of comprehensive insurance schemes. But who will pay? Employers, the health department, or donors/philanthropists? Some transgender women are profoundly affected by physical attributes they do not identify with, and often resort to back alley clinics. Thus, we do need to quickly see adequate insurance plans so that they can opt for these surgeries without putting themselves in danger.

Some would say a law without a sanction is not a law. This statute does not spell out any fines or penalties in case any of its provisions are violated. Sanction is triggered if violations under this law are also criminal offences under the Penal Code (for example rape, assault and sexual harassment) or there are constitutional remedies. However, it does allow transgender persons to write grievances to the National Human Rights Commission (NHRC) – which they could have done anyway. It’s thus a declaratory law that aspires to recognise the constitutional status of transgender persons.

A few questions I have become familiar with, over the years, regarding transgender activism are as follows: NGOSs and trans movements have struggled with the question of authentic representation specially from the organic support networks that have existed in the transgender community through the guru-chela system. They recognise that while being a source of nurturing, acceptance, support, livelihood and training, there is also a degree of exploitation faced by younger members in guru-led households. These traditional systems are also in flux.

Then there is the question of funding. Trans activism has been funded recently as an area of interest to foreign donors. That always complicates matters; it creates rifts, tensions, opportunism as well as opportunities. There are quite a few voices that rise above the confusion to ask for more research and question all laws that are made in a non-inclusive or non-participatory manner.

Regardless, we are moving into a new era with this law – where trans experiences will not be written about from the outside; projected on screens from the perspective of others. Trans men and women will author their own experiences and our sense of gender, sexuality, culture and self will gradually evolve.