‘Tag’: A hilarious story of an outlandish tradition that will make you miss your friends

In January 2013, The Wall Street Journal ran a story about a group of friends who had been playing a game of tag for 23 years. The game started in high school, continued throughout college, and soon became a no holds barred tradition, where whoever got tagged as “IT” would have to travel all across the country to tag one of the other competitors.

The “Tag Brothers”, as they came to be known, decided to sell their story, resulting in the movie, Tag, whose trailer was released recently.

The cast is thus not only talented, but clearly has a lot of experience within the comedy genre, which makes one expect even more from the movie. 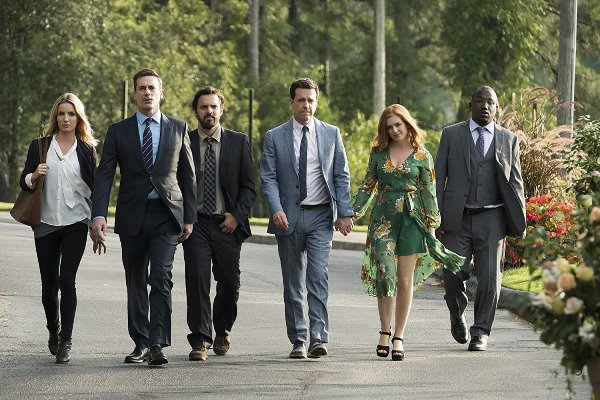 The trailer begins rather unusually, with Renner, Hamm and Helms all out of character (on the Ellen show) yet still playing tag. The shot then switches to a wedding ceremony, where Hoagie (Helms) attempts to tag Jerry (Renner), but fails.

It is revealed Jerry has been undefeated in this long running game, and the rest of the players decide to tag him once before he retires from the game.

The trailer has some very fun moments in some not-so-fun situations. The best one is when Callahan (Hamm) is seen tagging Hoagie when he is with his wife, who is in the process of giving birth.

In another scene, Randy (Johnson) tags Hoagie during his father’s funeral. Clearly, there are no limits to this game! Throughout the trailer, the gang can be seen pulling some insane stunts, just for the sake of the game.

The trailer also indicates the movie has some emotional moments, and reveals how a simple game has kept these friends close and connected since childhood. Fortunately, cast members like Hamm, Renner and Johnson have quite the experience as dramatic actors, which is why scenes with emotional depth won’t seem forced or poorly acted out.

The cast seems to be in great shape and the trailer looks promising. The only thing worrying me is Renner, who plays the lead. He has some good one-liners in both the Avengers movies, but he seemed to struggle with comedy in his last release, The House, which bombed at the box office. Given his absence in the trailer for Avengers: Infinity War, hopefully Renner will turn things around in this one.

The movie has all the ingredients to become another fan favourite like DodgeBall: A True Underdog Story, with its combination of a hilarious plot, original story, a funny cast and an outlandish setting.