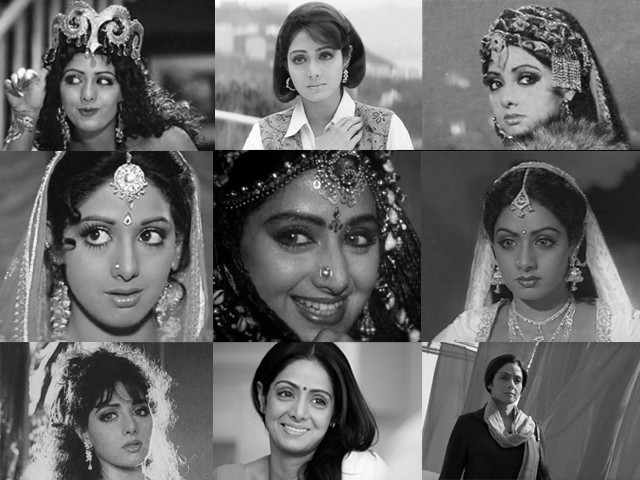 I would never fail to notice that how gorgeous she continued to look despite being well into her 40s.

When you are a young boy, you tend to hang pictures of people in your room whom you admire and love. Whose picture goes up on your wall depends on how old you are. When you are between five and 10, it is normally superheroes like Superman, Batman and so on. Then, as you age beyond 10, posters of superheroes get replaced by real life figures, like sportsmen and male movie stars.

Then, at a certain time, normally when you are well into teen years, pictures of female movie stars also start appearing. Of course, it coincides with adolescence and the time when you start developing interest in courtship and romance. The first picture of a female movie star or singer is often of a person who is also your first massive crush.

Just like all boys, I went through the same cycle. At one point, pictures of Spiderman and Superman were replaced by that of Arnold Schwarzenegger and Imran Khan. However, there wasn’t any picture of a female star despite me being well into my teens.

Then I watched Lamhe. Next day, I remember going to the shop and buying a huge poster of Sridevi Boney Kapoor.

I loved the movie and even more than the movie, it’s incredibly talented and beautiful star. Sridevi was mesmerising in the movie and showed exceptional range of acting skills coupled with an amazing diversity of facial expressions. I don’t remember how many times I rented the video cassette (those were the VCR days!) and watched it. During those times, it was the one movie I could never get tired of watching.

I became obsessed with the star and started to watch her older movies also. I watched Chandni, a movie revolving around a love triangle. She was brilliant and outshined both Rishi Kapoor and Vinod Khanna, despite the fact that both of them were also established actors.

I loved her in Mr India, which could easily have been called Ms India as she literally stole the show from Anil Kapoor. I was amazed by her acting abilities in Chaalbaaz where she played a double role of women with extremely different personalities. One role was of a docile and timid woman while the other of a strong and extremely confident woman. She played both roles with incredible ease. She was brilliant and looked incredibly pretty in Gumrah too.

Back then I was so obsessed with her that I actually started to dislike Madhuri Dixit, an equally brilliant star and her fierce rival in those days. My close friends of that time used to tease me about my infatuation with her, as in their opinion, it was bordering obsession. I would go to bookshops to browse through Indian magazines like Filmfare and Stardust just to find about box office standings of her releases. 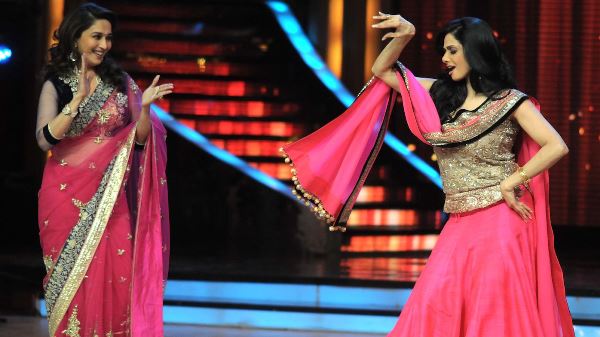 Showbiz stars are incredible as they are perhaps the only kind of people who transcend the borders in an age of hyper-patriotism. Here was a Pakistani lad having a hopeless crush over an actress who belonged to the supposedly “enemy” country. But for me, for that matter for millions of other Pakistanis fans of her, it was of no concern. She belonged to the entire subcontinent.

After she got married in 1996, she decided to settle for domestic life and was hardly seen on the big screen. With age, I also got over the level of infatuation which I used to feel for her. However, the affinity remained. After all, you don’t forget your teenage heroes and crushes! With the advent of internet, I would at times Google her name just to keep up with what was going on with her. Since she was not working, most of the news about her consisted of her appearing at some party or the other. I would never fail to notice how gorgeous she continued to look despite being well into her 40s. In fact, with age, she looked better and better.

After hiatus of so many years, she made a return in the memorable English Vinglish, in which she again gave a masterly performance. English Vinglish is beautiful story of a house wife who arrives in the US but cannot speak in English, a deficiency which often leads to her family making fun of her. She seeks respect from her family and in the process learns to speak the language. The speech in English she gives at the end was so beautiful and touching. Ironically, the first time I watched the movie was when I was on my flight was when I was coming to the US for my PhD.

All her movies including English Vinglish had one thing in common – she was the central figure. This by no means is a trivial thing as back in those days (for that matter even now) movies used to be completely male-centric and the heroine was just a sidekick, often added for increasing glamour quotient of the movie. This was, however, not the case for Sridevi. All her movies were women-oriented or at least had her in a very strong, central role.

I remember Khuda Gawah, which paired her with the legendary Amitabh Bachchan who always used to work in movies which completely revolved around him. However, even in that movie, Sridevi played an equally strong role. I remember one Indian movie journalist wrote,

“Khuda Gawah is a Sridevi movie which happens to have Bachchan in it!”

It was Sridevi more than any other heroine who elevated the status of female stars in the Bollywood industry, a fact which is acknowledged by many following heroines. In a male-dominated society and movie industry, Sridevi started as an exception, gradually paving the way for others to follow suit. However, she set such high standards that no heroine has been able to reach with respect to parity with the male stars. In her heydays, her pay cheque was often higher than that of her male co-stars. Only Madhuri, and in more contemporary time Deepika Padukone, come anywhere close.

Now, suddenly she has passed away. It was so sudden and out of nowhere, that the entire world has been left stunned. How could someone apparently healthy and physically fit die so soon?

Immediately after news of her death started to make global headlines, my younger brother who knew my teenage infatuation with her, sent a touching video message by Sridevi. In the video, she thanked Pakistani actors Adnan Siddiqui and Sajal Ali for their roles in her last movie MOM and broke into tears as they could not come for the premier in India due to the rising political situation between the two countries.

It was so touching. An icon rising above petty nationalist hate and showing her love for stars from the “enemy” country at a time where toxic nationalism reigns supreme on both sides of the border!

I became teary eyed after watching it, could not help it. In life, many times you are forced to reassess your views, stances and even your teenage idols. Life, at times, changes you. I have changed a lot since the 90s and have been forced to review many stances I have previously taken or the public figures I used to admire.

But Sridevi? No way. That video message reaffirmed my belief that at least not all my idols were flawed.

As I write these words, Lamhe’s beautiful song Yeh Lamhe resonates in the background. The lyrics are so beautiful and perhaps describe the collective sentiments which many besides me are feeling.

A beautiful part of my younger years has been taken away, and yes, “yeh lamhe yeh pal hum barson yaad karein ge (these moments, we will remember for years)”.

Thank you, Madam, for giving us those beautiful moments.